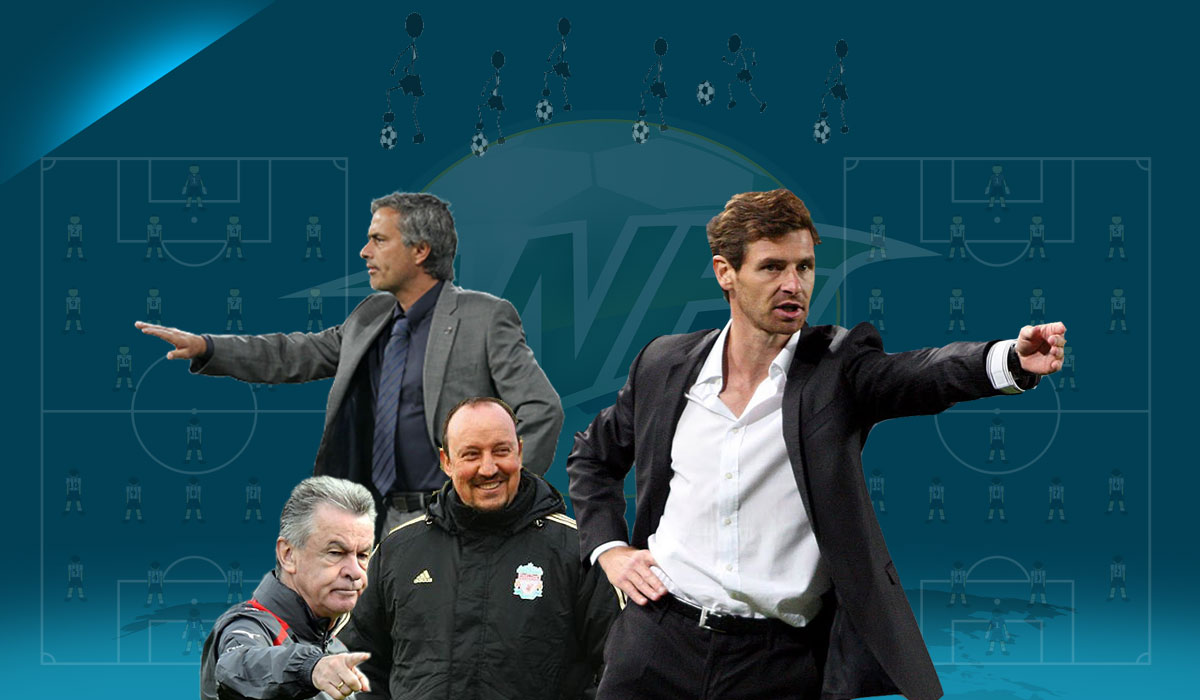 Hi Dan, Thanks for agreeing to this. I’ll just get straight into it. How did you get into coaching and what made you want to coach? It’s clearly something you wanted to do from a young age.

You can’t be born and raised where I was (in north Liverpool) and not have football ingrained into your consciousness.

The game is our escapism, our only sport and pastime. ‘Are you a red or a blue?’ is asked to Scouse kids as soon as they can talk. They’re taken to the match to witness feverish partisanship as soon as they can walk. It seemed obvious to me that I wanted to work in football from a very early age, after all, nothing else really mattered.

Where most kids, however, always pined to be a professional player, I knew that that was a pipe dream and decided to be a coach from a young age. As I got older people tried to dissuade away from coaching, and rightly so as it’s tough for young coaches, but I firmly believe that single-mindedness is an ingredient for success, and that any dream can be reached if you persevere.

I left university optimistic but struggled to find coaching work, and when I did eventually find a coaching job I struggled even harder, living on £60 a week working at after-school clubs.

I made the most of this opportunity by offering a local professional club some of the talented youngsters I was developing. Before too long I was a ‘youth scout’ for the club and began scouting on weekends on muddy pitches (I’ll say here that the volunteers who are keeping grassroots football alive are doing an amazing job, and do so for no financial incentive – a total contrast to the games higher echelon), before strengthening my hand by moving to a more successful local club where I was able to do some academy coaching, too.

In our country coaching is one of the most difficult careers to get in to – it’s almost as if the game doesn’t want coaches (I say that in relation to the cost of becoming a coach and the lack of real pay or opportunity); it’s also a testosterone ran industry with an insecure culture for a base, which makes a lot of nice guys grow sharp elbows. Or at least this is what I encountered when I was trying to force my way into the game several years ago.

At the top of the game however the coaches are helpful, considerate and passionate about developing their environment – not just their players but their coaching colleagues, too.

Men of this character are the cream who will rise, but a warning to young coaches: football’s base is laden with opportunists longing for the same things as you. If you persevere (sorry to repeat myself) then before long you will reap the rewards. And whilst it is easy to become a product of your environment, know that what people say is false, nice guys actually finish first.

You’ve pretty much summarised what happens in Liverpool there when you’re younger.  You said you wanted to be a coach from a young age so did you have any coaching idols, and if so, who? Is there anyone in particular you aspire to be like?

Any coach who has tasted success is somebody to aspire to, from Herve Renard to Rinus Michels. Nevertheless I’m inspired mostly by young guys who are destroying the archaic structure of the game. People like Ian Cathro, Pep Lijnders and Johnny McKinstry.

The forebear symbol and, to this day, my biggest inspiration, has to be Andre Vilas-Boas. By the age of 33 AVB had became the youngest ever coach to win a European competition, he was only the 11th coach in the history of the game to achieve a treble and, when Chelsea came calling, he was the most expensive manager of all time, costing £15m in compensation.

As equally impressive however, is how he inspired and paved the way for a generation of young men who longed for a career in scouting, performance analysis and coaching. Pretty impressive for a guy who played Football Manager right up until his Academica appointment.

On the other hand, if I were to try and mimic his approach and style of coaching I would be a fool. There would be no need for me, because there is already an AVB, and I’d never be as good at being AVB as he is! So whilst it is perfectly  fine to aspire to other people, you’ve got to learn to be your own man – in coaching and in life.

I know you’ve spent sometime working with Tim Lees, did you learn much from him and did any points from his philosophy stand out to you?

I wish I had spent longer watching Tim and his coaches work. He’s a talented guy with a massive future and I’m thankful to him for letting me soak in some of his sessions. I would let their (other coaches) intellect influence mine.

I recently wrote my own philosophy to share with the football community and it’s 15,000 words long. It is a product of years and years of reading, watching and note taking, influenced by chaps with far more experience than me.

It probably took so long to gather the information because of the selfishness of football – knowledge is gold dust – but Tim and top coaches like him are the contradiction. Thankfully they have amassed so much knowledge that they are able to share it freely and although they are so busy, they somehow have the time to help young coaches on their journey (buy Tim’s book if you’re serious about improving as a coach).

You mention writing your own Philosophy, and I’ve been fortunate enough to read it, but did any teams in particular inspire you?

I have a deep-rooted respect for Chelsea and the environment Jose Mourinho has created. Whilst it is insulting to say that he is a pragmatist, he certainly is a reactionary coach, which I feel is crucial for success at the top level.

He believes in positive transitions at a high tempo. He believes in his team having a strong spine and he looks to deny space in central areas for the opposition. His central aim is to win every game, achievable by developing players and giving them confidence – a methodology of improving the individual for the benefit of the collective. If the individual has an ego, that is welcome, but he must always work for the team to make the group better.

Psychologically he is the master of creating an ‘us-versus-them’ environment, putting the fighting spirit into his men. All coaches should seek to install the same principles into their coaching environment, as best as they possibly can.

What Mourinho understands better than most is the need to be reactive and tactically flexible in knock out fixtures. Recent history has shown that the most pragmatic teams have achieved more success; consider how some of the great Champions League winning teams have had a combination of pragmatism, a solid defence and a reliance on specialised needle/match-winning player;

Mourinho is joined on the above list by Ottmar Hitzfeld, Carlo Ancelotti, Rafa Benitez, Alex Ferguson and Roberto Di Matteo – leaders who share characteristics of either creating a strong central spine, favouring players who can dictate and slow the tempo of the game, are able to react well to in-game scenarios, and most unifying, look to seize upon quick transitions to attack from the defensive third.

You’re a researcher for the Football Manager franchise, does that help you as a coach in any way?

No more so than it would as a player of the game: the only difference being that I input the stats for players rather than search for them. I suppose you’ve got to have a strong understanding of player performance and how a footballers rating out of 20 for, say, balance, is shown by his humanness on the wet grass of a Premier League fixture.

More than anything, doing the research for Sports Interactive has helped me as a scout, and has allowed me to value the financial side of our contemporary game and the worth of players, and the factors that influence value.

Being a player of FM allows us to identify under-valued players worldwide and the countries where these players tend to be based, with this being something that I would look to utilise should I ever find myself in a ‘head of recruitment’ role.

Finally, this may sound cliche but what would be your dream job when you’re older?

Older?! I feel old now. I’d one day love to be a university lecturer, having previously helped the club I love return to her gorgeous perch somehow. Whether that was as a scout, director of football or as a coach, I don’t care, that would be the dream.

I know how ‘cringeworthy’ it is to hear a person talk about a theoretical potential legacy, so I won’t go there, but I will say this; Chuck Palahniuk’s quote should be applied to the lives of all men, whether they be a butcher, baker or candlestick maker: “We all die. The goal isn’t to live forever, the goal is to create something that will.”

Be that the warmth you share with your family, or the outcome of your career, it is essential to make our time here meaningful.

You can find Dan at @Leftwingsoccer and you can always visit his website leftwingsoccer.com