10 Young Players to Look Out For in The A-League 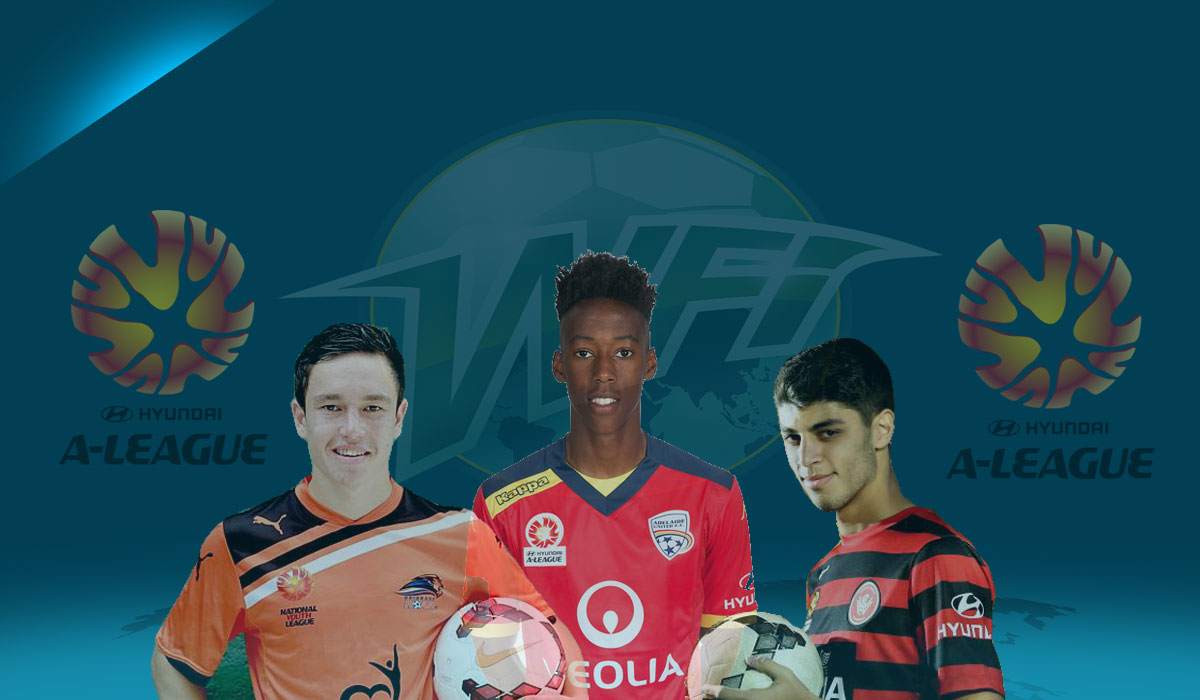 With the likes of Terry Antonis, Awer Mabil and Tyler Boyd scoring moves from the A-League to Europe last season, it is clear that Australia’s premier footballing division is an effective platform for young players to take their talents abroad.

With Season 11 inching ever closer, we take a look at the young blood likely to take the league by storm in 2015/16.

The Kenyan-born flyer seems to be the natural successor for Reds fan favourite Awer Mabil, who departed for FC Midtjylland in Denmark.

Joining Adelaide’s youth system in 2013, Kamau hit the ground running with 16 goals in 44 appearances for Adelaide Olympic before making the move to the first team last season. Playing second fiddle to the likes of Mabil, Sergio Cirio and Craig Goodwin last season, he used his few opportunities in the first team to showcase his electrifying pace and skill to the Hindmarsh faithful.

Highlights of his season included strong appearances against Wellington Phoenix in the FFA Cup and Spanish outfit Malaga in pre-season. If all goes to plan, Kamau can hope for a big season as United’s new fan favourite.

19 year old Clut has been on the books at Brisbane since 2013, and made a memorable debut in 2014 with a stunning volley against Wellington Phoenix.

While he struggled to make consistent appearances for the remainder of the Roar’s championship winning season, solid performances in the Asian Champions League and two more stunners against Spanish giants Villareal had local fans salivating.

One final cameo against Liverpool, in which he nearly added another stunner against Simon Mignolet, proved that Season 11 may be the stage where Clut establishes himself as a key member of Brisbane’s midfield engine, and his long range strikes go down in Roar folklore.

The Mariners have an impressive track record of producing top class exports, and in young defender Neill they may have unearthed yet another gem.

Having youth experience with the likes of Portsmouth in England, a 17 year old Neill was offered a five year deal with the Mariners in 2013 after a series of impressive youth league performances. While a horror run with injuries has limited his appearances across two seasons, he has shown an array of skills of both defending and attacking from the left fullback position, while also showcasing an ability to slot into the centre back position if needed.

While the Mariners will be against the odds to even make finals this season, the Yellow Army can look forward to another prodigious talent taking Gosford by storm.

At only 20 years of age, Melbourne City hard-hitting centre-half Chapman has already proven to be a favourite of John van’t Schip, slotting in alongside Patrick Kisnorbo ahead of experienced Dutch defender Kew Jaliens and former club captain Rob Wielart.

The only hiccup came in the matchup against Western Sydney in March, when he received his marching orders for manhandling referee Strebre Delovski. Composed on the ball and comfortable playing out of defence, if Chapman can eliminate the aforementioned brain-fades from his game, he may become one of the league’s most domineering A-League defenders.

The addition of experienced premier league defender Aaron Hughes to City’s list will give the youngster competition for a starting position, yet will also provide a valuable mentor and should have a positive impact on his development in the coming years.

The champions of Season 10 may have the most potent attacking force in the league, however, the Victory’s most promising youngster plies his trade at the other end of the park.

Scott ‘Scoot’ Galloway was given a baptism of fire on debut in 2013, starting against arch rivals Melbourne City at the tender age of 17. Since then, Galloway has strung together 43 appearances for the Victory, and even managed to score his first goal against Wellington last season. However, with Daniel Georgievski now a lock for Galloway’s favoured left-back position, the AIS product would be better served adapting to the right side of defence and challenging fellow young gun Jason Geria for the starting spot.

Galloway has shown ability to play on either side of the park, and if he gets the nod ahead of Geria, expect European clubs to sit up and take notice of his excellent stamina, passing and vision.

Although the Jets faced a sizable player Exodus after (and during) last season, the calamitous few months gave the chance for future stars such as Pavicevic to come through the ranks and show what they had to offer.

The former Marconi Stallions man made the best possible impression when given the chance to debut at the Hunter, netting a shock equaliser against Season Nine Champions Brisbane Roar. Combine this with an impressive 15 goals in 35 appearances with the Jet’s youth team, and it is clear that the stage is set for a new star to rise from the ashes of last year’s shambolic campaign.

Like the Jets, Perth will be keen to forget the unravelling of their booming campaign last season due to the salary cap scandal that saw them expelled from the finals series and lose a large contingent of top players. However, the signature of young defender Alex Grant may be a step in the right direction for the embattled Glory.

Having featured for five English sides across four divisions, the 21 year old was released by Premier League outfit Stoke City at the end of the 2014/15 season, in spite of an impressive loan spell at Macclesfield Town. A resolute figure in the heart of defence, Grant has the chance to combine his own extensive experiences in England with mentoring from seasoned defensive duo Dino Djulbic and Michael Thwaite, provided the latter does not secure a move away from Western Australia, as recent rumours suggest.

Even so, Grant has the composure and ability to ensure that if the Glory do lose their captain, they have a capable replacement in the former ECU Joondalup junior.

With a Grand Final appearance and 34 other games under his belt, Sky Blue speedster Naumoff already has more experience than his age suggests.

Blessed with pace, creativity and an eye for goal, he was the toast of the league after last year’s semi-final, where he tormented the right flank of Adelaide’s defence, and contributed a man of the match performance in the 4-1 victory.

Like most of his teammates, his Grand Final was hardly impressive, yet it seems unfair to judge given the impressive form of the Victory on the day.

We know for a fact that Graham Arnold has the ability to take young players and transform them into top talent: look no further than former Mariners Mat Ryan, Mile Jedinak and Trent Sainsbury for proof. Only time will tell if ‘Kiki’ Naumoff is the latest prodigy to emerge from the Arnold Football Factory.

A-League fans could probably be forgiven for being unaware of young midfield upstart Ridenton. However, such has been his form since a single season at the Nix and representation of New Zealand at Under 17 and Under 20 levels that All Whites coach Anthony Hudson bestowed upon him his first international cap against South Africa in 2014.

Blending speed and stamina with impressive technical ability, Ridenton now needs to prove that he can challenge for a position in the starting eleven against the likes of Albert Riera, Michael McGlinchey, Roly Bonevacia and Alex Rodriguez. No mean feat for any player, however, the boy from Auckland may just turn a few heads if given a chance by Ernie Merrick this year.

Continuing the theme of defenders throughout this list, young centre-half Aspropotamitis proved to be a silver lining in what was otherwise a season to forget from the Asian Champions.

Despite possessing a name that will give any commentator nightmares, the former Sydney Olympic stalwart handled an enormous amount of pressure when called to cover for injured Socceroo Matthew Spiranovic mid-year.

A series of strong performances led to the youngster eclipsing Brendan Hammill in the Wanderers pecking order, a position he will fight to maintain heading into the new season.

With tutelage coming from Wanderers captain and experienced defender Nikolai Topor-Stanley, Aspro may well be ready to bring the Wanderers back to the top of Australian football.