How Leicester City Won the League, and How You Can Too 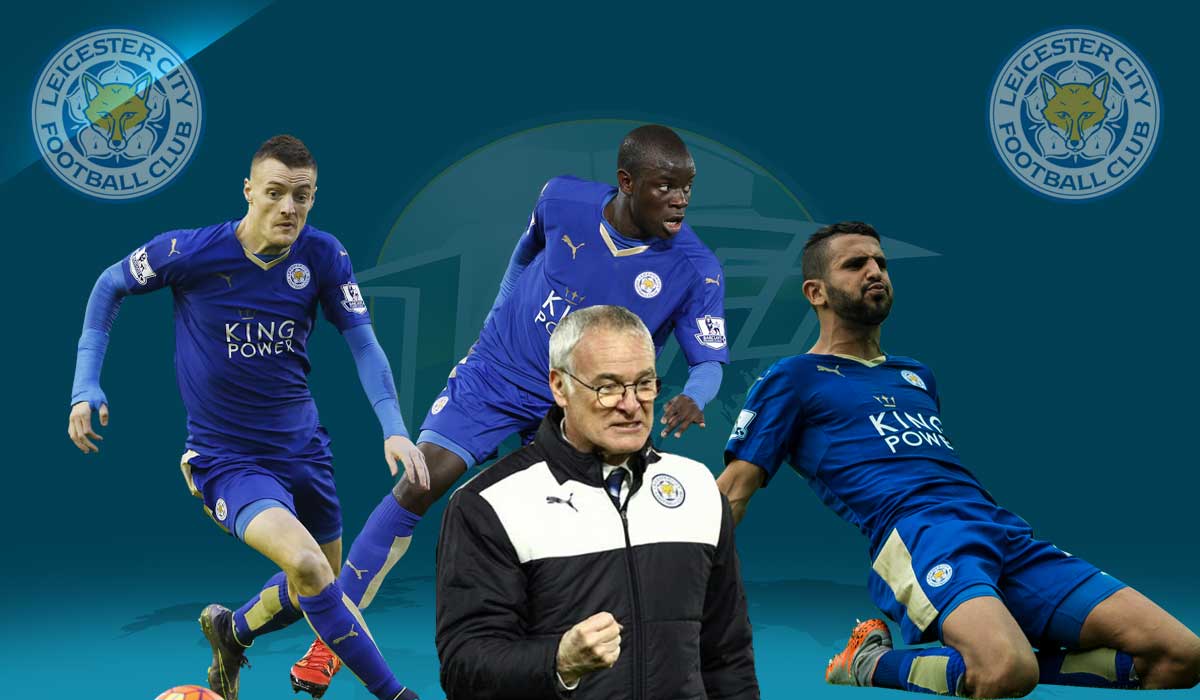 Tottenham may as well not bother. Everton? No chance. Aston Villa once tried and invariably failed, while Newcastle never looked like they could sustain their challenge. But Leicester?

In the mid to late 2000s the Big Four were unbreakable. Or so we were told.

Until the end of time Arsenal, Chelsea, Liverpool, and Manchester United would dominate the top four of English football, securing those Champions League spots season after season with little to no competition.

Between 2004 and 2009 the Big Four dominated the lucrative European qualification places, and the doom-mongers predicted endless misery for the rest of the league.

But look back at the history of English league football, and the cycles are there for all to see.

Aston Villa, Huddersfield Town, Arsenal, Wolves, Liverpool, and Manchester United – amongst others – all had their moments of dominance, but the spotlight would eventually drift across the stage onto someone else. And despite the age-old worries that it won’t, it always does.

As recently as last year there were suggestions that a top four monopoly existed. The Guardian’s David Hytner wrote “The top-four clubs mean business. The chasers must summon something extremely special.”

Thanks to Tottenham Hotspur and Manchester City, the Big Four had already been broken up. City even dared win the league title, twice, under Roberto Mancini and Manuel Pellegrini.

Liverpool had a go too, but not until the 2015/16 season had a team really ignored the preconceptions of what a Premier League table should look like.

Why shouldn’t a team like Leicester win the league?

Save for sending-offs it’s eleven versus eleven. They also have a significant wedge of cash to build a team, and they have 38 games to get the 80-plus points required to challenge at the top.

There are 114 points available throughout a 38-game season, and given the poor management – especially when it comes to recruitment – of many of the other teams, a lot of those points should be fairly easy to get.

For starters, beating the worst ten sides in the league home and away will get you 60 points.

Leicester’s recruitment was spot on, making signings for roles in the team rather than splashing their shiny new TV money on supposed bigger names just because they can.

They knew how they wanted to play and signed players accordingly, regardless of reputations or the unsound but regularly touted idea that players need to be Premier League proven.

Shinji Okazaki, Robert Huth, Christian Fuchs, and, perhaps most significantly, N’Golo Kante, all arrived in the summer of 2015, and all have been vital in their own way to their team’s success.

French midfielder Kante ended up in the team of the season, and could feel slightly aggrieved to have been beaten to the player of the season award by team-mate Riyad Mahrez, but he won’t mind.

While Mahrez, who joined the club from Le Havre in January 2014 for £350,000, has been a revelation under Ranieri, he’s only been allowed to be thanks to the work of Kante, plus Danny Simpson, Okazaki, Wes Morgan, etc, etc.

Kante’s game is built around allowing his team-mates to shine. He protects the centre-backs Huth and Morgan, while also providing a platform for the pace of Vardy, Albrighton, and Schlupp, and the trickery of Mahrez.

Even if they lose the ball further up the pitch, Kante is their insurance policy – and a low cost one at that.

Leicester are an example of how a club can build a team which is greater than the sum of its parts by acting as a unit on and off the pitch, rather than buying overly expensive separate parts which don’t quite fit together.

They’ve also proven that you don’t need a marquee player to do well, or to gain recognition, and if the team performs well enough then it can create its own stars and increase its global reputation in this way.

They also have one of the lowest wage bills in the league, while the two teams which top the wage expenditure table – Chelsea and Manchester United – aren’t even in the top four. How can this be?

Financially the odds are stacked against them, so they’ve had to work out other ways to gain an advantage, taking a step back from the big money bubble which football has become and going back to basics.

Deciding on a strategy, signing players to fit it, and appointing a manager for whom these players want to perform seems like common sense, but so many other clubs fail to do this.

The Foxes along with Spurs and, to a certain extent, West Ham United, have taken advantage.

“The art of winning in an unfair game” is the byline from Michael Lewis’s 2003 book Moneyball, which looked at Oakland Athletics rise to the top of Major League Baseball, despite the fact they were competing against teams with much greater financial clout.

The transfer of these ideas from baseball to football has met many obstacles due to the differing nature of the two sports.

Football is a sport where an almost unlimited amount of outcomes are possible in each situation, and anyone who watches the Copa Libertadores competition in South America will tell you of the infinite number of variables which can affect these matches!

Football clubs have tried to replicate the Moneyball methods as best they can by increasing the emphasis on data analysis, using advanced scouting software, and monitoring player’s actions and fitness in great detail, but football needs its own revolution rather than trying to copy Baseball’s.

A Spectre is Haunting Europe – The Spectre of Leicester

This revolution may have already started, but given that Leicester City are playing in the most watched league in the world and they’ve pulled off one of the biggest upsets in sporting history, they are now the highest profile example of football’s new way of thinking.

It’s not all about statistics and data, it isn’t all about the hunch of the scout who watched the player, and it isn’t all about marquee signings of supposed proven players – it’s about combining all the tools at a club’s disposal to produce the best results on the pitch, even if this means signing a player from the French second division.

This set of tools should include traditional scouting, data analysis, tactical analysis, sports science, and sound coaching philosophies which run through the club, but it shouldn’t rely on any one of them over the others.

Like Leicester’s team they need to work together towards the end goal: winning. If this happens, then every player, department, staff member, or fan will benefit individually anyway.

Big money signings will still be made and some players – such as Luis Suarez, Alexis Sanchez, Zinedine Zidane, Cristiano Ronaldo, Rio Ferdinand – can still justify these fees, but, perhaps with the exception of the Galactico obsessed Real Madrid, the players will be bought to fit an existing system, rather than being shoehorned in or dictating a new one.

Although you could probably argue that Galactico is a system, a way of playing, and a tactical philosophy!

The preconceived ideas of what football should look like – from the league table, to the tactics board, to the players, and to the the back-room staff – are finally being challenged on the big stage.

But while the smaller clubs might be the ones forced to play catch-up and look for new methods to win, the bigger clubs adapt these methods themselves, meaning Leicester will have to look for the next advantage.

Football, or soccer, is in a continuous cycle of reinventing itself and the way it’s played, but every new movement needs a leader.

But now, the leaders of football are Leicester City.

Leicester City are the leaders of football.

Loading...
Newer Post
Are These Players Coming to the Premier League? A Look at the World’s Media
Older Post
Premier League Prospects – Wonderkids Linked with Moves to England