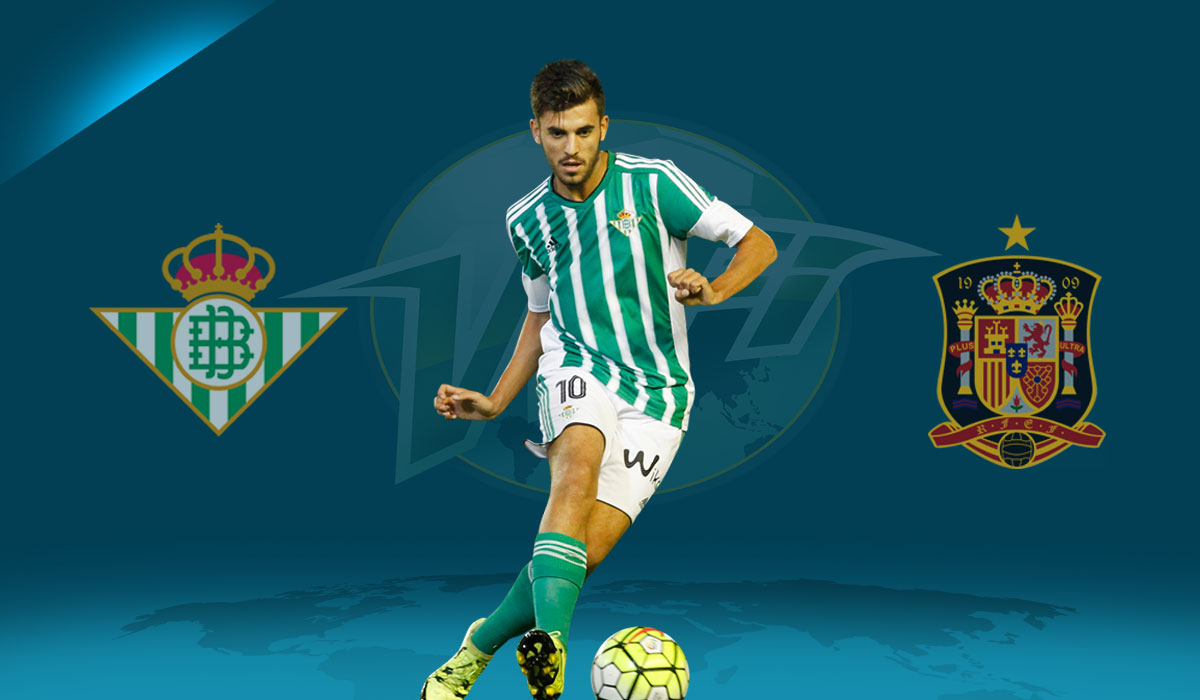 Rich and endless talent pools at international level are few and far between.

They tend to coincide with teams winning major tournaments and a prolonged period of dominance.

At the moment France’s depth of talent is frightening. Antoine Griezmann, Karim Benzema, Alexandre Lacazette, Mousa Dembele and Kylian Mbappé give you an example of the options at Didier Deschamps disposal and that’s only for the position of striker.

The last team to take complete advantage of the tools at their disposal were Spain.

Back in 2008 Vicente Del Bosque introduced the world to something called tiki-taka and sat back as Xavi, Andres Iniesta, David Villa and many more passed the world to the point of despair and defeat.

Trophies and accolades were won with ease until 2014 when they left the World Cup in Brazil at the group stage.

Fast forward to today and Spain are piecing together a new squad. Julian Lopetegui has been tasked with combining youth and experience. In an interview with the Guardian in November of last year Lopetegui said: “Comparing generations won’t help us win” and he is right.

If you look back too much, as tempting as it is to reminisce about the good old days, you lose sight of what’s ahead of you and that is exactly where Lopetegui has his gaze fixed, toward the future.

With that in mind a young Andalusian midfielder has been quietly impressing many in the city of Seville. So much so that Lopetegui phoned this player in January to offer encouragement in his development.

The name of this prodigy is Dani Ceballos.

Ceballos has had to deal with rejection, praise, illness, being frozen out of the team, and adulation. Bearing in ind the midfield maestro is only 20, he has had to develop mental toughness quicker than most. Released by Sevilla aged 8 due to bronchitis, he was eventually picked up by the second team of Seville, Real Betis.

His breakthrough year was the 2014/15 season. Betis were in the Segunda División having been relegated with a whimper the following season and wanted to bounce back instantly. Ceballos, though only 18 years old, established himself in the first team from the fourth game of the season — a 1-0 loss to Leganes — till its conclusion which saw Betis win promotion as champions.

Ceballos managed five goals and assists that season, and was most instrumental from the 8th of March when Betis defeated Real Valladolid 4-0, sparking a run of ten wins from the final thirteen games. Ceballos started most of them.

Following domestic success with his club, Ceballos travelled to Greece in the summer of 2015 with the Spain under-19 squad who triumphed at the European Championships.

He was once again a crucial figure in the team playing just behind tournament golden boot winner Borja Mayoral, and grabbed an assist late in the semi-final against France.

He was named in the team of the tournament along with other potential superstars Marco Asensio, Kingsley Coman and Timo Werner.

The following year was one acclimatisation for Ceballos. He played more than thirty games in La Liga in the 2015/16 season with consistent form.

He was played mostly through the middle — the area in which his nimble feet and quick thinking were most effective. Behind the scenes managers came and went as the club were desperate to survive.

Pepe Mel was sacked on the 10th of January and Juan Merino wasn’t hired till the 3rd of February. Even he was a stop gap as former Zaragoza midfielder and Uruguayan legend Gustavo Poyet agreed to try his hand at Spanish football when the curtain came down on that season.

Poyet arrived as a fan of Ceballos. So much so that when Atlético Madrid manager Diego Simeone reached out and enquired about taking Ceballos to the capital, Poyet vetoed the move, saying that the youngster was too important to the future of the Betis team.

With this in mind the events that unfolded during the opening months of the season left many fans of Los Verdiblancos scratching their heads in confusion.

Whilst Poyet was at the helm, Dani Ceballos started one game, a 1-0 loss against Real Sociedad. He came on as a sub in three other matches and was an unused substitute for three more, as well as not being apart of the match day squad for an additional three.

Poyet seemed to question the appetite and attitude of the midfielder and hoped that having to fight for his place in the team would be a catalyst for his development as a player. This would prove to be one of many factors that lead to the premature end of Poyet’s time in Andalucia.

The final appearance that Ceballos made under Poyet came just after the hour in a home match against Real Madrid. The score was 1-5 to Los Blancos and ended 1-6. This game was seen as the ultimate humiliation by many of the hardcore Betis fans.

Despite beating Osasuna in the following game, a 2-0 defeat to Villarreal prompted the Betis fan group ‘Gol Sur 1907’ to announce that they would mass protest every game until Poyet was sacked. On the 12th of November they got their wish.

Víctor Sanchez was hired, Ceballos was reinstated to the starting eleven and Betis won Sanchez’s first game in charge 2-0 against Las Palmas.

From then Ceballos has started all but one game with his ability shining particularly brightly when reigning La Liga champions Barcelona visited Benito Villamarín on the 29th of January.

With the demoralising defeat at home to Madrid still in the memories of the Betis fans this game was about establishing pride.

It was a game Los Verdiblancos dominated and even though Suarez was denied a clear goal, the Barcelona manager Luis Enrique looked at the 1-1 result as a point gained rather than two dropped, such was the dominance of Betis that day.

Ceballos hit the woodwork minutes before his team took the lead through Álex Alegría.

He also caused havoc with his constant dribbling and tricky technique, as well as being the glue that held his team together in the middle of the field.

Under Sanchez the results haven’t been spectacular but Ceballos is beginning to reap the benefits of his managers backing and knowing he is playing every week.

Lopetegui emphasised in the aforementioned interview how unfair it is to compare the old Spanish team to the new one due to its legendary status in footballing history.

Dani Ceballos has had to face rejection at an early age, won promotion, an international tournament, has rumours linking him with teams from Atletico to Napoli, as well as being frozen out of the team he loves.

He has learned to follow his own path from an early age, many in Spain will hope that path leads to glory.