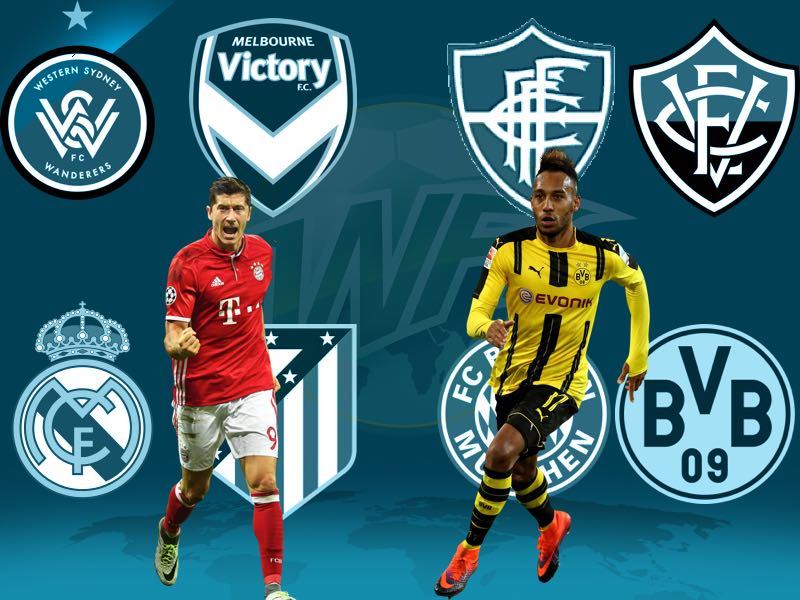 Friday’s Worldwide Five: Australia to Spain, supermarkets, tinker-men plus the biggest game in Europe this weekend.

Hot and Cold in the Harbour City

I couldn’t think of nicer place to go on holiday right now than Sydney Australia so let’s jet off for some golden sun in the Harbour City. Whilst we’re there we could check out the A-League fixture that could result in a thunder storm. The Wanderers have won their last three games back to back and find themselves in red hot form. Their opponents, The Victory, bring the cold front to this weather storm. Losing three from their last four fixtures they haven’t managed to find the net in any of those defeats, which must be excruciatingly frustrating for Victory’s prolific centre forward Besart Berisha.  The Kosovan needs one more goal to become the first player to score 100 times in the Hyundai A-League. Fifth host a despondent second in Saturday’s early game — well early if you live in the UK like me.

¡Damas y caballeros, su atención, por favour! What was once a guaranteed victory for Real, at home to their city rivals, has now become a fixture for Los Blancos to fear. Incredibly it has been four years since Atlético Madrid last lost in the Bernabéu, they have won the last three league games there. However, when these two sides met earlier in the season it was Cristiano Ronaldo who stole the headlines with a tremendous hattrick. Real have pulled out a 10-point gap over their neighbours but Los Rojiblancos could give Barcelona a massive boost should they win yet again in their rival’s backyard. This fixture is always hotly contested and this iteration should prove to be no different.  Can one side of Madrid cripple the other’s title aspirations, or, could Cristiano Ronaldo make it six goals in two games versus Diego Simeone’s men from the Vicente Calderón?

Eagle eyed WFI Sul Americano viewers may have noticed something a bit odd in Brazil this week.  Fluminense de Feira visited Vitória in a Bahia Championship qualifying fixture.  If you aren’t familiar with this competition you can be forgiven as it is a local football league in the state of Bahia. “What has this fourth-tier matchup done to deserve the attention of the World Football Index?” I hear you cry. Well remarkably Fluminense de Feira decided to debut a bizarre advertising campaign which may, or may not, take off globally. They used their shirt numbers to advertise the price of local supermarket products.  Here we can see that Palmolive Shampoo is only 5 Reals 98 whilst a Pizza you can buy for just under 11 Reals………. Thankfully Vitória smashed six goals past them.

Claudio Ranieri is in the reportedly in the frame to take over as the new coach of the Thai national team.  This is rather ironic as the recently sacked Leicester City manager only guided the Foxes to the title after their previous manager, Nigel Pearson, was ‘moved on’ due to the fallout of an incident which took place in Thailand in 2015.  Whilst Ranieri may have won the biggest prize in English football his International management hasn’t been so glorious. The former Greek national side manager was sacked after a defeat to the Faroe Islands in 2014. A recent poll in Thailand showed the tinker man would be a popular choice for the locals, 68% answered YES to the question “Would Ranieri be a good fit for the Thai job?”

Whatever your plans are for Saturday they must include this battle between Germany’s two biggest clubs of recent years.  Bayern Munich host Borussia Dortmund in what is known as Der Klassiker. This season’s matchup is a little on the deflated side; Bayern are romping to what looks like their 27th league title whilst Dortmund have stuttered somewhat, due to the summer departure of Mats Hummels, Ilkay Gündogan and Henrikh Mkhitaryan. However, what this fixture will bring is a meeting of the top two in form strikers the Bundesliga as to offer. Robert Lewandowski will host Pierre-Emerick Aubameyang in what should be a top class fight for the Torjägerkanone – The Bundesliga’s top scorer award. The two strikers are separated by one goal, Aubameyang currently sits on 25 goals this season with Lewandowski on 24. Who will be on top come 8pm local time?