Is Ryan Sessegnon Ready for England? Are England Ready for Him? 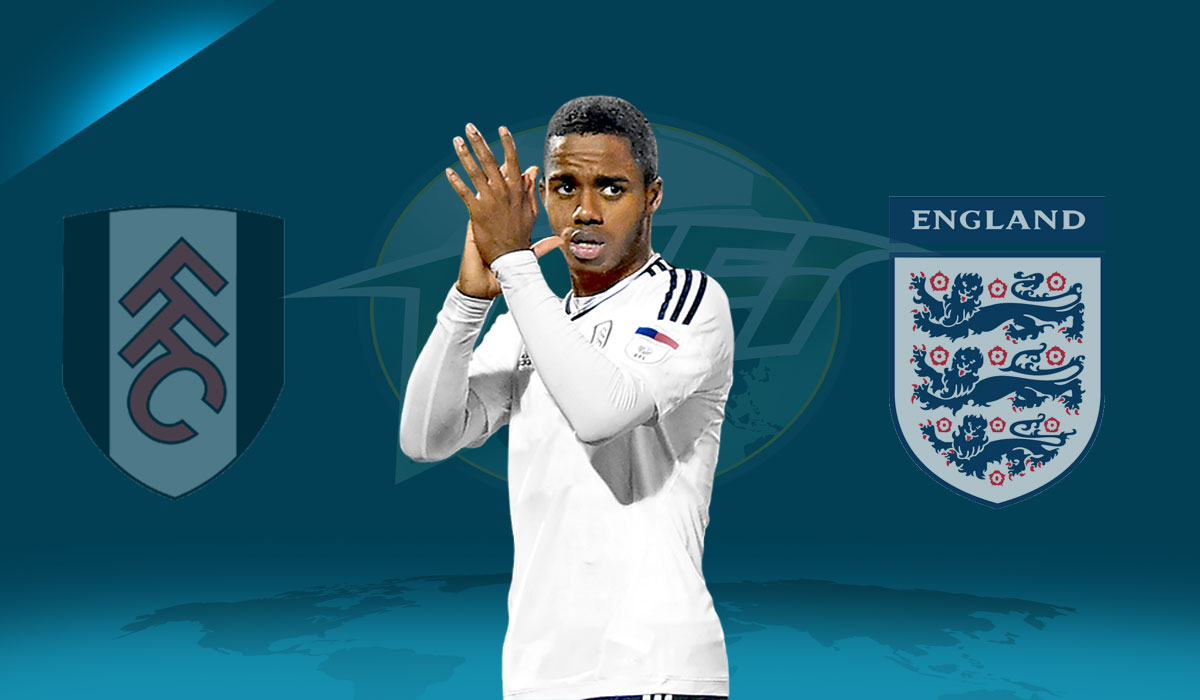 While the retort to anything in this article could be Theo Walcott, 2006, or quite simply no, the fact that “The best current left-sided English player is a seventeen-year-old in the Championship” doesn’t sound like hyperbole means that the prospect of Ryan Sessegnon lining up for England in the near future is not as silly as it seems, writes Grant Jendo.

Amongst the claptrap, there was an element of truth: buzzwords took on a new weight, and the fruits of the ever-flawed FA’s labour had started to ripen.

In 2017, England’s youth teams prospered — they reached finals and, more often than not, they won their respective tournaments outright on the continental and global stage. It seemed a winning mentality might just be entwined into ‘The England DNA’ after all.

The questions that inevitably follow such success, especially when it comes to England, are whether it can be transposed to the senior team, and if not, why not?

Since Gareth Southgate’s appointment as England manager – in the aftermath of you-know-what – the seniors have sleepwalked through yet another easy World Cup qualification stage, with nary a challenger in sight. As a result of this, he has deliberately set his team out against a series of elite opponents to test his players’ mettle, with mixed success.

Germany’s pass-the-ball-to-Podolski-so-he-can-score-on-his-final-cap plan worked to perfection in Dortmund, and Iago ‘Corner’ Aspas started Spain’s comeback at Wembley as they came from 2-0 down to somewhat accidentally snatch a draw in added time.

While Southgate’s most recent results in charge of England are a pair of semi-awkward nil-nils in ‘glamour’ friendlies at home against Germany (again) and Brazil, he does have a decent record, with 7 wins and only 2 defeats in his 14 games in charge. This follows on from his 33 games at the helm of England’s under-21 side, where he won 27 and lost only 3.

Of course, results are not the order of the day when it comes to international friendlies, performances are, and while they’ve ranged from naive to impressive (often in the same 90 minutes), Southgate has a clear set of ideas: from favouring a back-three system, to giving games to the relatively untested Joe Gomez and Harry Maguire ahead of someone like Chris Smalling, purely because they suit bringing the ball out more than an established Manchester United defender with 31 caps to his name.

Such bravery and consistency should be commended, especially if he does the right thing and finally drops Joe Hart, but how far will this bravery go?

Left back – or, in England’s case, left wing back – isn’t exactly a ‘problem position’ for Gareth Southgate, but it’s far from straight-forward as to who should wear the number 3.

Fitness permitting, Danny Rose seems to be the number one choice, with Ryan Bertrand a more-than-capable understudy, but the Tottenham man’s comments in the summer and successive long-term injuries have fractured his relationship with Mauricio Pochettino, and he will have work to do to get back in at his club ahead of the impressive Welshman, Ben Davies.

Luke Shaw is still an obvious talent, but his inconsistent inclusion (verging on ostracism) under Jose Mourinho means he lacks the requisite minutes to be worthy of inclusion. Another option would be Ashley Young, but given that the converted winger will turn 33 in July, it would be far from a long-term solution, even if he has undergone something of a renaissance of late.

As a result of his own injury problems, Leighton Baines looks to have slowed down, and he no longer looks the player that once risked outgrowing Everton. Further down the pecking order, the likes of Charlie Daniels and Aaron Cresswell – solid Premier League players in their own right – are seen as being in the vaguest of accepted pigeonholes: below what’s required at this level.

But perhaps below is exactly where England should look, at least in the more literal, football pyramid-based sense of the word, if only for the sake of this contrived segue.

In short, Ryan Sessegnon may only be 17, and while he may not play in England’s top flight, he’s played 2672 minutes in the Championship, scoring 11 goals and laying on another four in the process, all for a team that are challenging for promotion.

The Fulham prodigy, on the back of winning the UEFA European Under-19 Championship with England, has added coal to the hype train’s furnace by justifying the interest shown in him in the summer with a number of man of the match displays.

Operating at left back or in an advanced left wing position, he has used a combination of skill, intelligence and outright pace to befuddle the opposition, all the while displaying the kind of defensive solidity the modern full back often lacks, no matter how far up the pitch he’s deployed. If only a position existed where he could combine the best of both worlds.

“I’m enjoying my position on the left wing because I think I’m affecting the game more in terms of goals and assists. But I’m happy to play wherever I’m told.”

There are a few contrived metrics – for which we probably have the Messi-or-Ronaldo era’s fondness for measurements such as the calendar year to thank – that nonetheless show the absurdity of Sessegnon’s achievements, such as the fact he has more goals than any under-21 player in any of the 13 leagues tracked by WhoScored, or that, since Christmas Day, he has been directly involved in more goals than any other Championship player.

For a player that looks destined to be snapped up for tens of millions of pounds by one of the top six teams in the Premier League in the summer, after which he will surely be seen as being ready for international football, why not accelerate the timeline a little and give him his first cap before the World Cup? In other words, what if he plays as well as it looks like he probably would?

Beyond the stats – here, have a nosey – there is what your eyes tell you: from a pure ability point of view, he looks ready for the step up, and he already seems mature beyond his years, as evidenced by the fact he was in no rush to leave Craven Cottage behind if it meant risking the minutes he would receive on the pitch. The hype existed long before this season got underway, and he’s shown no signs of being unable to cope.

Of course, life is not a video game, and while picking a kid from the Championship for the full England squad is not as straight-forward in reality as it would be in Football Manager, it would still be a relatively risk-free endeavour, especially in light of the aforementioned uncertainty of England’s other options down the left.

After all, Ryan Sessegnon is not Theo Walcott, and Gareth Southgate is not Sven-Goran Eriksson, so while the temptation to shield a youngster from scrutiny is understandable, the fact remains that everybody already knows how bloody brilliant he is, so why shouldn’t a manager use what’s at his disposal – a player with blinding talent that excels at a competitive level – instead of being bogged down by Yeah, but…?

Yeah, but… would he be as good at a higher level?

Yeah, but… the Championship is one thing, innit?

Yeah, but… what else are friendlies for?

No matter what the ballot box says, conservatism doesn’t suit England, and nor should it. Sooner or later, they have to give in to the idea that the kids are more than alright — doing so would be the bravest course of action, and it would fall in line with everything Southgate and the FA have set out to achieve.