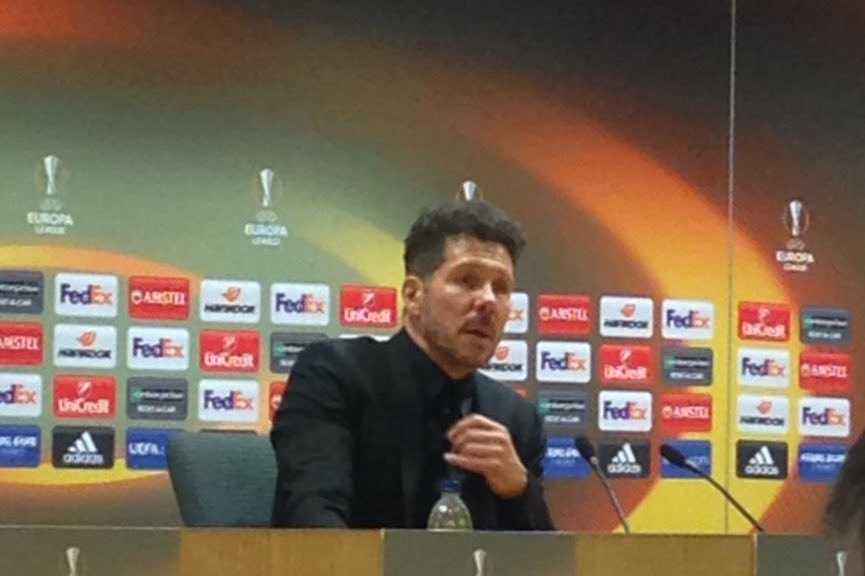 Arsenal were out-defended and outwitted by ten man Atlético Madrid in the first leg of their Europa League semi-final.

An eventful opening set the tone for a game which saw the best and the worst of both sides, but a dogged defensive display and some excellent goalkeeping saw Atlético hang on and eventually claim a vital away goal.

WFI’s James Nalton was at the Emirates, and picked our three to watch. 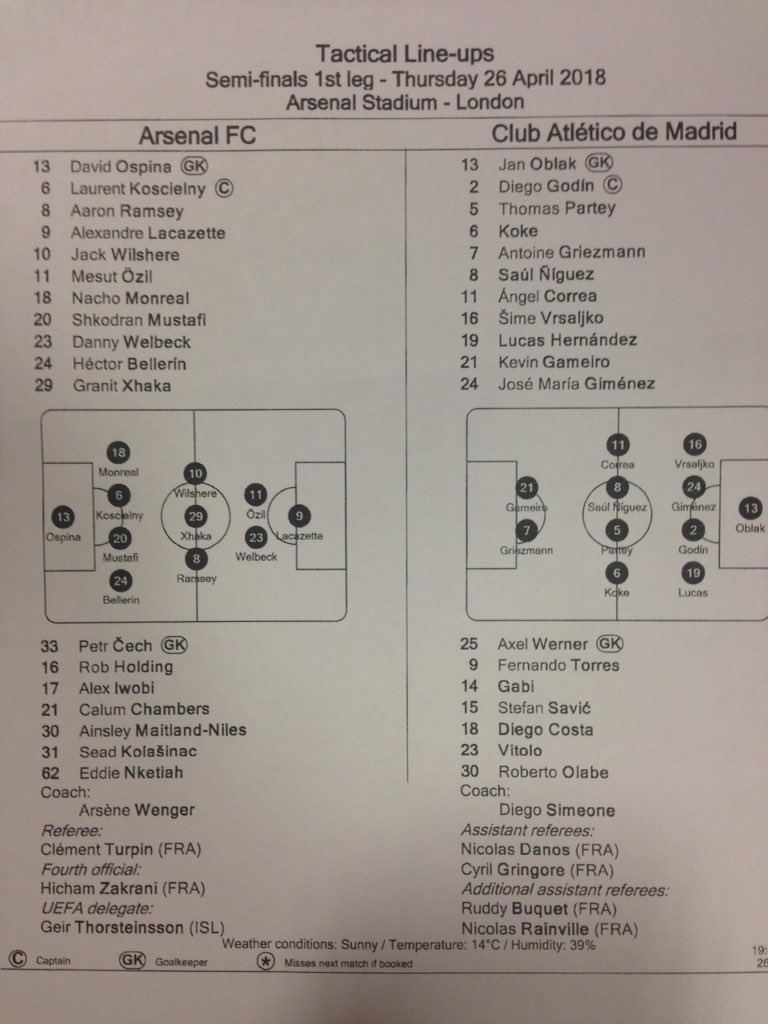 Stood at the back of the stands, behind Arsenal Chief Executive Ivan Gazidis, the Argentine watched his side get an ideal result after spending 80 minutes of the game with ten men.

Sime Vrsaljko was given a yellow card in the second minute, and another in the tenth minute. Simeone was incensed, and his anger towards referee Clément Turpin saw him suffer the same fate as Vrsaljko, as he was sent to the stands.

The Argentine emerged for the post-match press conference, having left his considerable assistant Germán Burgos to direct proceedings from the touchline.

“To be honest it was a 90 minutes in which my body is filled with really strong emotions,” said the Atlético manager.

“I’ve got goosebumps just thinking about the next match. The stadium needs to be exploding with positive energy in order to reflect that passion.

“The way the team tried to gain an advantage in every minute of the game, it’s the best thing about football, it really is.

“You guys have no idea how difficult it is to defend. Playing is the fun part, but you need to have balls to defend.

“The team responded with some fantastic defensive work which will go down in the history of European football for Atlético Madrid.”

The Ghanaian’s surge through midfield before setting up Antoine Griezmann was one of the highlights of the game.

Asked to do a job at right back after the red card to Vrsaljko, he ended up having more touches of the ball than any other player on his side, and his defensive contribution also stood out as he made seven interceptions and four tackles.

He was at the centre of the defensive work, which meant he was also partly at fault for the goal Arsenal scored, but he recovered well despite being out of his familiar midfield position, and didn’t dwell on it.

The image below, from Stats Zone, shows his defensive actions. 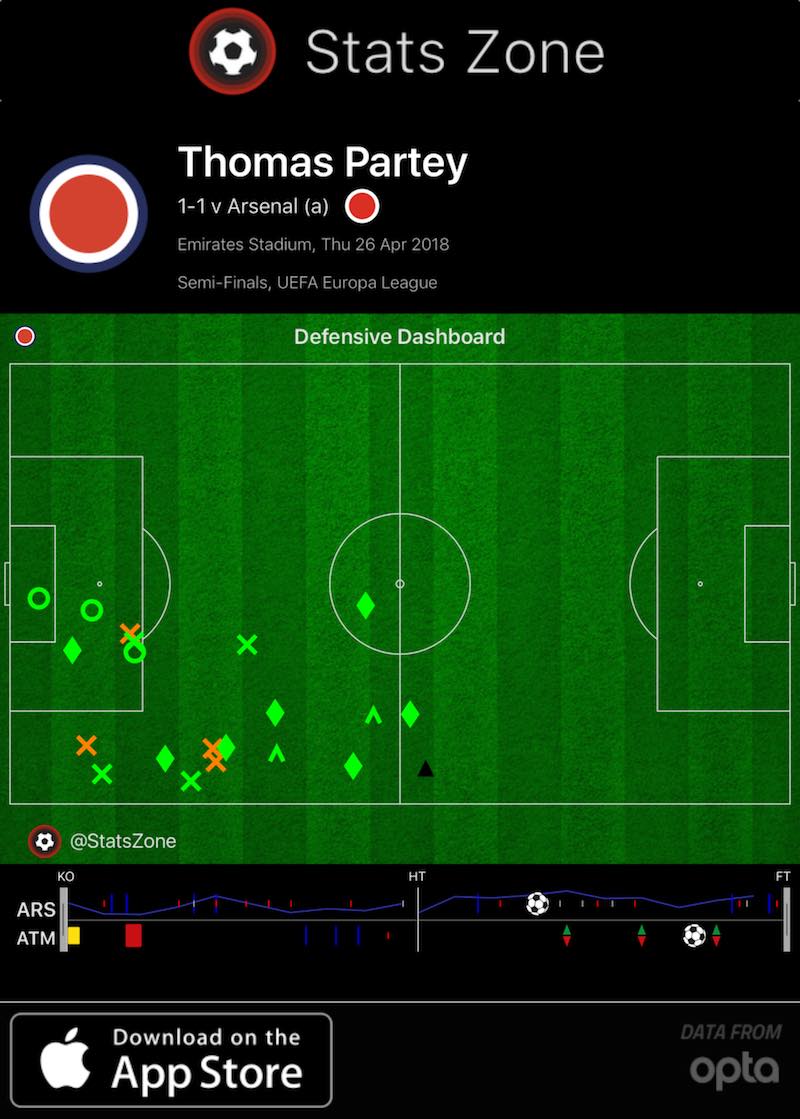 The Slovenian goalkeeper was also a big part of his side’s defensive display, and as the last line he was regularly called upon.

His save from Aaron Ramsey in the dying stages was his best of the game and means they have the perfect result, given the circumstances, going into the second leg.

Atlético goalscorer Griezmann reckons he’s the best in the business, and it’s difficult to disagree.

“Jan is the best in the world at this time,” he said.

“Not because he’s my team-mate but because of the saves he makes, the points he wins us.”

There are many takes available, but the most straightforward and statistically correct is that Jan Oblak is a dimension-travelling space octopod whose true form was glimpsed in the London night. pic.twitter.com/31tJ8Xg2id

Plenty of clubs will be searching for a new goalkeeper this summer, and he will be top of several lists — for those who can afford him.