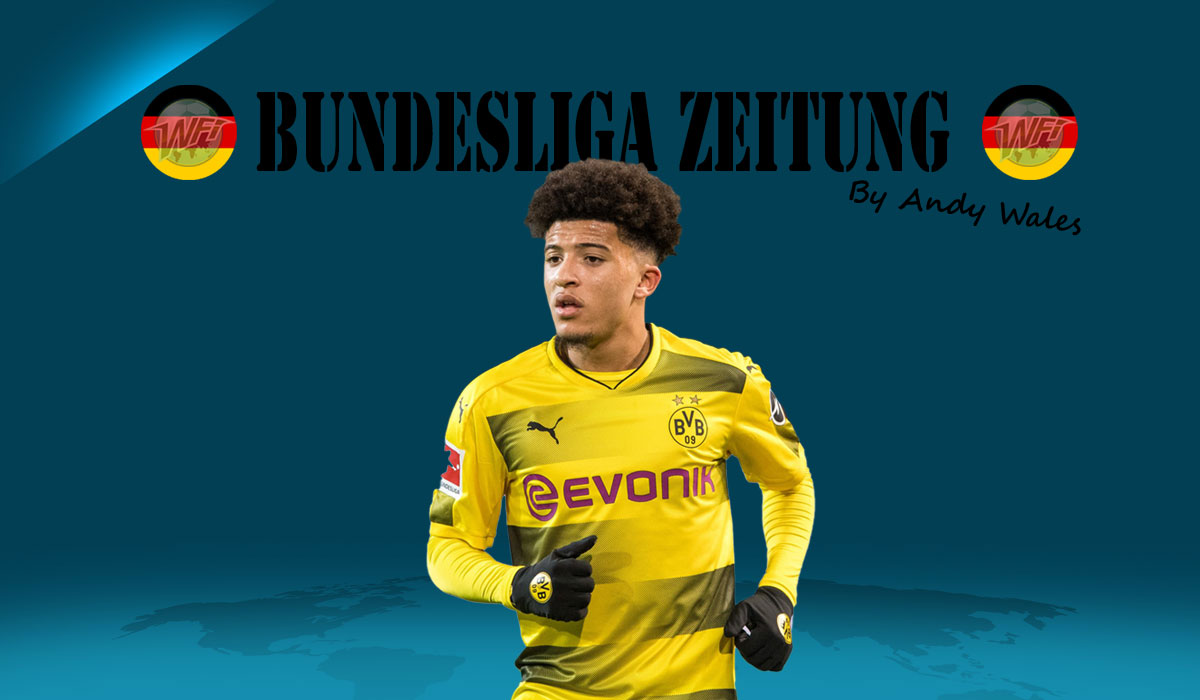 Game week 31 proved to be a fascinating one at both ends of the table in the Bundesliga.

After the disappointment of defeat in the Revierderby, Dortmund faced the tough task of an in-form Bayer Leverkusen on Saturday evening.

Leverkusen came into the game on the back of a heavy midweek defeat to Bayern in the DFB Pokal, but had registered back-to-back 4-1 victories in the Bundesliga.

For Dortmund, their fans gave them a scornful piece of their mind pre-match, via a huge banner across the front of the Südtribüne.

It read: “No will, no passion, no courage, no team – nobody embodies Borussia Dortmund less than you!”

“No will, no passion, no courage, no team – nobody embodies Borussia Dortmund less than you!”

The #BVB ultras are NOT happy.

Strong words from the Dortmund ultras, who felt the team fell well short of expectations in the derby. If the fans wanted a reaction, they certainly got one in a performance that reminiscent of the Dortmund team of five years ago.

Whilst it was Marco Reus and Mario Götze playing together like it was 2013 again, the star of the show was Jadon Sancho.

The young Englishman, signed from Manchester City last summer, has had a gentle introduction to German football. He’s impressed many with his fleeting performances, but Saturday was him truly announcing himself to the Westfalen faithful.

An early goal and composed finish was topped off with two assists, the first of which included a stunning first touch with the outside of his boot as he was running in full flow.

The spotlight of emerging talent at Dortmund has, understandably, been focused firmly on Christian Pulisic. However, Sancho managed to outshine him and the array of exciting starlets from Leverkusen.

The likes of Leon Bailey, Kai Havertz and Julian Brandt have drawn admirers from all over Europe this season, but they got barely got a look in here, such was the performance of Sancho.

It was a performance and result that Dortmund desperately needed and all without the services of on loan striker Michy Batshuayi, who has returned to parent club Chelsea, due to his injury.

This win brings them a step closer to ensuring Champions League football for next season, something that could prove to be important during the summer, if the club are to attract the players, and quite possibly coach too, required to get them back challenging for trophies again.

For Leverkusen, it was a disappointing result and has allowed Hoffenheim to get within 2 points of them, but a top four finish is still on and, most importantly, in their own hands.

Hoffenheim are back in with a sniff thanks to an emphatic 5-2 victory away to RB Leipzig. It was a result that raised a number of eyebrows and leaves Leipzig four points behind Leverkusen and with Frankfurt breathing down their neck in seventh place.

At the other end of the table, there were tears at the RheinEnergieStadion as FC Köln could only manage a 2-2 draw with Schalke.

It was a credible result in a frenetic game, but not enough for the hosts as relegation is closer to being confirmed and miracles now required.

It’s a dramatic fall from grace for a side who qualified for European football last year and boast the likes of Timo Horn and Germany left-back Jonas Hector in their ranks.

Despite their plight, the noise and atmosphere from the incredible support of the Köln fans is why many have a soft spot for them and the hope would be they make a swift return to the top flight if they do go down.

Above them, Hamburg are still in with a shot of an unthinkable great escape. A few weeks ago, they looked finished and almost resigned to their fate of playing 2. Bundesliga football for the first time in the club’s illustrious history.

Hamburg are still five points off safety, but this Saturday play Wolfsburg, one of the three sides sat just above them on 30 points.

With Freiburg hosting Köln and Mainz facing Leipzig, the relegation battle could either become a formality this weekend or very dramatic as the season comes to a close.

Therein lies the stories yet to be written in this Bundesliga season, three game weeks left to go and still European places and relegation yet to be decided.

The title may be done, but there is still plenty left to play for.