Why Is Argentina’s Attack Still So Reliant On Lionel Messi? 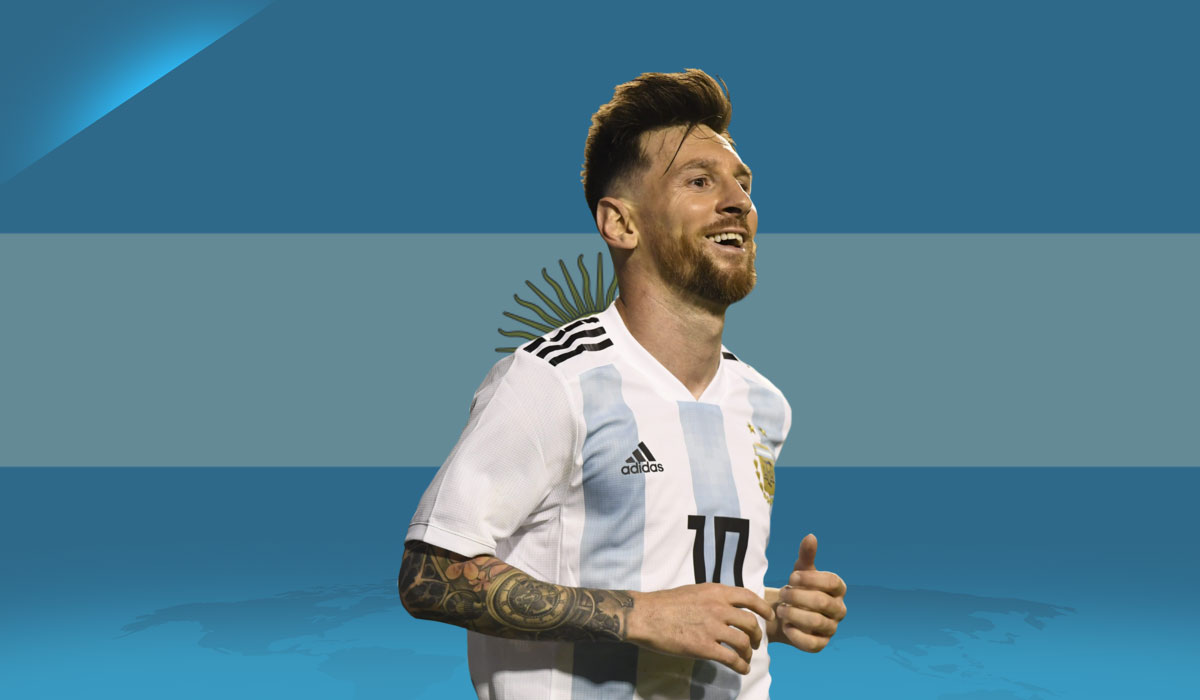 Mauro Icardi could not even make the World Cup squad. So why are they still so achingly reliant on Lionel Messi?

La Albiceleste only managed a paltry 19 goals in their 18 qualifying fixtures- the same number of goals managed by Venezuela who finished bottom of the group.

Gabriel Mercardo, Lucas Pratto and, erm, ‘own goal’ were joint second top scorers during Argentina’s underwhelming qualifying campaign, with two goals apiece. Pratto has not made the final cut for Russia and Mercado is a defender.

So why are Argentina so impoverished in front of goal, despite all of this attacking talent? Why are they still so reliant on Messi?

Well, the issue is two-fold. Firstly, the Albiceleste midfield would need a jolt of electricity shooting through it to even qualify as pedestrian. They struggle to circulate the ball properly, which means the supply line to that star studded forward line is non-existent.

Consequently, Messi often has to drop deep to find possession, essentially, the Barca man is charged with being the judge and the executioner all at the same time.

In itself, this isn’t an insurmountable issue. Messi is certainly good enough to drift into deeper areas and carry the ball into more dangerous attacking areas. From there, the likes of Aguero, Higuain and Dybala should enjoy a field day, right?

Well, the problem continues for Argentina when Messi slaloms forward. Messi enjoys working with a very particular type of striker.

At Barcelona, his best work has coincided with the tenures of David Villa and Luis Suarez. These are players prepared to make unselfish runs and create space for Messi. In essence, they create a route for him, like Indiana Jones hacking away at stray shrubbery with his machete blade, clearing a path for Messi to blaze a trail.

Lionel has typically not enjoyed such fruitful relationships with the likes of Zlatan Ibrahimovic. Pep Guardiola quickly dispensed with Samuel Eto’o once it was clear that they keys of the team belonged in Messi’s hands. This is Argentina’s major problem, all of their forwards are more of the Eto’o and Ibrahimovic ilk.

Higuain and Aguero are used to playing in teams built to supply them with chances. Ergo, when they make a run, they look to identify space for themselves, so that they can receive the ball and score. Messi works far better with the type of striker prepared to make that run into a personal dead end, but in doing so takes an unwitting defender with him, leaving a slipstream for Messi to sashay into.

Icardi, Higuain, Aguero and even Pratto are excellent centre forwards, but they are strikers accustomed to being catered for.

Neymar is a very similar player to Messi in style and stature. For Brazil, Gabriel Jesus is exactly the type of forward prepared to do that unselfish running that creates space for Neymar. Competing for his number 9 berth is Roberto Firmino, who has made distracting defenders for his attacking colleagues a personal brand. Argentina could do with a peak Carlos Tevez, as opposed to a Higuain or an Aguero.

A cruel pre-tournament injury to Manuel Lanzini has further robbed Argentina of some guile and creativity to support Messi. But Boca Juniors’ Cristian Pavon may well be afforded the opportunity to show that he can be an effective wing man for Messi.

This jarring cocktail of midfielders and attackers are just not custom built to support Messi, which, in turn, means that he ends up doing more and more by himself.

The lack of creativity elsewhere in the team means that Argentina do not suddenly become more than the sum of their parts without their talisman.

Often star players can prove to be a bit of a ‘blockage’ in a team. Cesc Fabregas, for instance, is an extraordinary talent, but one that needs an awful lot of accommodation. Without Messi, Argentina’s creative game is totally stunted.

With him, the ball moves into the final third a little more easily, but, frankly, the strikers just end up getting in his way, or at least, not knowing how and when to get out of his way. As a result, 7 of their 19 goals in qualifying were scored by the Barcelona genius.

If Argentina are to make an impact on this summer’s World Cup, it will likely be by virtue of a heroic virtuoso effort from Messi. One similar to Maradona’s herculean feat in 1986.