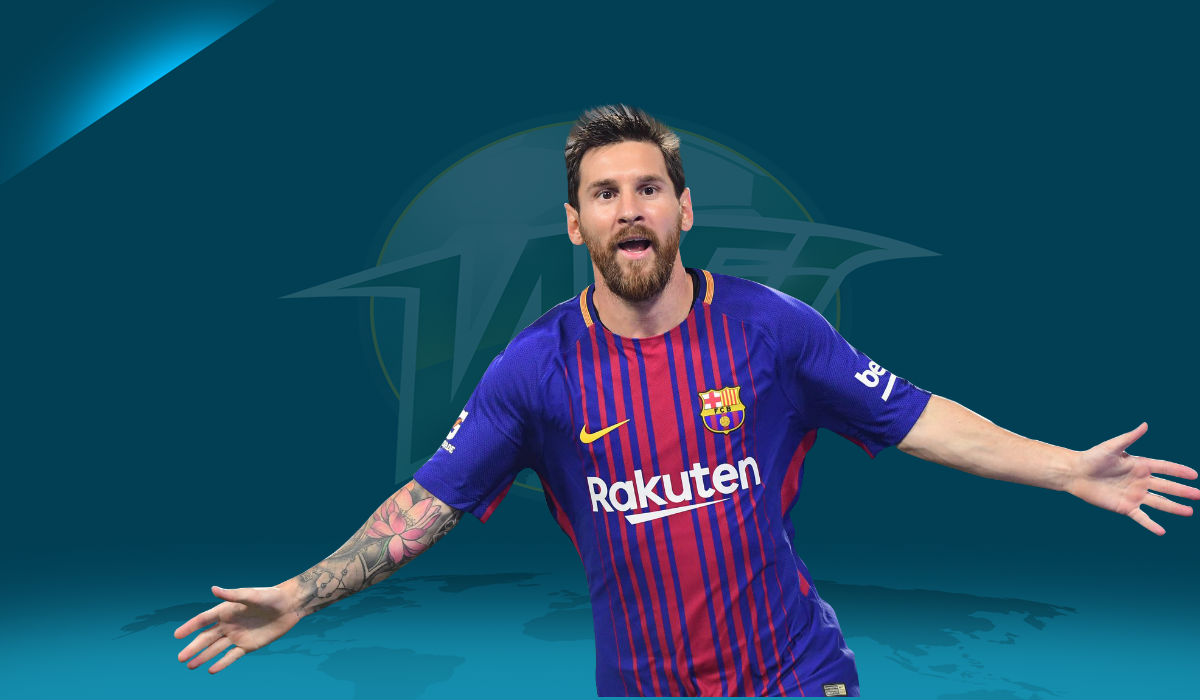 Real Betis are no ordinary side. Quique Setién’s team are second in LaLiga when it comes to average possession in games with 60.4 percent, just behind Barcelona’s average of 61.4 percent.

It was no surprise to see Setién’s side have the bulk of the ball here, even against a possession hogging opponent such as Barcelona. Betis dominate most teams they face, at least when it comes to this particular statistic.

Betis were also creating chances in front of goal and outshot Barcelona in the first half. The problem for them was that only one of them was on target.

Another problem for them was Lionel Messi.

Barcelona don’t really need to have the ball that much to win game, they just need Messi to have it.

Messi curled a free kick into the far corner as if he was taking a penalty. He then linked up with Luis Suárez for the second.

Guillem Balague described the move as Messi loaning the ball to Suárez, knowing that he would get it back further down the line. The return pass from the Uruguayan was right up on Messi levels as he back-heeled it into the path of his team-mate who had timed his run perfectly and finished with the usual aplomb.

Absolute insanity, that assist from Suárez; no-look and clipped with the heel to Messi. Outrageous. Betis may well feel hard done by to go into the break 2-0 down but you simply cannot legislate for moments of magic like that.

If only Suárez’s finishing was on the same level as the pass to Messi, Barça would have been a few more up by the hour mark, but shortly after an hour had passed the 32-year-old scored a goal of which Messi would have been proud.

Suárez left Betis defenders trailing in his wake and had a couple more falling on their backsides as he drove towards goal. This time his finish was composed, looking like he was going to put it to Pau López’s left, but hooking it to his right instead.

Though this is a Messi column, it’s impossible to comment on his influence on games without mentioning the likes of Suárez and other team-mates, but Messi’s final act in this game showed why these players are merely the supporting cast.

It was one of those moments which confirm his status as undoubtedly the best player ever.

Other players do great things which you might have seen them do before. Messi seems to do new great things each week. When you consider he’s now 31 years old, that takes some doing.

A one-two with Ivan Rakitic — another willing and able member of that supporting cast — saw Messi pull something else out of the bag.

Not only does his finish need skill and technique of the highest level, it needs an awareness of where the opposition goalkeeper is and which side of the goal to aim his shot.

With one touch he chips López from the edge of the area. It felt like a new way to score a goal, almost a combination of shin and foot to get the required lift and spin. Golfers wish they had a wedge like Messi’s left foot in their bag.

The Betis fans were standing up to applaud, literally bowing towards the player who had just scored against their team. Chants of “Messi, Messi” echoed around the stadium.

Not content with another hat-trick (his 51st in total), he pushes for a fourth, hitting the inside of the post in the dying minutes.

After the final whistle the match officials congratulate him as he walks off with the match ball.

On another night, another weekend, another month or year, Suárez’s goal is the best of the bunch, but not when Messi is around. And you get the impression that the Barcelona No 9 isn’t too fussed that he has to play second fiddle to this magical No 10. He actually enjoys it, and who wouldn’t.

“I do not remember the last time a rival audience applauded me. Betis fans always treat us very well and I’m very grateful. Valverde has designed a perfect plan and we have not suffered at any time. You have to adapt to each game.” 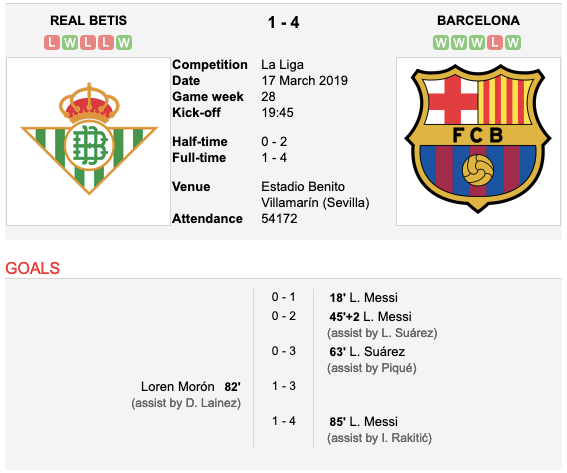 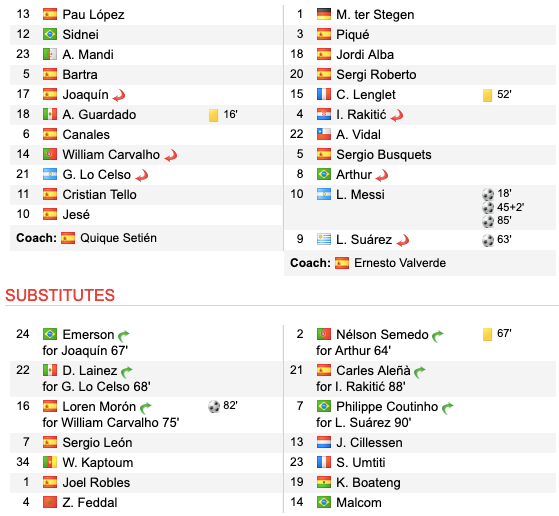