Nottingham Forest And A Fall From European Grace 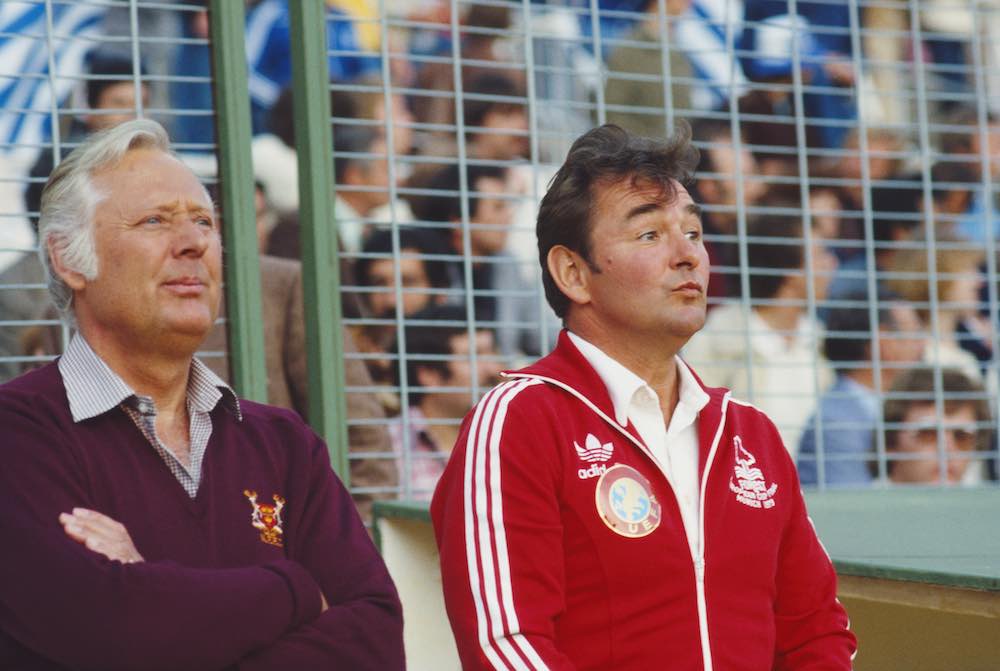 From beating Hamburg in the European Cup final to cold Tuesday nights in Cardiff, its been some decline for Nottingham Forest, who have had 19 Managers since 2009 including the likes of Alex McLeish and former player Martin O’Neil.

It’s been a turgid time for the club in recent years, having not played top-flight football since 1999, having finished 3rd in the Premier League in the 1994/95 season.

The club’s most successful period in both domestic and European football was under Brian Clough, who spent 18 years at Forest.

Having been in charge for only 44 days at Leeds United as well as previously managing Forest’s rivals Derby County, Clough was named as manager of the Reds on January the 6th 1975.

It was a slow start to Clough’s tenure, finishing 8th in his first full season at the club in England’s 2nd division. At the time, though, it can be argued that the squad used was not up to scratch.

On joining the club, new assistant manager Peter Taylor said to Clough: “It was a feat to finish eighth in the second division because some of them are only third division players.”

This also saw the start of the reign of Clough and Taylor in the East Midlands.

This short but successful era with Clough and Taylor was a rise in class for English football with Forest winning two European Cups and the European Super Cup after beating Barcelona over two legs.

After six years as assistant manager, Peter Taylor left his role in 1982 after the League and European Cup side was dismantled however the rebuild was unsuccessful after signing a range of youngsters including Justin Fashanu and Ian Wallace.

The next 11 years saw the rise of Clough’s son, Nigel, in the Forest side and he scored two goals in the 1989 League Cup final.

During this period, the banning of English clubs from playing in the UEFA Cup after the Heysel Stadium disaster prevented the Reds competing for a third European Cup.

Moving onto the present day, Forest currently sit in a play-off spot in the Championship. Having often come close to reaching the play-offs it’s been an on and off the pitch struggle as a result of the mismanagement of the club, as well as poor ownership following the passing of Nigel Doughty.

This lead to the Al-Hasawi family buying the club in 2012 with a five-year plan set out to reach the heights of the Premier League where the club once resided.

In the time Fawaz Al-Hasawi ran the club, he sacked 5 managers as well as almost suffering relegation to the English third division (League One).

This would’ve had detrimental effects on the club, having lumbered them with £56 million debt which was eased by the sales of players Olivier Burke (£13m) and Henri Lansbury (£2.5m) in 2016, and Britt Assombalonga (£15m) in 2017.

Within the last 20 years, Forest have predominantly played their football in the Championship, but suffered a three-year plunge into League One.

They eventually finished in 2nd place under Colin Calderwood, earning promotion back to the Championship where they established themselves as a mid-table club, still a far cry from the days of beating Malmo and Barcelona.

The hopes of getting promoted this year have been ignited under manager Sabri Lamouchi, with star player Joe Lolley making Forest candidates for the play-offs.

In recent years the club’s league position has fluctuated due to the many changes of managers and sales of key players in order to comply with Financial Fair Play and settle other debts the club incurred under the ownership of the Al-Hasawi family.

In this section, Nottingham Forest fans on Twitter answered questions and gave their opinion the subjects raised above.

Who would you say has been the most successful manager for Forest in the past 20 years?

“I’d have to say Billy Davies in his first spell at the club. He got us to the play-offs and unfortunately lost in the semi-final, however, things went downhill from there and ended up in him being sacked.

“I think our fans respected him because he brought some degree of success to the club but sometimes the way he came across the media was confrontational.

“It says a lot about him that since leaving Forest for the 2nd time in 2014 that he hasn’t been appointed anywhere else.”

Who do you think has been the best player for the Reds since the European Cup wins?

“There’s only one option – John Robertson. The Forest side of the late 70s and early 80’s won trophies galore and it all revolved around him.

“If he’d played for a team like Barcelona or Real Madrid, he’d be talked about as one of the best left-wingers ever produced — and a left-winger who sees himself as right-footed.”

Do you think Forest have a good chance of going up under Sabri Lamouchi?

“I’m not sure, to be honest. I think it depends on who we face if we get to the play-offs and who we sign this month.

“If we can sign a striker and maybe another creative midfielder then I think we have a good chance of going up.

“Personally, I’m hopeful that Forest get back to the Premier League. A club that is enriched in history and boasts brilliant home support with the chant of ‘Mull of Kintyre’ which echo’s across the City Ground, raising hairs across Nottingham.

“The long-time supporters of the club deserve to see their mighty club back to where it once was and under the management of Sabri Lamouchi, this is looking possible for the Reds.”