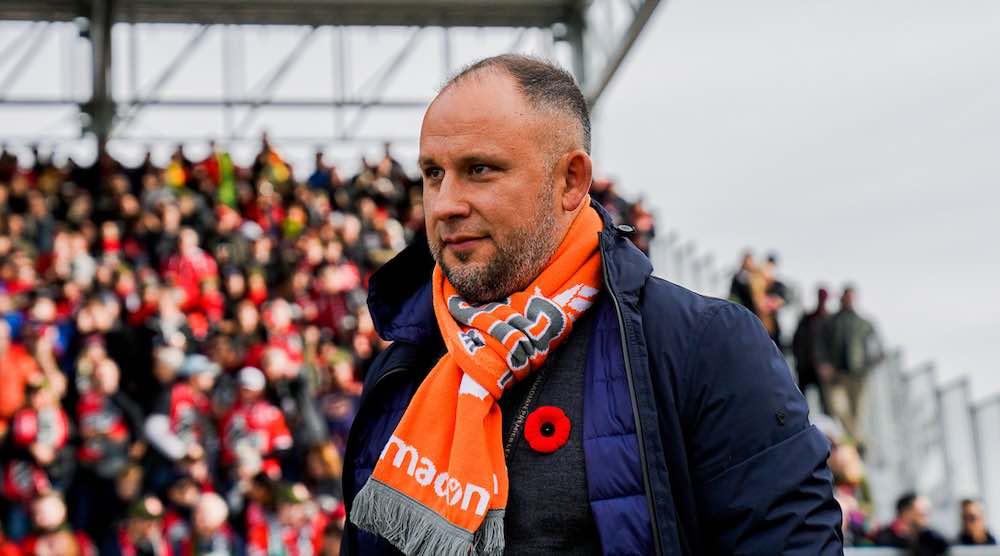 Forge FC head coach Bobby Smyrniotis is treating his side’s second-round clash with familiar foe Cavalry FC on Tuesday as just another game, with a draw enough to see them through to the Island Games Final this Saturday.

Losing just once in nine contests in Charlottetown, Forge is just a single point from securing a spot in the CPL Championship Final for the second consecutive season.

How fitting it is that Cavalry, fellow 2019 finalists, stand between them and the chance to bring back to back titles to Hamilton, with the two teams having previously played one another ten times in the past 16 months.

Despite the regularity and animosity of this fixture in recent memory, Smyrniotis insists his squad’s preparation for Tuesday is not impacted by which team is lining up on the other end of the pitch.

“To be honest it’s not something we really deal with nor do we talk about,” Smyrniotis told reporters over a Zoom call on Monday.

But how did they overcome the loss of Tristan Borges at the #IslandGames?

“Cavalry is an opponent like Halifax, like Pacific, so for us in a pregame talk or leading up to a game there’s nothing special because it’s one opponent or the other.

“We want to have a good tactical mindset, we want to be focused on what we want to do and I think that’s the most important thing when you come into these games, especially games that now tomorrow, means a lot in giving us an opportunity to go back into finals and defend our title.”

Although Forge has largely maintained the strong form they demonstrated last year during their time in PEI, it’s been far from smooth sailing for the Hammers.

Thanks to increased parity in competition, largely due to the emergence of Pacific FC and HFX Wanderers as true contenders in the CPL, as well as difficult conditions in the bubble including congested fixture lists, Smyrniotis’ group has faced plenty of adversity in the tournament.

Their ability to push on and find a way to get results is a sign of their mental strength says the former Sigma FC manager.

“They’re warriors, they are mentally tough,” Smyrniotis said of his players’ mentality on and off the pitch in the bubble.

“Mentally tough to put up with the games coming every two to three days in the schedule, the pressure of having to go out there and compete every day in the games, we’re nine games in here and we’ve only lost one match and that’s something that we want to keep on going.

“The mission was always to be here for six weeks and to do our best to bring back another trophy to Hamilton.”

Tuesday’s @CPLsoccer matches come down to this…

If @ForgeFCHamilton earn a point, it’s a @HFXWanderersFC / Forge Final.

While Cavalry is on the outside looking in, for the time being, Tommy Wheeldon and Co. are from out of contention for a spot in Saturday’s final. A win over Forge and a Wanderers point in the other game on Tuesday would see both sides go through to the Championship.

Despite having the upper hand heading into Tuesday, Smyrniotis and Forge aren’t taking the Cavs lightly and recognize only their best effort will see them advance beyond the second round.

“They’re a team that’s obviously desperate, they need a win… they’re going to play their hardest in this match from a physical aspect, from an energy aspect I expect the team to come out there and fight for every ball.

“For us, it’s going out there for three points and for a win and I think it’s just going to be another good matchup for the league.”

Fans can tune into Tuesday’s action live via the OneSoccer app. For more information, head to this link.