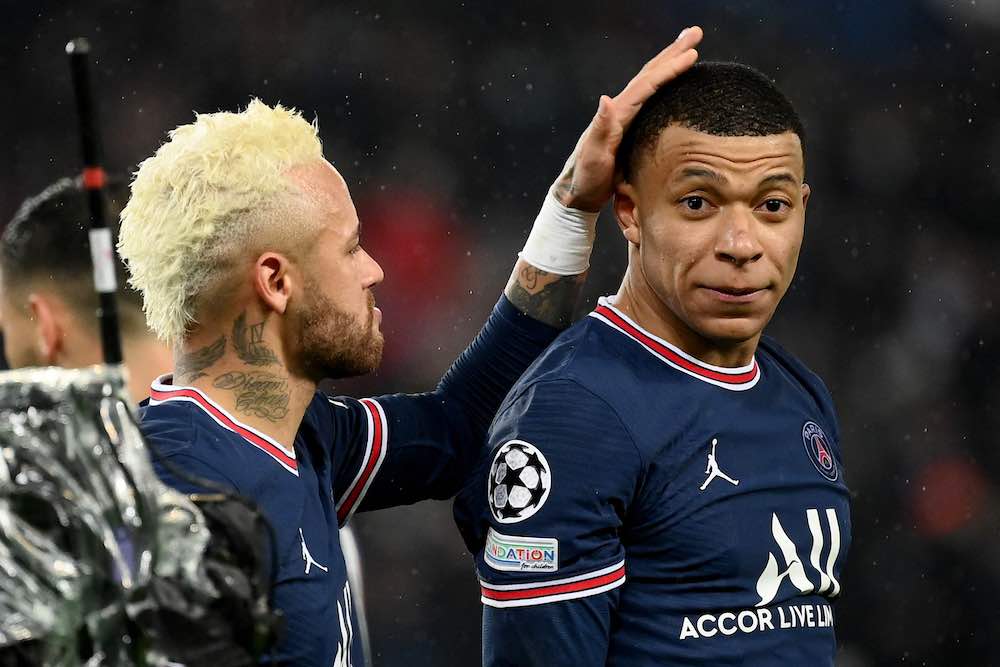 It was the kind of moment that lives long in the memory. Paris Saint-Germain were drawing with Real Madrid, the score 0-0 heading into the final minute of stoppage time.

They’d dominated the match but failed to find a breakthrough and it looked like they’d have to go to the Santiago Bernabéu in the second leg and win the tie there.

Until it happened. Neymar Junior, on as a second-half substitute, played a stylish backheel to Kylian Mbappé out on the left wing.

The Frenchman steadied himself before heading straight for goal, jinking past Éder Militão and Lucas Vázquez artfully before finishing clinically past Thibaut Courtois. It was a magical strike, as thrilling as they come. The perfect blend of speed, skill and composure. Sangre fría as they say in Spain.

It was also deserved. Mbappé had been the most threatening footballer on the pitch since the first whistle and had won a penalty kick earlier in the game after drawing a challenge from Dani Carvajal in the box.

Lionel Messi failed to convert that, however, so the game came down to that final moment and Mbappé’s stunning goal.

Messi came in for a lot of criticism after the game but the Argentine played well. He’s 34, after all, and it’s impossible to compare him to the player he used to be.

On Tuesday against his old rivals Madrid he was a withdrawn playmaker, often dropping deep and orchestrating play. But it was Mbappé who was the undoubted star.

The 23-year-old was out on the left flank, linking up superbly with Nuno Mendes, Marco Verratti and Messi. All eyes were on him before the game due to his links with Madrid; his contract with PSG expires at the end of this season and it’s widely expected that he’s going to be heading to the Santiago Bernabéu and most popular football bets expect the same. He was open to leaving during the summer transfer window and Madrid did come for him, meaning that he was subjected to criticism by PSG’s supporters at the beginning of this season.

But he’s won them back due to the incredible quality of his work. In the Champions League, he’s contributed five goals and six assists in seven appearances while in Ligue 1 he’s provided 12 and nine in 23. He’s the main reason PSG are 13 points clear of Marseille at the top of Ligue 1 and preparing to face Madrid in the second leg of the Champions League last 16.

“Mbappé is unstoppable,” Madrid coach Carlo Ancelotti admitted after the game. “We tried to control him and Militão did very well. But he can always invent something from nothing and he did so at the very last minute.”

His contemporary Mauricio Pochettino, PSG coach, agreed. “I’ve been saying that he’s incredibly mature despite his youth and he’s one of the best in the world,” the Argentine said post-game. “I’ve been working with him for almost a year and a few months and you see him at it every day. He’s top.”

Mbappé delivered his post-match comments in perfect Spanish, something he’s been learning since he broke onto the scene at Monaco as a teenager. This predictably set tongues wagging back in Madrid, and since the game, there’s been a noticeable change in tone regarding the discourse back in Spain about him.

They’ve always wanted him, but now it’s almost as if they can’t bear to miss out on him. That’s how good he is. Mbappé is a player who can decide games at the very highest level and he’s not just going to be the best player in world football. He already is.