The Curse Of Europe Strikes Again In Spain 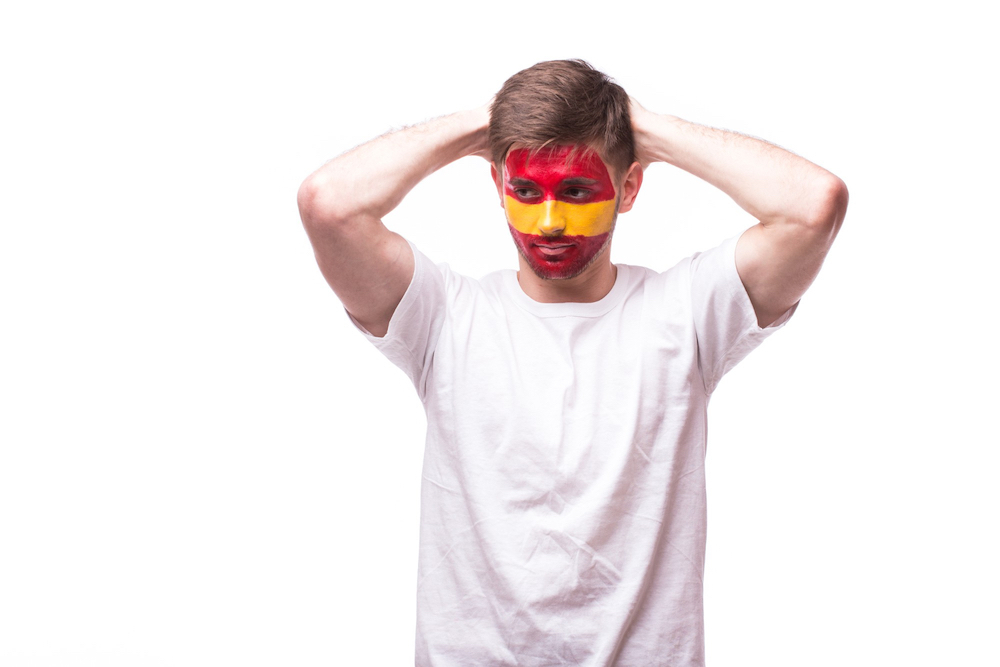 Over the last couple of decades, the story of La Liga clubs in European competitions has regularly been marked by notable success. Prior to the 2021-22 season, Real Madrid lifted the UEFA Champions League trophy 6 times, Barcelona won the title on 4 occasions, while Atletico Madrid reached the final twice and Valencia once. Since the year 2000, there have also been three all-Spanish finals.

Likewise, the UEFA Europa League has been dominated by Spanish triumphs, during an era when Sevilla won the competition 6 times, Atletico Madrid emerged victorious 3 times, with Valencia and Villarreal each lifting the trophy. Finalists include Deportivo Alaves, Espanyol, and Athletic Bilbao. This competition has also been marked by two all-Spanish finals.

But there’s also a darker and often overlooked side to the story of Spanish clubs in Europe. One that La Liga probably doesn’t like to boast about, when the joys of participating in continental competitions are offset by sudden and surprising relegations. Indeed, in the seasons immediately following participation in Europe, and even during the same campaigns, several clubs have descended from the Spanish top flight to the second tier.

Thanks to its clubs boasting such a phenomenal European record, LaLiga has understandably become one of the most followed leagues in the world, able to compete and beat even the wealthier English Premier League insofar as tangible continental success is concerned. This inevitably attracts plenty of wagering attention, as fans aim to back what appears to be the winning formula of Spanish football.

Nevertheless, punters are always well advised to check the latest Sports Betting Online guides for comparisons, including detailed reviews covering everything the different betting companies have to offer. Insights from industry experts also highlight where the best odds and promotions can be found, while there is also a keen focus on football and associated betting markets, featuring analysis of the major European continental and domestic competitions.

🟡🏆 @VillarrealCF = Europa League winners on this day in 2021! 🎉#UEL pic.twitter.com/OFWkPszxVc

But not everything is rosy insofar as LaLiga is concerned, given that even during this golden age for Spanish football, several clubs have also suffered the consequences of their European adventures. Indeed, during or directly following European campaigns, numerous LaLiga clubs have immediately suffered the pain of relegation, creating a surprising phenomenon that is without compare in any other league across the continent.

Quite astonishingly, since the turn of the 21st century, 6 different LaLiga clubs have enjoyed the boom of competing in European competitions, only for that joy to be accompanied by the bust of subsequent relegations. Some clubs have even repeated that fate on more than one occasion, which is an unfathomable statistic to associate alongside what should otherwise have been considered as periods of relative success.

After competing in the 2000-01 UEFA Cup final, losing a thrilling encounter 5-4 after extra time against Liverpool, it’s fair to say that Deportivo Alaves was enjoying the most successful period in the club’s history. Having finished the 2001-02 campaign 7th in LaLiga, they qualified for the UEFA Cup (now Europa League) again and reached the second round, although this was also accompanied by relegation in the same season.

Celta Vigo is another club with a strange continental relationship. In 2002-03 they finished 4th in LaLiga and qualified for the UEFA Champions League, although any joys associated with the elite competition quickly evaporated by the end of the same 2003-04 season, which concluded with relegation. That fate was repeated shortly afterward after their return to LaLiga and finishing 6th in 2005-06, with the subsequent 2006-07 Europa League campaign accompanied by relegation.

Villarreal may be familiar and successful face in Europe these days, but it wasn’t always that way. After a historic 2010-11 campaign saw them finish 4th in LaLiga, the following 2011-12 season in the Champions League was also blighted by injuries. This led to the team suffering in LaLiga and relegation on the final day of the season. Real Betis suffered a similar fate, after finishing 7th in 2012-13 and qualifying for the Europa League, only to tumble spectacularly from grace and be relegated from LaLiga in the 2013-14 season.

If the previous examples weren’t enough, recent history has been equally unkind, especially for one humble club that defied all expectations. Things were looking up for modest Granada Club de Futbol in the 2018-19 season, having won promotion from the Second Division under the leadership of Diego Martinez. Despite being tipped to go back down, remarkably, they finished the 2019-20 campaign in LaLiga by finishing 7th in the table.

For the first time in the club’s history, Granada had qualified for European competitions and through the subsequent 2020-21 season, embarked upon an unexpected yet enthralling continental campaign. After beating notable rivals including PSV Eindhoven and Napoli, they were eventually eliminated in the quarter-finals by none other than Manchester United.

Incredibly, following this monumental and successful period for the club, the owners decided to make wholesale changes. Antonio Monterrubio was ousted as director general, and the new board of directors failed to renew the contract of Diego Martinez, the club’s most successful manager to date while dispensing with the services of sports director Fran Sanchez.

The consequences of these drastic and poor decisions quickly became evident. New manager Robert Moreno opened the 2021-22 season with the worst LaLiga start in the clubs’ history, before eventually being fired after 29 games and only 6 wins. Interim coach Ruben Torrecilla fared a little better before Aitor Karanka took the helm. On the final day of the season, Granada suffered relegation, as the European curse appears to have struck again in Spanish football.