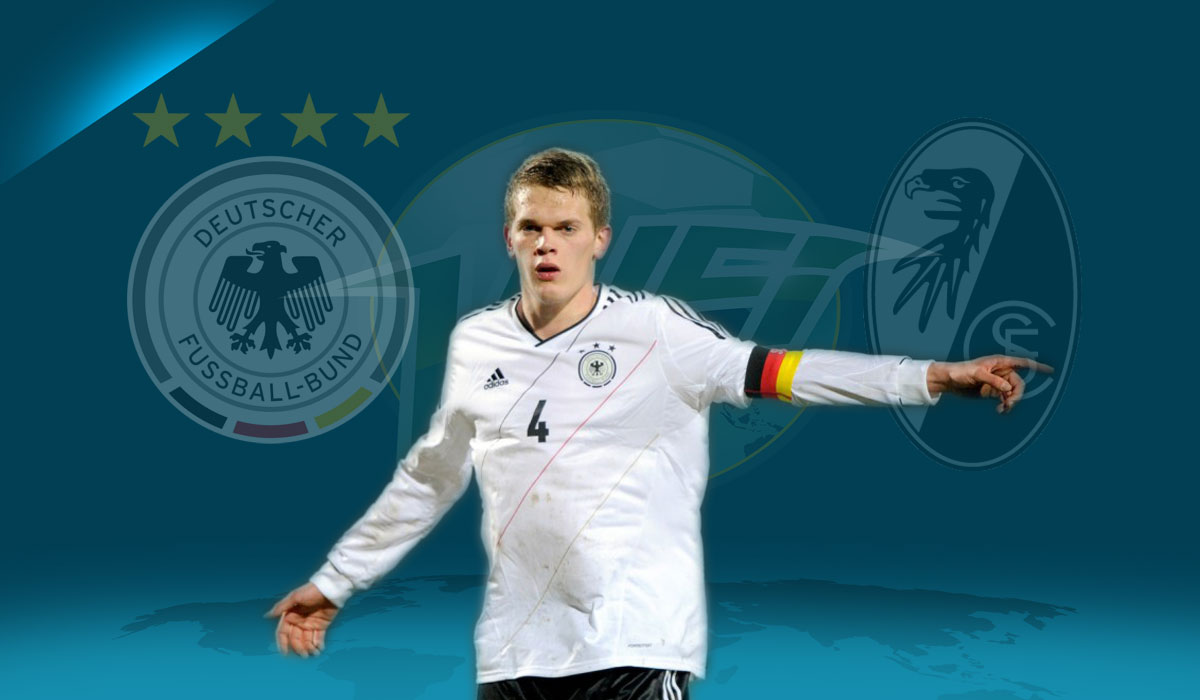 A lofty fifth place finish in the 2012/13 Bundesliga saw SC Freiburg qualify for this season’s Europa League, but their participation in the competition has hampered what has been a difficult league campaign. They currently lie 14th with eight games remaining, but despite the ongoing threat of relegation, a couple of their core players continue to catch the eye.

One such player is homegrown Freiburg native, Matthias Ginter. The versatile youngster entered the club’s senior set up in January 2012 aged just 18, and made an instant impact by scoring on his debut. His adaptability was immediately evident as he appeared as a substitute in positions ranging from attacking midfield to centre back. He eventually settled in the latter role, and was a regular in the first team towards the end of the 2011/12 season.

Freiburg is a city which prides itself on being environmentally friendly, and boasts two eco towns in the shape of its Vauban and Rieselfeld neighbourhoods. The region strives for a more self sufficient, frugal, greener life, and many of these philosophies are transferrable to the football pitch. Football clubs are looking to self sufficiency in their quest to triumph over the teams built, often profligately, with oil money.

Ginter himself is an economical defender, and a solitary yellow card from twenty-six appearances provides evidence of this. He’s a player who’ll look read a pass, narrow down an opposing player’s options in attack, and rather than resort to last ditch recovery tackling he’ll look for a loose touch the moment his opponent receives the ball. His average of 0.3 fouls per game this season is amongst the most disciplined in Europe, especially when you consider his position.

He’s also an example of the German club’s self-sufficiency, having been at his hometown team since the age of eleven. He’s progressed through the youth ranks at both club and international level, and recently received his first call-up to the senior German national team, coming on as a substitute in the match against Chile on March the 5th.

His ability to recycle possession is alerting many clubs across Europe, as playing the ball out from the back is becoming a vital and highly sought after asset in the modern defender. Ginter, who stands at 6ft2in (188cm), is so comfortable on the ball that he’s often employed in midfield, harking back the the versatility which gave him a leg-up to the first team as a youth player.

He’ll be near the top of many lists this summer, as many of Europe’s top teams will be looking to strengthen in the centre back area. For the moment, he tops Squawka’s list of Freiburg players ranked by performance score, and according to that particular statistics website he’s the best player at his club.

There are weaknesses in Ginter’s game, which is to be expected of a defender who’s only 20-years-old. An occasional overconfidence can lead to mistakes like the one in his side’s 3-1 win at home to Werder Bremen. He looked to play a lofted pass around an opposing forward, but instead gifted the ball to the opposition who scored their only goal as a result of his error.

His eagerness to put out fires before they start might hint at a lack of confidence once turned or fooled by an attacker. He does boast a certain amount of recovery strength, but can struggle when isolated one-on-one. Experience will bring an ever-improving positional sense, and as he learns from mistakes his defensive arsenal will become more complete.

For the moment Ginter is concerned only with helping his club stay in the Bundesliga’s top division, but come the summer it might be difficult for Freiburg to fend off his suitors, who will be queueing at their (presumably energy efficient) door.