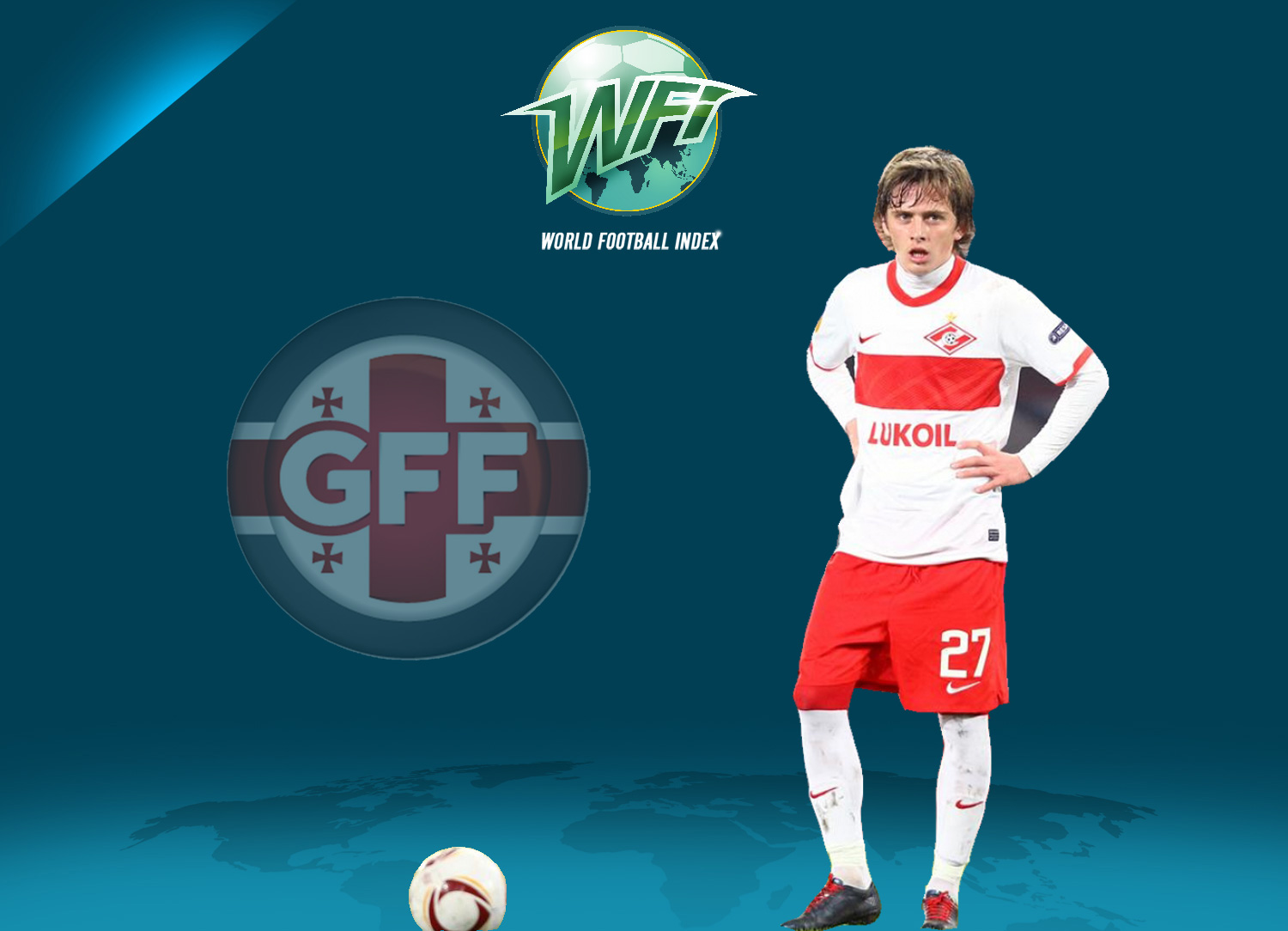 Georgian international Jano Ananidze was a stand-out player in Spartak Moscow’s youth team, and made such an impression that he was given his senior debut in 2009 having just turned seventeen. Since then it’s been a bumpy ride for the versatile attacking midfielder, drifting in and out of form, favour, and focus, culminating in a loan move to FC Rostov in search of regular football in the 2013/14 season.

Jano learnt his trade on the shores of the Black Sea in his hometown of Kobuleti, Georgia, kicking a ball around the beaches with his father Amiran who was also a professional footballer.

“I was born in the Georgian town of Kobuleti. My father was a professional soccer player, then a coach. My parents told me how I awoke my interest in football at the age of four. They went into the store with me and offered me to choose a toy, I chose a red ball.

Since then my dad and I started to play. Every morning for three years we went to the beach, where I learned the basics of football. First of all, the right way to kick the ball, playing in any kind of weather – rain or snow.”

From the Black Sea to the nearby Sea of Azof via Moscow; Ananidze’s club football journey has taken him around Eastern Europe, with occasional trips west in continental competitions such as the Champions League. In November 2012 he made an appearance for Spartak Moscow against his boyhood club Barcelona, albeit in the home tie in Moscow, where he exchanged shirts with Dani Alves.

When it comes to his location on the pitch, Jano’s best role is still to be determined. He can play in the middle as an attacking central midfielder, using his dribbling skill, trickery, and eye for a pass to create chances for others. However, he can also play in either of the wide roles, cutting inside from the left onto his stronger right foot, or playing on the right using his quickness and agility to advance down the wing.

So far this season he’s created 16 chances for his team, which include a total of five assists. As you can see from the graphic below, the majority of his chances are created from an inverted winger position on the left hand side, as he cuts in to slide passes through for the forwards. 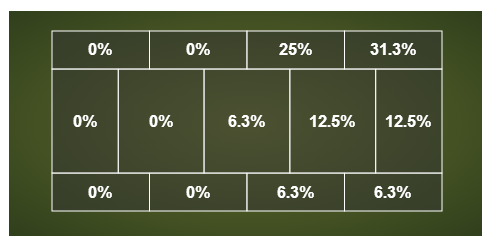 It would seem that his most productive position is on the left, but a look at the WhoScored data shows that two of his assists came from the one game he played on the right of midfield. This was the 2-2 draw away to Kuban Krasnodar, which was one of Jano’s outstanding performances this season.

Delving further into the statistics for this match – and this is where watching the game helps – you find that one of these assists was from the right, but another was from his more familiar position on the left hand side. The pair of assists are highlighted in red below. 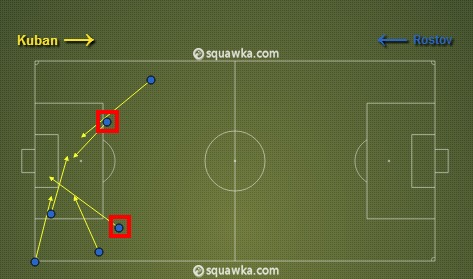 As with many football statistics of this nature, the findings are inconclusive, especially when using a small dataset to determine a players’ best position. They show us little more than Jano’s ability to create chances wherever he plays, but might suggest that a free role in attacking midfield is the best use for him. Ultimately, a lot will depend on the opposition, the players in the team alongside him, and the tactical set-up preferred by his manager, but the description used earlier – versatile attacking midfielder – seems to fit well.

There were rumours that Ananidze was on his way back to Spartak for the second half of the 2013/14 season, which kicks off around a week into March, but the player has since said he will stay with Rostov until the end of the current campaign. If he can continue to improve his game in the surroundings of Rostov-on-Don, then Spartak will be foolish to let him go when his contract expires this summer. However, should the Moscow club choose to cut him loose, then he would be a quality bargain signing for numerous clubs around Europe.