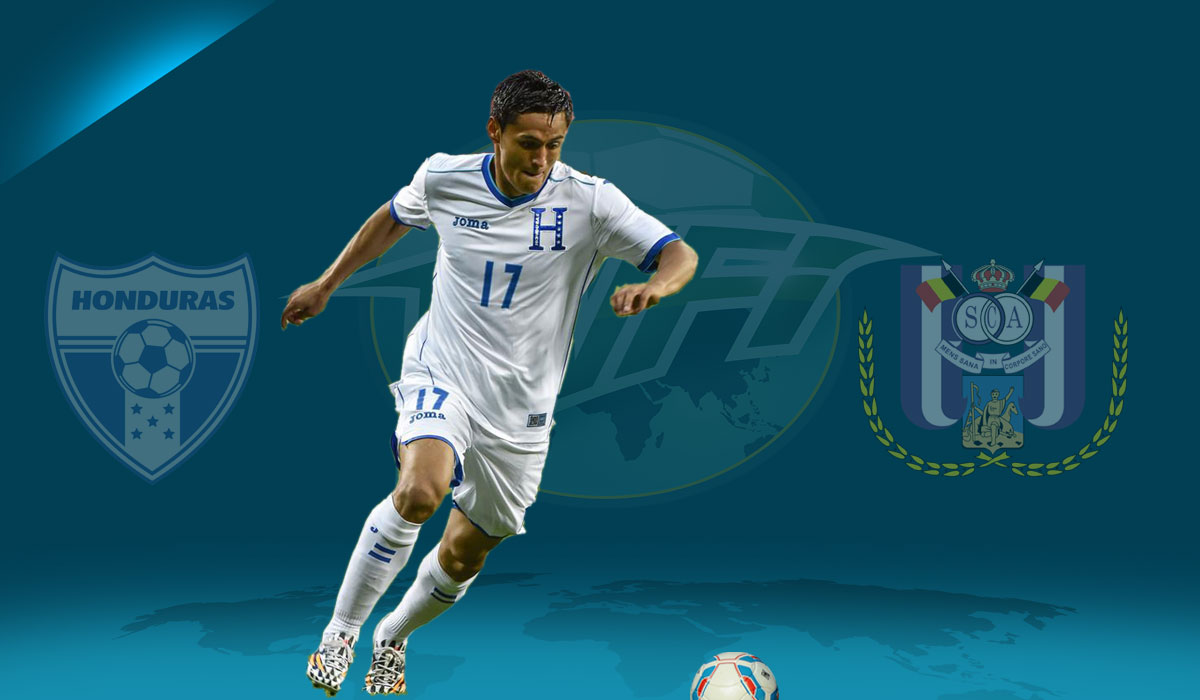 The brightest star Honduras has produced in quite some time is currently plying his trade for Anderlecht in the Belgian Pro League.

Andy Najar migrated from Honduras to the US, and settled in Virginia when he was just thirteen years old.  He displayed great talent at Edison High School and would join D.C. United’s youth set-up in 2008.  At the age of seventeen, Najar would sign his first professional contract with D.C. United, becoming only the second player in club history to sign directly from the youth ranks.  Once there, he would have to face the massive pressure of proving he belonged in the top tier of American soccer at such a young age.

His MLS opposition would quickly take notice, as he would take full advantage of his opportunity and truly make his mark on the senior side.

Najar became a vital part of the D.C. United side, and he would regularly be the engine driving the team in the attacking third. He would make a total of 31 appearances for United that year, scoring 7 goals on his way to the MLS Rookie of the Year award – a major accomplishment for a kid that was only seventeen and recently migrated to a new country.

In April of 2011, amidst some speculation, he formally announced his decision to play for the Honduras national team, and picked up his first senior cap later that year in a match against Colombia.

The native Honduran would play a total of three seasons in Washington, D.C. , playing a vital role throughout his time with the club ensuring a place in his national team.  He earned himself a call-up to the Honduran national team for the 2012 Olympics in London, then on January 30,2013, he moved to defending Belgian Pro League champions Anderlecht for a fee reported to be around €1.6m.

This past year has been quite busy for Najar.  After featuring for Honduras during the World Cup, he went on to feature in 47 matches across all competitions for his Belgian club.  During those matches he managed to score 8 goals and produce 6 assists, playing over 3,800 minutes.

Arguably his most well-known goal came in late October, when he scored a lovely header against Arsenal, during Champions League group D fixture that ended 2-1 to the Gunners.

After another successful season with Anderlecht, Najar would be counted on to feature heavily for Honduras in the Gold Cup.

Leading into the Gold Cup, he did not shy away from speculation about his future. His promising performances had not gone unnoticed across Europe, as Belgian newspaper HLN reported in April that Arsenal were keeping tabs on the winger’s progress ahead of a potential bid for the player.

When asked by the Honduran press about a move to the Premier League, Najar responded:

“That’s what you get for doing good work for your team — you get known.  The big teams are notified and I hope that, if given the opportunity, I can take advantage.  The Premier League is where every player wants to play and is now the best in the world — one always wants to play in the best leagues.”

Although Honduras didn’t make it out of their group, the young winger was one of the few bright spots for Jorge Luis Pinto’s side. In Honduras’ toughest match, against the US, he was able to harass the right side of the American defense, regularly cutting in from the wing to challenge Brad Guzan.

He again proved a terror, scoring an equalizing penalty against Panama that would give Honduras a share of the points.  His performance further cemented him as the face of Honduran football, and showed why he’s already accumulated over 30 senior caps at such a young age.

An immense talent who loves to run at players with pace, combined with an ability to use both feet, makes it tough for defenders to contain him.  At only 22, he already has loads of professional first team experience and has shown a mental toughness that can only serve him well in the future.

He possesses great technical ability for a wide man, and can pick a pass or cross into the box with dangerous accuracy. Although he possesses all the physical tools to be a world beater, his best qualities may be his work rate and unselfishness.  His willingness to look for his team-mates and involve them in the game, while also putting in a shift on both sides of the ball, are the driving force behind his success.

Najar has generated quite a bit of buzz for himself, thanks to the quality and consistency he’s shown at such a young age.  His ability to play across the front line, and also at fullback, really makes him an attractive target for clubs across Europe.

If he has another hot start to the season for the Belgian giants, Najar could find himself moving to one of the bigger European leagues.  It has recently been reported that Newcastle United have shown an interest in signing him, and the interest around Europe will only grow as his career progresses.

Never short of confidence or creativity on the ball, Najar’s meteoric rise has no end in sight, and his success could well be an important factor in growing the game in his native Honduras.