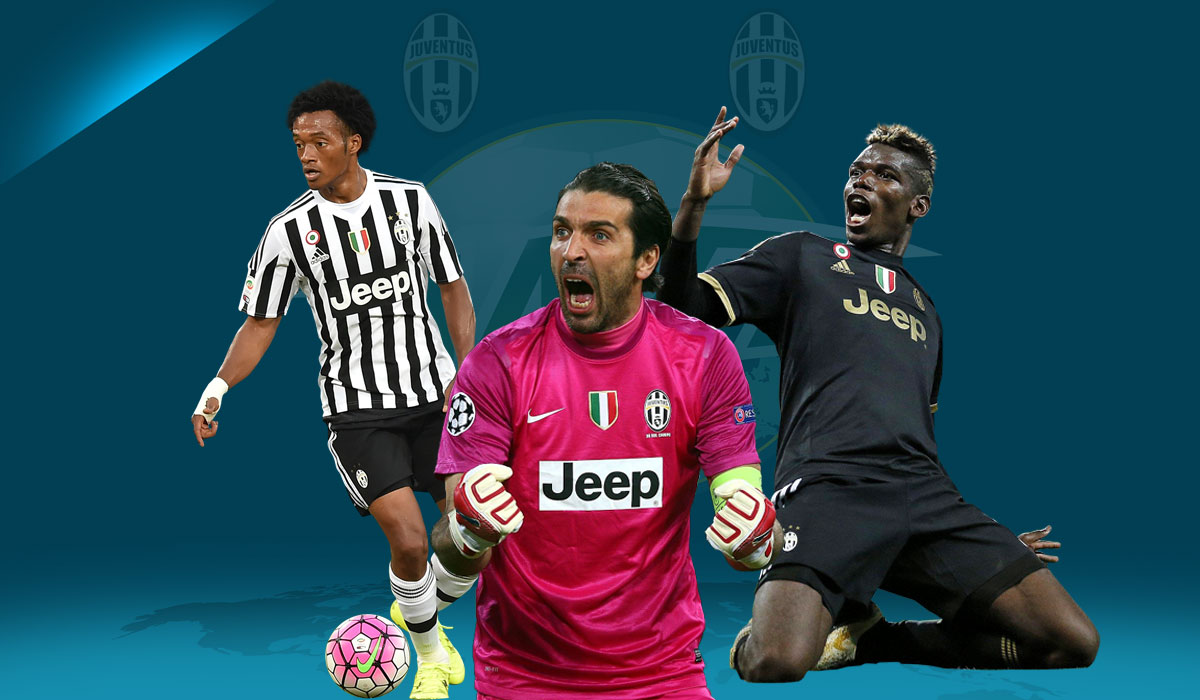 Juventus have won the Italian league title for the past four seasons, securing last year’s in emphatic fashion by finishing 17 points ahead of second placed Roma.

This season, however, they’ve won only one of their opening five league fixtures, suffering defeats against both Roma and Udinese, and only managing 1-1 draws at home to Chievo and Frosinone.

The Turin club underwent major changes this summer as several key players left the side, including the core of Andrea Pirlo, Arturo Vidal, and Carlos Tevez.

They were replaced by the likes of Mario Mandzukic, Hernanes, Paulo Dybala, and Sami Khedira amongst others, but their key piece of business this summer was to keep hold of Paul Pogba.

The 22-year-old Frenchman inspired his team to victory in their Champions League group match away at Manchester City, assisting their equaliser for Mandzukic. He then went on to play an instrumental part in their first Serie A win of the season against Genoa the following Sunday.

He instigated the first goal as his shot off the bar from close range rebounded back off Genoa keeper Eugenio Lamanna, and scored the second from the penalty spot with a cool finish which deceived Lamanna.

Pogba has become the highest profile player in a much changed midfield. The game at the City of Manchester Stadium saw him joined by new signing Hernanes, and the hardworking Stefano Sturaro, who attempted to fill voids left by the departed Pirlo, and the injured Claudio Marchisio.

Hernanes isn’t a like for like replacement for Pirlo, but the 30-year-old Brazilian offers his own brand of guile and experience in the middle of the park. He’s not the bohemian, hipster player who ambles effortlessly around an area of his choosing but, on the quiet, he might offer more than the Italian.

On the flanks, Chelsea misfit Juan Cuadrado has come into the side and rediscovered some of the form which saw the Premier League side pay well over £20m for his services.

The Colombian has contributed to the team both tactically and technically when he’s played, as well as using his considerable engine to work up and down the right side of the pitch.

When Kwadwo Asamoah finally returns on the left you could see Juventus become a formidable force out wide, which in turn will free up space for the likes of Pogba and other central players.

It could also make the side more tactically unpredictable, as they become a team who can play effectively with both a back four, and a three centre-back system with wing-backs.

Further forward, the side possess some exciting attacking potential, as Alvaro Morata, Dybala, and Simone Zaza vie for a place alongside the tenacious and combative Croat Mandzukic.

Morata’s excellent goal in Manchester came after he’d moved to a more central position once Mandzukic had been substituted and, incidentally, the ball landed at his feet after good pressing on the right from Cuadrado.

After the game Massimiliano Allegri spoke highly of a player at the other end of the pitch. Between their posts Juventus have an all-time great who, at the age of 37, and 14-years into his stint at the Turin club, can still win points for his club.

Allegri described his goalkeeper, Gianluigi Buffon as an “…extraordinary goalkeeper, perhaps the best ever in the history of football. He never fails.

“I hope he will go on for as long as possible, certainly as long as I am manager,” he added.

Juventus have gone from a league winning machine to a slightly rusty collection of impressive individual component parts. If Allegri can build these into a functioning, well-oiled unit, then they could turn around their stuttering league form, and become the stubborn, awkward, threatening opponents who no side in Europe will want to face.