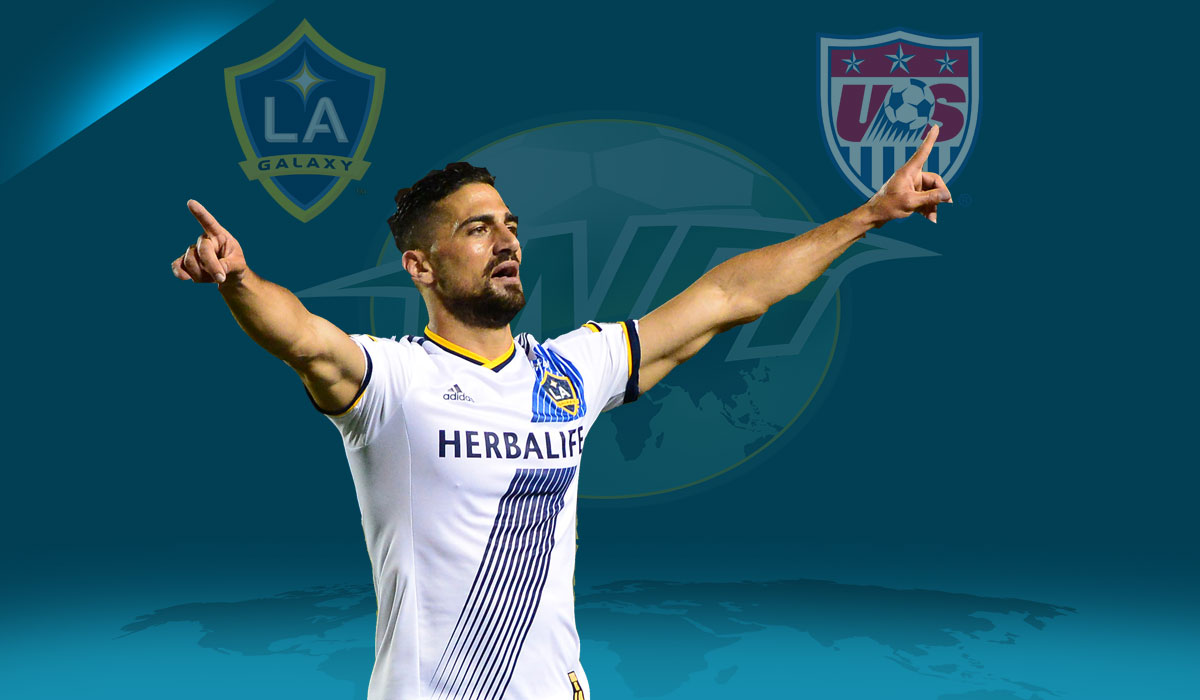 Sebastian Lletget’s football career began in Northern California. Born in San Francisco to Argentine parents, he left to London after being scouted by West Ham United following a handful of appearances in the U.S.A. U-17 squad. He would begin his professional football journey at the Chadwell Heath training ground in 2009.

It was a period of transition for the Bay Area native, and for his new club West Ham. Gianfranco Zola was the first-team boss when Lletget first arrived in London, but by the time he’d turned 18 and signed his first professional contract in September 2010, Avram Grant was managing the senior side.

A little more than a year would pass before another manager was appointed at Upton Park, and when Sam Allardyce took the reins in 2011, the young American was still waiting for his opportunity to impress his third manager in two years.

During a five year stint at the Boleyn Ground, Sebastian would only play in one match with the senior side, a 5-0 destruction in an FA Cup match against Nottingham Forest in early 2014.

Unfortunately, not only was the American not given a true opportunity at West Ham, he was not even given the option of a loan to refresh a stagnating career.

“I felt comfortable that I improved that I was good enough. I was ready. The guys were like, ‘I don’t know why they don’t give you a chance.’ One of the guys even asked Avram Grant, ‘Why isn’t Sebastian playing?’ because I was doing so well in training. I looked ready. I felt it. And I just shook my head. There’s five years of that, just literally getting pushed to the side. It was tough.” said Lletget when speaking on his time in London.

Luckily for Sebastian, other teams were keeping tabs on him, one of which was the LA Galaxy. Bruce Arena would send scouts to West Ham’s reserve matches, and eventually made contact with his agent in January 2015.

In February, the Galaxy played a friendly in Ireland and a trial was held for Sebastian with the MLS champions. He would immediately feel at home with the Los Angeles club, stating:

“You feel like you’re not an outsider, even though I was. I felt so much more comfortable, and that transitions onto the field.”

After negotiating with the player’s agent, and West Ham granting his release, the Galaxy got their man in early May and Sebastian got a chance to reboot his career.

Four months later, Lletget is one of the first names on Bruce Arena’s team-sheet. Since arriving in LA, he has been the Galaxy’s second leading scorer behind only Robbie Keane, scoring 8 goals in 18 matches.

Hollywood’s newest star is receiving nothing but praise from everyone involved with the club. Following the Galaxy’s 5-1 demolition of NYCFC, Steven Gerrard spoke on Lletget:

“He’s certainly come here with a point to prove, and week in and week out he is growing and learning the game. I thought it was a very unselfish performance from him today. He combined very well with Robbie Rogers on the left side. He got his goal and he put in a really good shift for the team.”

Los Angeles’ number 17 has become the real engine in the midfield for a team on its quest for its sixth MLS title. He is consistently putting in unselfish shifts and is always looking to get his team involved.

He has proven to be strong and pacey with a great eye for goal, and could be one of the most influential transfers in MLS this season.

A big statement when you see the marquee names that have migrated to North America this season, which include his team-mate Gerrard, and the likes of Pirlo, Gerrard, Kaka, Giovinco and Giovani dos Santos.

Now a fixture at club level it is surely only a matter of time before U.S. national team manager, Jurgen Klinsmann, takes notice of the 22-year old’s budding talent.

In the opinion of many the U.S. should use the friendlies on the fourth and eighth of September, against Peru and Brazil respectively, to inject new life into the national side. Lletget could be the most obvious of new faces deserving of a chance, as he has out-performed Galaxy team-mate and national team regular Gyasi Zardes.

Hopefully for a stagnating national team, Sebastian gets the opportunity to compete for a place alongside Fabian Johnson, Alejandro Bedoya and NYCFC’s Mix Diskerud. In his current form it would be an opportunity that the California born midfielder would surely relish.

In a recent interview with Sports Illustrated, Sebastian acknowledged that possibility:

“I used to watch the national team on TV, now it’s becoming a little more real to me that next time, i might actually be there.”

We will see what Jurgen Klinsmann has in mind for future call-ups but the buzz created by Lletget, cannot go unnoticed for much longer.