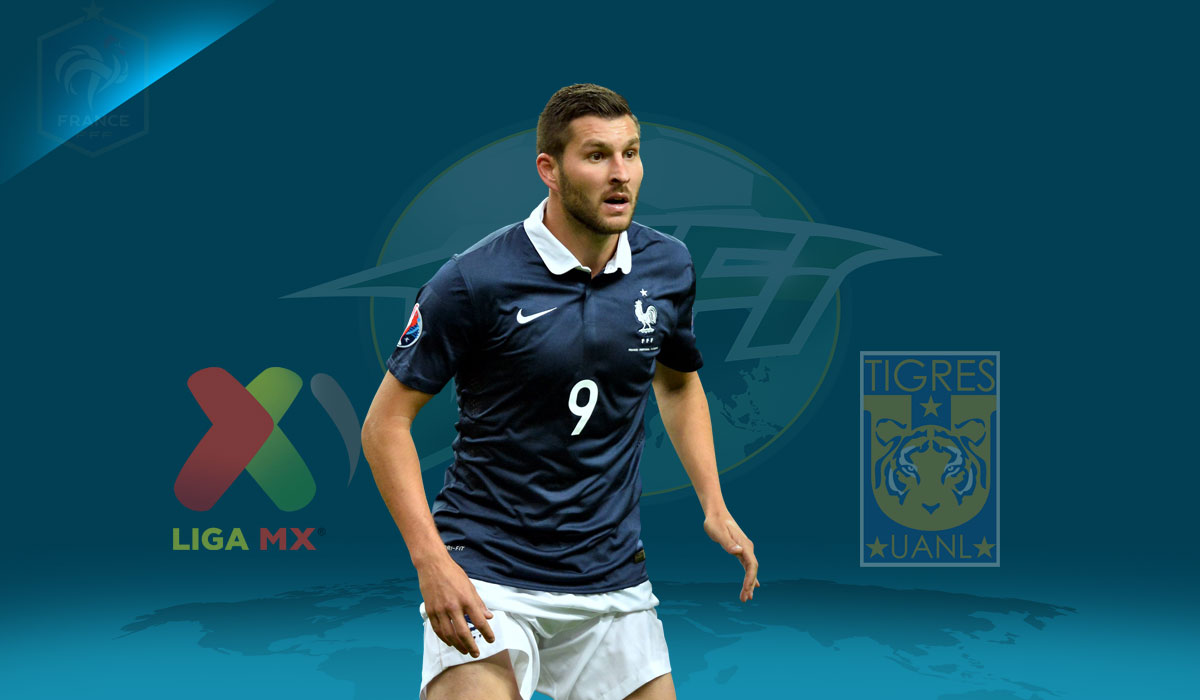 Following his hat trick against León, André-Pierre Gignac, would again prove to be the most clinical finisher in Mexican football, scoring the winner in a 2-1 victory for Tigres this past Friday against Chiapas.

After a scorching Apertura, the start of the Clausura has seen the Frenchman continue to find the back of the net, scoring an impressive 21 goals in 25 total games for since joining U.A.N.L.

It wasn’t an easy decision for Gignac to move his family across the Atlantic from France to Mexico.  It was even harder as the Frenchman was heavily criticized in his homeland for joining the Nuevo León based outfit, Tigres.

The criticism was based on the perception that the level of football in Mexico’s top-flight was deemed below Gignac’s standard, insinuating it was only for financial gain and not to further his footballing career.

Would the former Marseille man be able to prove his doubters wrong? Would he be able to  somehow get back in good graces of Didier Deschamps and the French national team?  The answer to both was a resounding, Yes.

Gignac has been great for Tigres and Liga Mx as a whole.  He has come to the league and shown discipline and desire to succeed and blossom into a star.  The preconceived notion that he may have come to the league strictly for financial gain can be dispelled.

Not only has the striker worked hard on the pitch reaping the rewards with an impressive goal tally, but he has worked just as hard off the pitch, really immersing himself in the culture of not only his new club but also a new country.  Building a real love affair with the fanbase and creating a general buzz around U.A.N.L as a whole.

You can also see he is enjoying his time in Mexico, and has been impressed by the level of football in the country.

He’s become a pioneer for the Mexican game abroad, and he was quoted in November of last year as saying,

“When you see the Mexican national team playing you say to yourself that the Mexican league is not all that bad.  And I really think that too because from what I’ve seen every weekend they’re every bit as good as some Ligue 1 clubs.”

The thought that a player below the age of thirty should avoid leaving Europe’s top leagues in order to attain regular international football would be the next major hurdle for the former Marseille man – a perception Gignac would have to sway with his consistent performances week in and week out.

The greatest payoff  in the huge gamble of plying his trade abroad has been Gignac earning another international cap at the age of 30, as France faced Germany in November of last year. A return that was capped off with the former Marseille striker scoring a blistering header from a beautiful Blaise Matuidi cross.  The late goal would go on to seal the victory over the defending World Cup winners with a 2-0 final.

What should have been a great moment for him and his team-mates, defeating the defending World Champions, was overshadowed by what turned out to be a night of terror attacks in France, which including a bombing outside of the Stade de France itself.

If Gignac can continue his scintillating form, he will likely be amongst the pool of players selected by Deschamps to represent France in this summer’s European Championships.

In doing so he would prove that a move away from Europe is no longer necessarily a signal of retirement from the highest level,  nor can it be deemed detrimental to all players careers if they are willing to embrace their new surroundings and commit themselves to excelling on the pitch.

And who knows, maybe next summer we will see more European quality players migrating to the America’s to further their careers and break the preconceived stigmas that may exist about North and South American football.   A development that surely will be interesting to watch as the summer approaches.