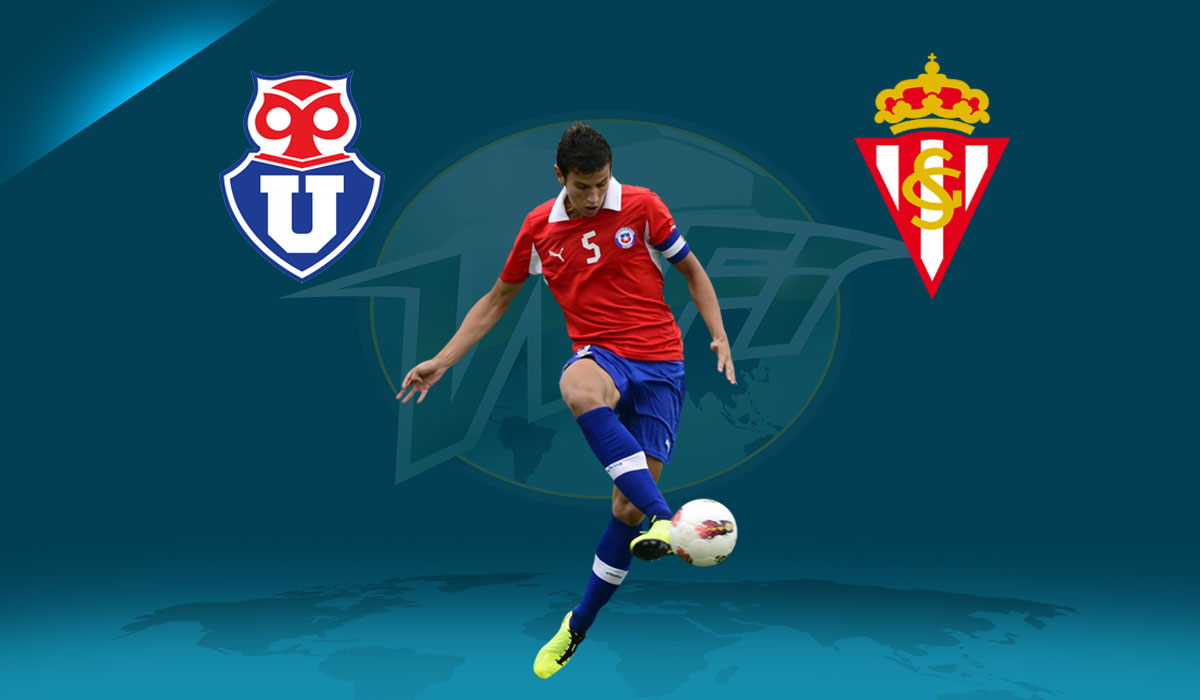 Club Universidad de Chile is one of the largest institutions of football in South America, let alone Chile.

Recently, many top players such as Eduardo Vargas, Gonzalo Jara, and Charles Aranguiz have passed through this prestigious club.  The most recent prodigy produced by La U has been Igor Lichnovsky.

As a youth player Igor showed to be an incredibly skillful defender, carrying a calmness in possession that earned him his senior debut against Club Catolica at the age of 17.  He would go on to shine in his debut earning himself the Man of the Match in the process.

From that point on there would be an increase of European scouts keeping tabs on the young defender – teams such as Chelsea began scouting him as early as 2011.

The Peñaflor native would go on to have 3 more successful seasons with his boyhood club, winning 2 Campeonato Nacionales along the way.  While continuing to perform consistently would begin to draw international attention to himself as he cemented his place as one of the brightest defending talents in world football.

By the summer of 2013, there was quite a bit of buzz over the young Chilean centre-back who impressed in his role as captain for La Roja in the U-20 World Cup in Turkey.  Chile would have a nice run, getting out of a group that included England, Egypt and Iraq.  In the Round of 16, Chile would come up against a very talented and attacking Croatian side.  The Lichnovsky-led Chile, would keep a clean sheet and advance to the quarterfinals where they would eventually fall to Ghana in an exciting 4-3 extra time affair.

Following the tournament Lichnovsky would leave Club Universidad de Chile, for a new adventure electing to further his development in Portugal signing for F.C. Porto.

On his new adventure in Europe, the son of an Austrian father would go straight into Porto’s B team in order to gain regular football, as he adapted to his new environment.

He would go on to show good signs of progression and eventually earning his first senior cap for Chile, playing the full 90 minutes and keeping a clean sheet against Venezuela in late 2014.

A few seasons have now passed and despite having two solid seasons for Porto ‘B’, the former Universidad de Chile youth product has not been able to get his first senior appearance for Dragões.

Making over 40 appearances for the B team without a sniff of the senior side, the now 21-year-old is left at a crossroads in his career as he searches for first-team football in order to increase his chances to be part of Chile’s Olympic contingent, or even as a piece in La Roja’s title defence in this summer’s Copa America.

The current situation in Porto has made it tough for young centre-backs to make their way into the line-up.  The likes of Maicon and Martins Indi have forced Lichnovsky to follow fellow Porto defender Diego Reyes to Spain, in hopes to reinvigorate their careers and cement squad places in the their national set-ups.

On January, 21st the now twenty-one year old defender signed on with Sporting Gijon – a loan deal which will last the remainder of the 2015-2016 season.

The loan move can really pay dividends for both the Chilean and the club as both fill a need for the other.  Gijon, with only 18 points in the clubs 20 fixtures, is fighting for its life in the top flight of Spanish football.

Lichnovsky is a defender desperately wanting to make his mark for the club, hoping to impress ahead of the summer, not just for his chances with the national team, but also in hopes of getting a move that increases his odds of first-team football going forward.

Only one point off safety, Igor is one of a handful of young talents Gijon will be relying upon to clinch salvation in La Liga and avoid a drop into Liga Adelante.

With a minimal transfer budget Sporting Manager, Abelardo Fernandez, has assembled – albeit mostly on loan – a young team with a ton of talent.

Mercurial forward Antonio Sanabria, and midfielders  Allan Halilović and Omar Mascareli now have a fellow prodigy to help roam the defence in hopes of keeping the Asturian based club in La Liga.

Now with so much at stake, Igor will have to acclimate himself to his Spanish team quickly and make the most of his new-found opportunity.

This can be a make or break spell for the centre-halve trying to live up to the hype bestowed on his during his time in Chile.

This is his chance to make himself a household name not just in Chile, but internationally as well.