Can Mexican Wonderkid Carlos Fierro Get Back on Track? 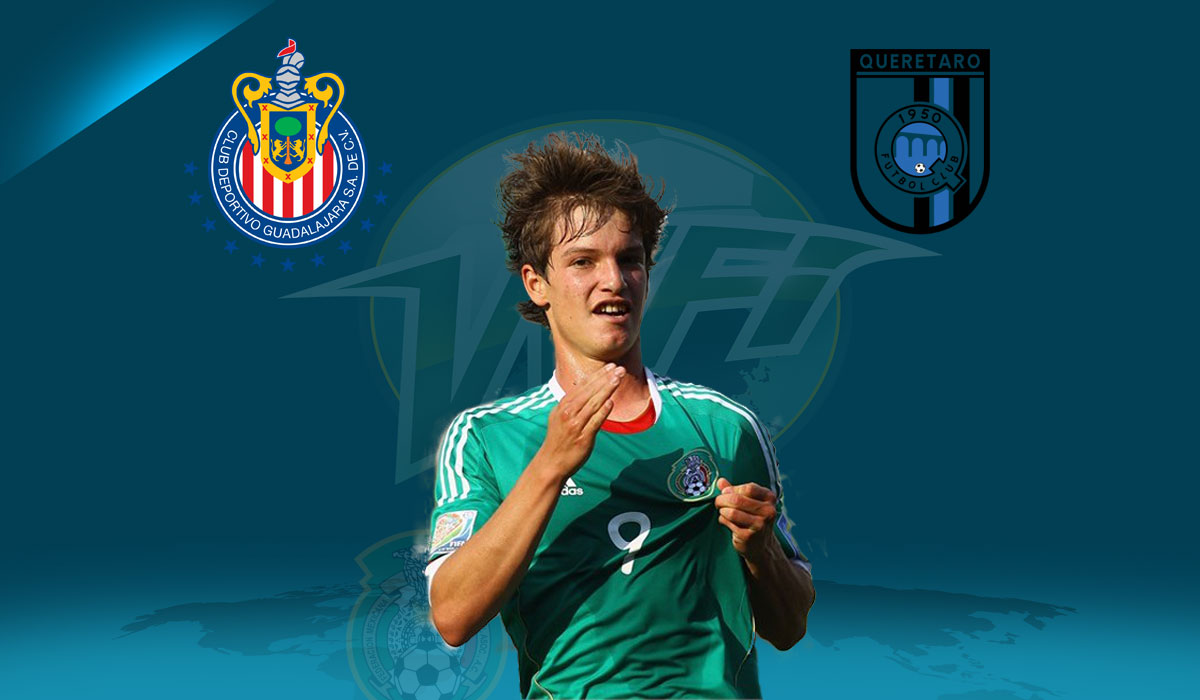 At the age of 21, Carlos Fierro is at a crossroads in his career.

The once highly touted attacker is now trying to make his mark on a new team in a season that could see his career blossom from just another ‘prospect with potential’, and see him evolve into a quality first choice attacker who could still someday play in Europe.

As a Guadalajara youth product, Carlos would burst onto the scene with the Mexico U-17 World Cup winner in 2011.

As one of the key components of that championship team Fierro would lead the line winning the Bronze Ball award at the conclusion of the tournament – ending the tournament with 4 goals, including a goal in the round of 16 and quarter-finals respectively.

Following the tournament, Fierro would make his senior debut coming on as a substitute against Monterrey in August, 2011.

Although mostly used as a during the Apertura tournament, Carlos would get his first start against Ecuadorian side Deportivo Quito.  He would go on to make the most of the occasion by scoring his first senior goal for Chivas in that contest.

Since then however Carlos’ career has seem to hit a snag.  The pacey attacker would struggle to cement his place in the Chivas starting eleven, never notching more than 1,300 minutes in any tournament with the club.

As senior player he has yet to hit a vein of form like the one he showed as a promising youth, scoring just 7 goals in over 110 appearances for Guadalajara’s giants.

The most worrying sign that his career may have stagnated is that Carlos has struggled to make an impact in a Chivas team that has been mediocre for quite some time now.  So much so that they now find themselves in the midst of a relegation battle.

As unthinkable as that sounds, Chivas could be relegated.  Never in the almost 110-year history of the club have they played outside of Mexico’s First Division.

Even so, Chivas would no longer see Carlos as part of their plan to ensure avoiding relegation and he would be deemed as a surplus to requirements.

This past month Fierro signed with Queretaro F.C. on a loan deal with an option to buy.  With him having limited success for Chivas and with the Olympics in Rio this summer it could turn out to be a move that could benefit the Sinaloa native in both the short and long term.

For the young attacker it is time to leave Chivas behind and fully commit himself to succeeding and developing for Los Gallos Blancos.

At his presentation he spoke of his excitement and desire to play regular first team football and to become a strong player who relies on himself.

He also spoke on how the limited opportunities with Chivas may have caused him to not be selected in passed U-23 teams, but that he feels this new challenge will allow him the opportunity to once again fight for his Olympic dream.

The early signs show that this could be a very fruitful move for Carlos, as he’s gotten off to a bright start in the first few round of the current Clausura tournament starting 2 of 3 games and scoring a beautiful half volley from outside the box in his latest match against Dorados.

Most importantly though, he has once again caught the eye of U-23 Manager, Raul Gutierrez, receiving a call up as they prepare for what will surely be a tough gold medal defense.

If the Sinaloa born attacker can continue to find his feet for Queretaro, he has every opportunity of being a key player in this Summer’s Olympic Games and, more importantly, he can get his career back on course and again prove to be one of Mexico’s brightest attacking talents.