Pep Guardiola in Mexico & The Influence of Juan Manuel Lillo 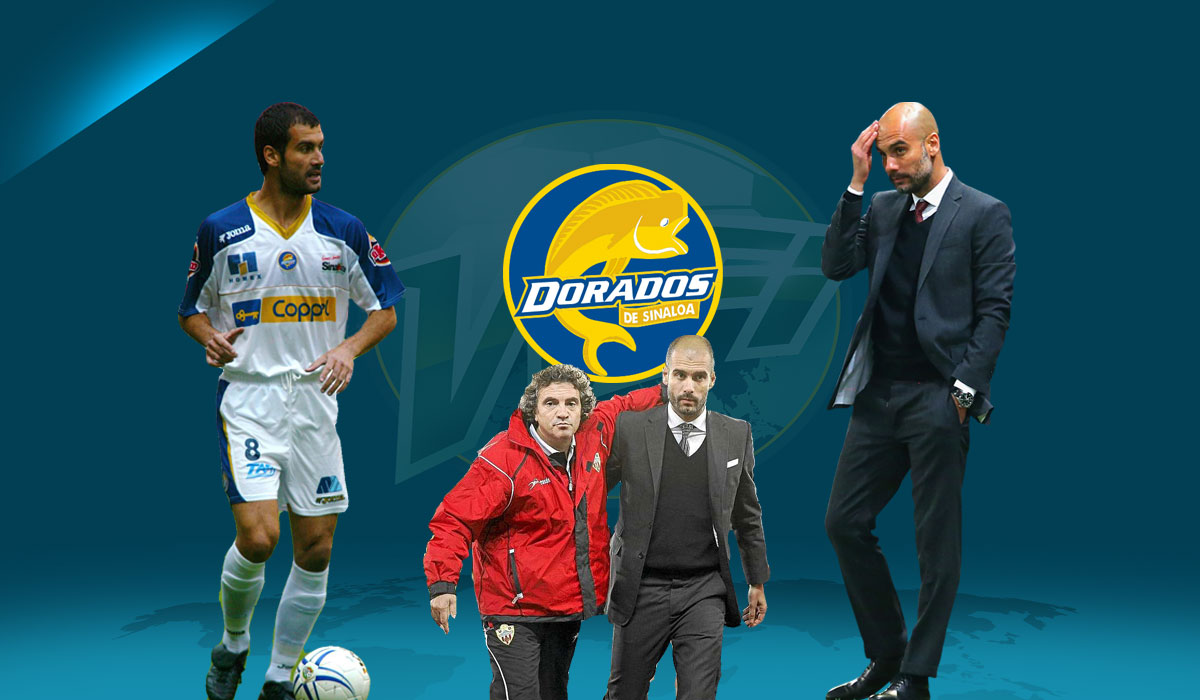 Before winning 5 League Titles, 6 Domestic Cups, 3 FIFA Club World Cups, 2 Champions Leagues, and becoming FIFA Coach of the Year, Pep Guardiola was a key component in Johan Cruyff’s ‘Dream Team’ at Barcelona in the early 1990‘s. Having come through the famed La Masia,  It was evident early on that Pep was seeing the game a bit differently than many of his contemporaries.

It was there that Cruyff was able to groom him to become the core piece in his tactical plans, deploying Pep in the highly complex pivot role.

As well as plying his trade under the famed tutelage of Cruyff at Barcelona, Pep, also honed his skills under the likes of Fabio Capello and Carlo Mazzone during a 5 year stay in Italy.

Surprisingly though there is a far less recognizable name who Guardiola himself has called his maestro, Juan Manuel Lillo.  Even more surprising considering it was only a meagre 6 months for which Pep actually played under Lillo in Mexico.

For those who aren’t too familiar with Juan Manuel Lillo, he was most recently an assistant for Jorge Sampaoli during his tenure with the Chilean national team and has been coaching since he was 16.

At the age of 20, Lillo became Spain’s youngest qualified coach while managing his home-town club Tolosa CF in the fourth tier of Spanish football.  A man with a thirst for the game and a yearning to express his own tactical ideas on the pitch.  He was a huge advocate early on for the 4-2-3-1 which we have seen become a staple in the modern game.

Lillo really made a name for himself by sealing double promotion with UD Salamanca, becoming a top flight manager before the age of 30.  He would manage Salamanca until 1996 when he was sacked as the team was unable to avoid relegation.  The Spaniard would sign on to manage Real Oviedo shortly after leaving Salamanca.

During his time at Oviedo, Lillo got a knock on his office door after a 4-2 defeat to Barcelona at the Camp Nou.  The man at the door was none other than Pep Guardiola; a huge admirer of Lillo’s tactics and the style of football his Oviedo side displayed.

This meeting was the beginning of a budding relationship that would blossom over time.  The men would share contact information and a desire to discuss the inner workings of the game.

After that meeting in 1996, Lillo would go on to manage 6 teams before landing in the Mexican First Division with Dorados de Sinaloa in 2005.

Pep on the other hand would enjoy the prime of his career with Barcelona before moving to Italy for a few stints with Brescia and a stop in Rome.  He would follow his time in Serie A by playing in Qatar for Al-Ahli for a few seasons until signing on with his long time friend in Mexico in December 2005.

By the time Pep had arrived in Mexico he was decorated with 6 Domestic and European titles with Barcelona.

Having turned down playing offers from teams in England and Italy,  Pep was gaining his coaching qualifications at this time, but was lured away by Lillo, who needed help for Dorados to avoid relegation. He needed a manager on the field who could dictate the style of play, and he found this in Pep.  As was evident throughout that Clausura tournament.

In the end however Sinaloa failed to avoid relegation, and Guardiola brought his playing days to an end following the final game of the Clausura.

A few months would pass and Guardiola would return to Spain to continue his studies as a coach and quickly take the helm of Barca “B”.    And well, the rest really is history.

Juan Manuel has been such a massive influence on not only Pep’s tactical development but also in the way he manages the  players as individuals.

“Pep and I are intent on the same thing – gaining superiority from position.  What use is good play between the lines if it does not take out opponents?” Lillo has said.

Lillo’s favoured 4-2-3-1 allows his teams to retain possession freely.  Something which resonated with Guardiola during their conversations, as Pep has been a massive proponent of this style of play since his managerial career began.

Although Pep has learned from many great names like Capello and Cruyff, lets not forget about Juan Manuel Lillo,  the seldom remembered maestro who’s played a massive role in shaping his good friend into arguably the most revolutionary thinker and tactician in the modern game.

Who knows what would have become of the modern game if the paths of the two men hadn’t crossed, and they didn’t spend those six months together in Mexico.  Thankfully they did.