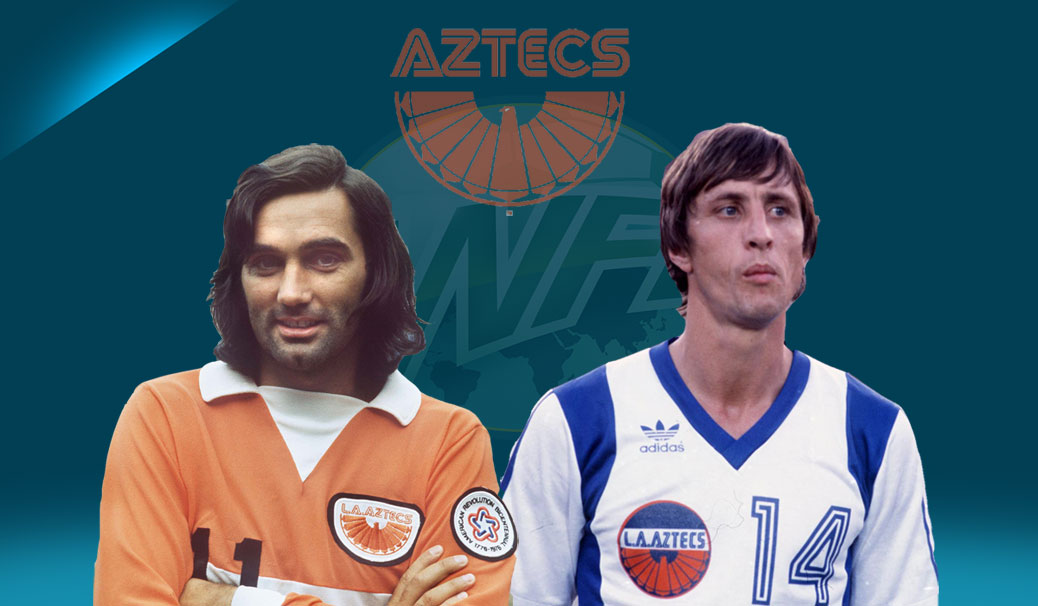 In the mid-to-late-seventies, well before the time of Robbie Keane, David Beckham, or Steven Gerrard, there was a star-studded revolution culminating in Los Angeles.

The beautiful weather and lure of Hollywood, along with the club winning the NASL title in their inaugural season would soon attract a big-name European contingent.

Though the stars would be bright in Los Angeles, the lack of stability in ownership and the inability to secure an adequate stadium would see the Aztecs have an incredibly brief history with very mixed success.

It was a sensational introduction to professional football for franchise when the club would win the league title in 1974- and founder Dr. Jack Gregory was looking to capitalize.

He would find success in his quest, convincing a musical star with a love for football to invest in his project and become co-owner of the Aztecs.

That man was none other than Watford owner, Elton John.

During that short, two-year regime, the Aztecs would go on to sign George Best when, though clearly not at his peak, George was only a couple of seasons removed from his spell with Manchester United.

Best came to the NASL in 1976, a year after Pele joined the New York Cosmos, and the two of them were clearly the biggest names to migrate to North America at the time.

Unlike the Brazilian superstar, Best’s presence in Los Angeles didn’t quite create the buzz on west coast that was erupting in New York for Pele and the Cosmos.

The combination of lacking excitement and support for the developing club, coupled with the lack of a permanent home with quality football facilities would see the Aztecs average under 10,000 spectators per match during Best’s two seasons in LA.

But this was a paltry figure when compared to the 34,000 the Cosmos were averaging during the same period.  At their peak, attendances at the old Giants Stadium in New Jersey would be as high as 70,000.

On the pitch, the Manchester United legend still had enough in his locker to dominate the recently founded American league. In 1976, Best would go on to net 15 goals in 23 matches, finishing the campaign tied for 6th on the NASL scoring list.

1977 would arguably be his best season during his stint in Los Angeles. Best would tie a league record for assists, accumulating at total of 18 that season, the bulk of those for team-mate and NASL scoring champ, Steve David.

But like at most of his stops after his time in Manchester, George would wear out his welcome with the Aztecs. In 1978 he started the season suspended without pay for his lack of professionalism.

He repeatedly missed practice, and when he did show up he was often hungover from the night before.

Due in large part to his alcoholism and the night-life in Hollywood, the 32-year-old Best would be shipped to NASL rival Fort Lauderdale Strikers in the summer of ’78.

By 1979, Elton John had gone as well. The new ownership group was in need of star power in an attempt to re-infuse the mercurial franchise.

To do so, the club would enlist Rinus Michels, the former manager of the Dutch national team, Ajax, and most recently at the time Barcelona.

The first thing Michels would do was seek out the services of a player he was very familiar with, the one and only Johan Cruyff.

With Cruyff following Michels out of the Camp Nou and heading towards Southern California, the Aztecs’ supporters were about to witness a real display of footballing genius.

Cruyff would take the league by storm in his debut season, scoring 13 goals on his way to picking up the NASL’s Most Valuable Player award.

But all was not well, the club would find itself in financial trouble and would be forced to change ownership once again. This time Mexican broadcasting company Televisa would take the helm.

With new ownership came major changes and one of those was to capitalize on Cruyff’s sensational season and sell him off to NASL opponent Washington Diplomats. A move that would prove the nature of the new ownership regime.

Investing in the club for what seemed to be exclusively financial gain the Aztec supporters would see their club fall to mediocrity.  With mediocrity came drastic drops in what were already low attendance figures.

The near 50% average drop in attendance would prove to be the final straw for the Tinsel Town based franchise. Televisa announced that they were folding the club and liquidating assets shortly after the 1981 season.

Though not as glamorous as one may expect a Los Angeles club to be, it’s important to look back at oft overlooked club with two of the brightest stars in football – Cruyff and Best – as pioneers.

Two players who took a gamble on a struggling franchise and briefly thrilled tiny crowds in Southern California. And boy were they lucky to have had them.