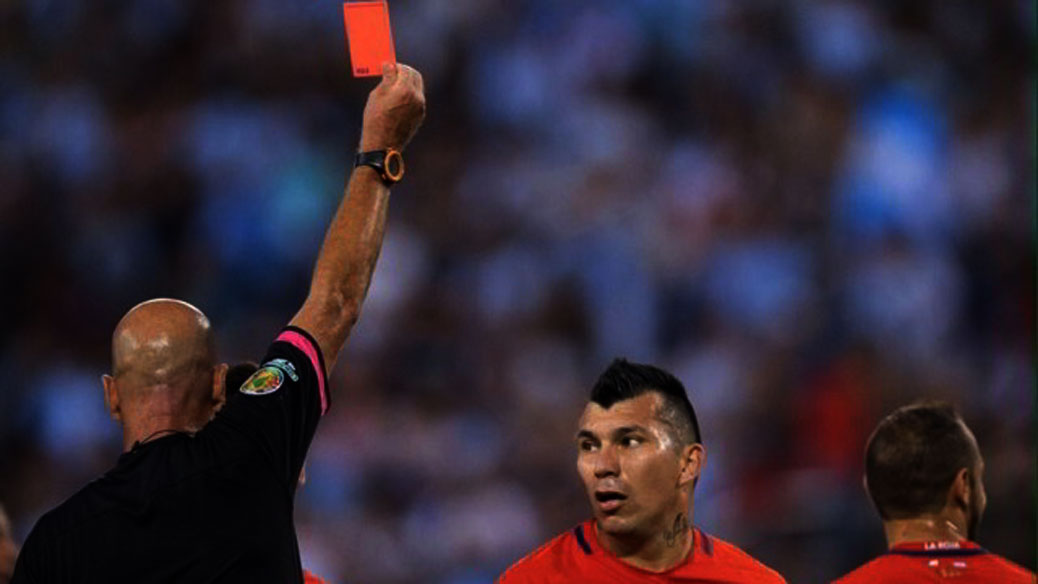 In the United States, it’s rare that football makes its way into the national conversation. Rarer still is it when South American football is the subject of choice.

Yet, on Sunday night, with Argentina and Chile clashing for the Copa América Centenario title on American soil, South American football made its way into the American sporting spotlight.

The results? Well, those were mixed.

Argentina-Chile was a match that didn’t lack for drama.

On one side, Lionel Messi, this generation’s greatest player searching for his first full title with his homeland, on the other, a Chile side seeking to defend a title they had won for the first time just one year ago.

In the end, Chile did defend their title, defeating Argentina 4×2 on penalties after a scoreless 120 minutes.

While the story was very much about Lionel Messi, who skied his penalty chance, and failed in his quest to lead Argentina to a title for the third straight Summer, the story, as it often is in South America, was just as much about the man with the whistle: Brazilian Héber Lopes.

Lopes, who has a well-earned reputation in Brazil in South America as a card giver, handed out 9 total cards on the evening, including two reds, one to each side.

At halftime, the talking point wasn’t Gonzalo Higuaín’s miss for Argentina as much as it was Héber Lopes decisions (both of which were wrong, said the consensus opinion).

This led to much angst from my American friends. They were upset that their dramatic first half of football was marred by an official. When they saw Héber Lopes’ officiating history, now 103 yellows and 13 red cards in his last 20 matches alone, they couldn’t believe this man was in charge of the biggest match of the summer.

Watching South American football is about finding beauty in the madness, and never was that more true than on Sunday night.

It was ugly, it was rough, it was chippy, and there were cards. It was everything that makes following South American football so entertaining.

Too often, the more popular European football is so incredibly polished, that the drama almost seems taken out of it. Barcelona, Germany, and the other favorites don’t just win, they win in such a style that the result is almost never in doubt.

They win with a clinicalness that while impressive, is also sometimes boring. South American football is never that.

Is South American football chaotic? Yes. But that’s what makes it so entertaining. Because when you sit down to watch a game, you have absolutely no idea what will happen. If you think you do, you’re only ever fooling yourself.

All you know is each match will start with 22 players on the pitch. After that, anything (literally, anything) can happen, and that’s what makes football in South America so great.

On any given night, you can see an 8-goal thriller, a match finish 9-on-8, or (unfortunately enough) a 0x0 that never leaves first gear. It’s that intrigue that draws me to the South American game more than its European counterpart.

There is nothing known, only unknowns, and there is beauty in those unknowns.

This Copa América was a special one. Yes, there were flaws: Bad officiating decisions, poor organization, and empty seats chief among those. But those flaws didn’t keep this tournament from being beautiful.