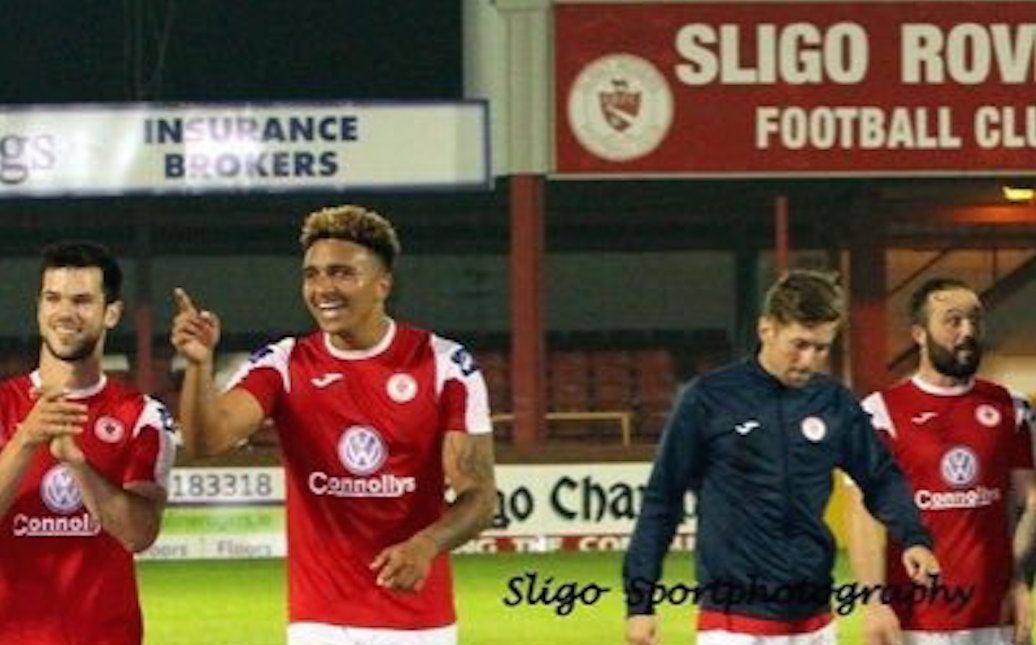 When asked about coming over to Ireland from the UK, Rowling, said that he didn’t take much persuading after speaking to Rovers manager Dave Robertson.

“It didn’t take any persuasion at all. Dave Robertson rung me on deadline day in January last year and I made my decision to move within an hour. It was the right move for me. I wasn’t playing at peterborough and didn’t look like I was ever going too, as hard as I tried.”

“I need football experience and I know Dave Robertson very well. He gave me my first professional contract and he believes in me. I’d heard of Sligo before, and their great success, and heard good things about the league and players who’ve come out of the league and signed for English clubs. So it was an easy choice for me.”

As a right back Rowling had big boots to fill after fan favourite Alan Keane announced he was retiring from football. Keane has since played with Champions Dundalk and recently signed a contract Northern Ireland side Crusaders.

Rowling settled in to the Bit O’Red team after struggling in the first few games of the season, speaking about his performances last season Rowling said;

“Personally I thought it was a good season, but I know I can offer a lot more but on a personal level. I was happy too keep my place in the team and only miss one game due too suspension, so I want to carry that into this season coming, and add goals and more assists to my game.

“At first I found it very hard. [The] first few games were passing me by and it felt like, maybe aggression wise, I wasn’t on the same level. But then the first round of games went and then I got into my flow and started being consistent and getting grips with the league.”

“The facilities at the Showgrounds are very good, the pitch is always in very good condition. There is a 3G [pitch] at the ground, as well as a few other pitches, and the match pitch of course.

“The facilities we have at the Showgrounds are quite similar, in my opinion, to what you would get at League two or League one club.”

When asked if any of the Rovers players stood out for him last season, Rowling singled ex-Liverpool midfielder Craig Rodden out for praise;

“There is a lot of talent in the team. Everyone stands out in their own way. We have a very talented team who are really together.

“But one for me, who I think is a key player in the team and in my opinion doesn’t get enough praise for what he does, is Craig Roddan. I also learn from him a lot and he has helped me, like many other players in the team have done.”

Rovers recently begun pre-season training for the 2017 season. As with every player in the League of Ireland, Rowling has his own personal ambitions for the season ahead.

“Personal aspirations for me next year are play every minute of every game of the season, and also perform at a high levels week in week out, adding goals and assists too my game. But for the team, the minimum is Europa league qualification and a good run in the cup, as unfortunately last year we missed out on both of those things.”

Rowling grew in to the Rovers side last season and became an integral of their defence.

Having been voted young player of the season by the Sligo fans, he will be expected to push on this season and show the clubs who are currently courting him exactly the type of player he is.