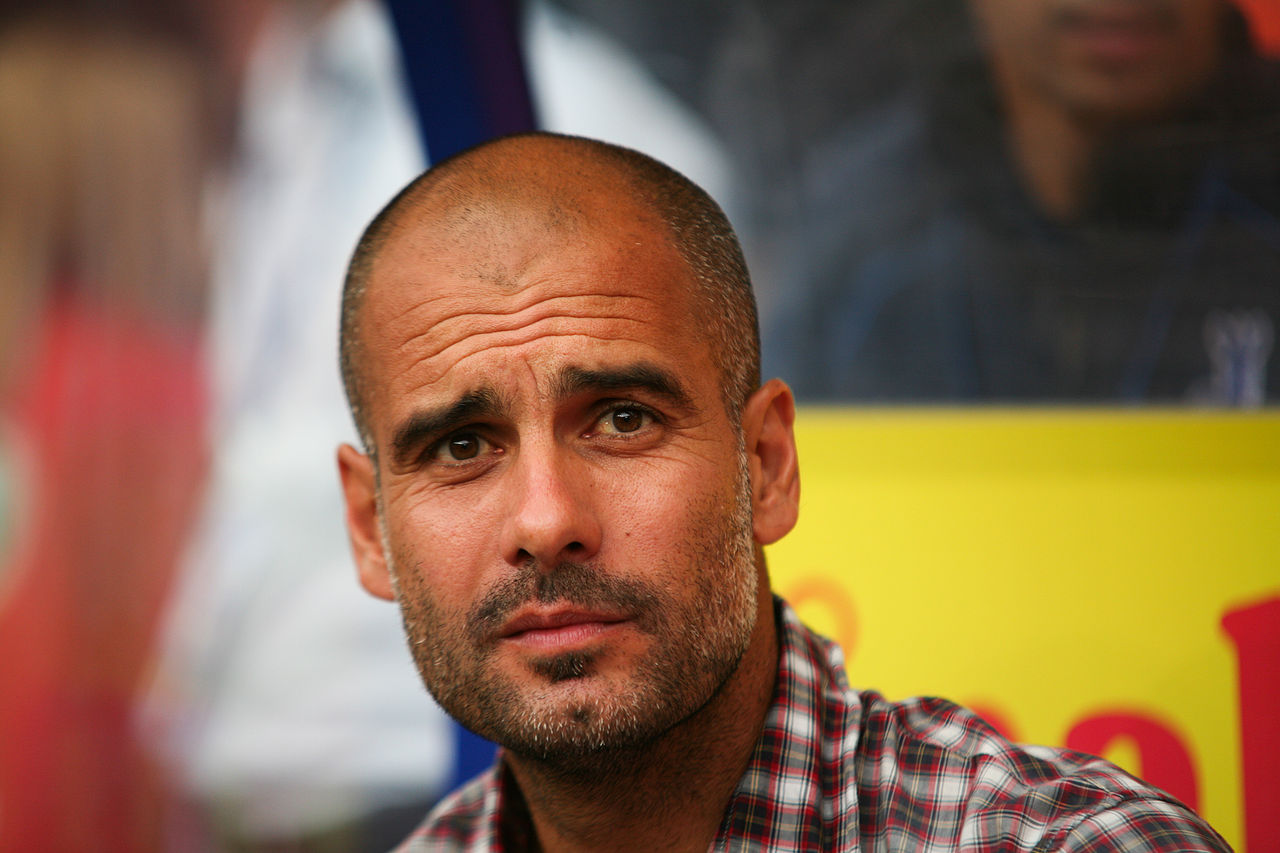 After Manchester City’s 2-1 win over Burnley in the Premier League, Pep Guardiola gave, what can only be described as a cranky interview to the BBC.

His demeanour in that exchange was a little reminiscent of the Guardiola of the 2011/2012 season.

That season Guardiola, it seemed, had the weight of the world on his shoulders.

According to Guillem Balague in his 2012 autobiography, Another Way Of Winning, after a 1-0 defeat to Getafe in the league, Guardiola on the flight home, looked isolated, down in the dumps and untalkative.

Also missing his friend and right hand man, the late Tito Vilanova who was recovering from cancer at the time, it was harder to pinpoint a lower moment in the Barca coach’s morale.

Guardiola in private is a complex person. He mulls things over in his mind, to the extremes at times. He lives for winning games and those who know him often wonder if he overdoes things.

It’s during these prolonged sessions of thought that Pep often gets his flash of inspiration and discovers how the next game can be won.

Guardiola has the Catalan work ethic, something his parents instilled in him from an early age.

He has a sensitive side that few get to see, and he constantly worries about disappointing the fans by not meeting their expectations. Pep is an obsessive type of manager, who pays attention to the smallest of details.

In that BBC interview Guardiola was starting to show the cracks that plagued him in his final season at the Camp Nou. He looked gaunt, old and unsure of himself.

City simply aren’t performing at the minute and that’s eating away at Guardiola’s confidence. He looks lost and as I write this, Guardiola looks like he doesn’t know how he’s going to get City back on the right track.

As a young player Pep would come back from his early training sessions at Barcelona, quieter than normal, apprehensive and he was unable to eat properly. He would regularly ring his parents crying down the phone, looking to come home, but his parents persuaded him to stay.

Back in the early days at La Maisa, Pep would feel helpless but he would not allow this feeling to get in the way of his dream of one day playing for Barcelona.

Guardiola’s time at both Barcelona and Bayern Munich was a time of unprecedented success for both clubs. Depending on to who you listen to the transformation of both clubs into arguably the greatest teams of their generation was all down to Guardiola.

But at Barcelona, former manager Frank Rijkaard had already laid the foundations for Pep to build upon. Players like Samuel Eto’o, Andreas Iniesta and Lionel Messi were already at the club and were already performing at the highest level.

Under Rijkaard, Barcelona had steadied the ship that was slowly sinking. The Dutchman won the La Liga title twice during his reign but couldn’t compete on a European stage, something the Barca fans craved.

During his time at the Camp Nou, Guardiola won an impressive 14 titles including the Champions League, La Liga and the Club World Club title.

Such was the pressure to win at the Nou Camp, on leaving Barcelona Guardiola took a year out from football and upped sticks to New York. A city were he was anonymous and this anonymity is something Pep craved.

While on hiatus, Pep was approached by all of Europe’s top clubs, each trying to tempt him back in to management. In fact Chelsea owner Roman Abramovich took the unusual step of informing Guardiola that he would appoint an interim boss at Stamford Bridge, which would allow Guardiola take over a year after he left Barcelona.

Guardiola turned down the Russian’s advances and instead opted to join Bundesliga champions Bayern Munich, and on the 26th June 2013 he was announced as the successor to former boss Jupp Heynckes.

Just like when he took over from Rijkaard, Guardiola walked in to a winning team. A team full of superstars and a team with little or no competition when it came to winning German honours. In his 3 years at Munich, Guardiola won the UEFA Super Cup, one FIFA World Club Championship title, 3 Bundesliga title and two German cups.

So it came as a surprise when Guardiola announced he was not renewing his Munich contract and would be moving on to pastures new.

These new pastures brought him to the Ethiad Stadium and Manchester City. This time though he wasn’t walking in to a team that had dominated the Premier League as much as Barcelona and Bayern Munich had their respective leagues before and after he took over.

Under the eye of previous manager Manuel Pellegrini Manchester had won the League Cup in 2014 and 2016 and the Premier League title in 2013/2014.

So far this season Guardiola has played a total of 31 games, winning 19, losing 6 and drawing 6. His team has scored 66 goals but conceeded 33 goals. His win percentage rate is an impressive 61.29%.

Even with these impressive stats, at the time of writing this, City find themselves sitting 5th in the Premier League, two points outside the Champions League places and just two points ahead of city rivals Manchester United.

For some, it seems that Guardiola has bitten off more than he can chew at Manchester City. The Guardiola at Barcelona is gone. The swagger and confidence is slowly being eroded away and he looks a man under extreme pressure. His demeanour is reminiscent of that night against Getafe.

He doesn’t seem to know what to do or how to get his side back to winning ways. He has suffered his heaviest defeat of his career against Everton, a 4-0 loss.

Has Guardiola been found out or has he underestimated the quality of the Premier League?

Come May we’ll all know, but one thing is for sure, you don’t become a bad manager overnight.