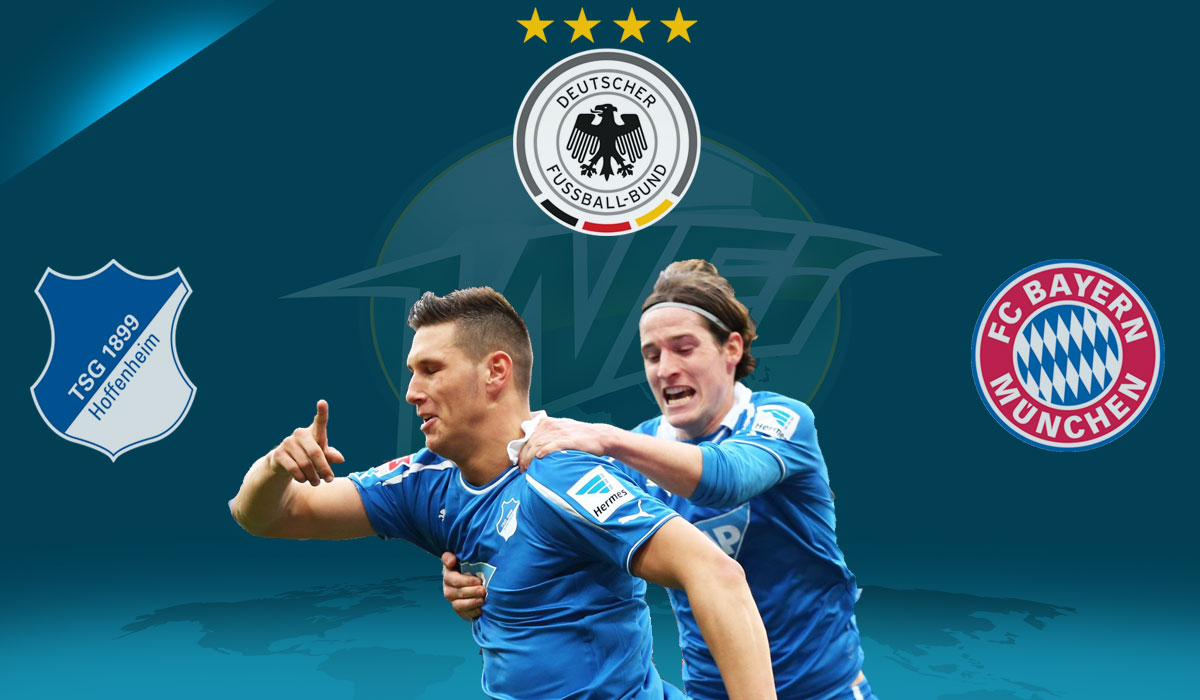 Hoffenheim duo Niklas Sule and Sebastian Rudy are both Bayern Munich bound at the end of the season, but what will they offer Carlo Ancelotti’s side?

Currently sitting 13-points ahead of closest challengers RB Leipzig, Bayern look set to win their 5th Bundesliga title in a row, and they acted quickly in January to bolster their ranks for next season.

Sule joins for an undisclosed fee, while Rudy was available on a free transfer as his contract with Hoffenheim expires in June 2017.

The signings see the Bavarians secure one of the most talented young German defenders around, and a German midfielder who’ll glue the other parts of their team together.

Uli Hoeneß recently returned to his role as Bayern president, and his idea that “the core of the national team needs to play at Bayern” is reflected in these two signings.

However, the players bring much more than German nationality to their new side. The pair played for current club Hoffenheim away to Hertha Berlin, and here are a few things of note from that game. Despite a couple of early wayward passes both settled into the game, and Rudy has no hesitation in using the 21-year-old Sule as he seeks to maintain possession for the side.

The Hoffenheim No 6 found Sule 11 times, more often than he did any other player.

The first real chance of the game came from Rudy’s in-swinging corner. It created an early opportunity for Julian Nagelsmann’s side but was blocked on the line.

Set pieces are always a handy weapon for a player to have in his arsenal, and Rudy has no hesitation when it comes to stepping up to dead ball situations.

He’s a fairly unassuming player most of the time, and he won’t take Bayern by storm or go on to become one of the best players in the league. What he will provide a steadying influence in the centre of the park, replacing some of the attributes which the retiring Xabi Alonso brought to the side.

Even though the midfielder’s strengths lie mainly in his ability to find passing angles and take up good positions to receive the ball, he also boasts some decent defensive stats.

He’s among the top ten players in the league for tackles with an average of 3.2 per game, and also averages an impressive 3.3 interceptions per 90’.

Behind him, and often to the right, Sule cuts a solid, imposing figure, but one who’s not afraid to get involved in the game with the ball.

The young centre-back plays as the right sided player of the back three, and shows a willingness to venture out of the back line with the ball. He finished the game with a pass success of 92%.

At times he even found himself in the defensive midfield position, especially when Rudy had made his way forward to try to influence play further up the pitch.

The ball looks no bigger than a pea at Sule’s feet, such is his size. He’s 6’4” (195cm) and weighs in at around 91kg, but if anything he needs to impose himself a bit more on opposition forwards.

It’s probably more a case of him learning how to use his size, which is something he could develop at Bayern.

In a recent interview with Munich newspaper TZ, Sule stated that he’ll learn from the centre-backs currently at Bayern, even if he might not be first choice straight away.

“I think I can learn a lot from both [Mats Hummels and Jerome Boateng],” he said.

“If I look to learn something from Mats and Jerome every day, I can bring myself to a completely different level.”

He also revealed that he had the chance to move to England, and to Chelsea specifically, but decided to stay in Germany.

“Of course, it was huge that the Premier League league leaders showed interest in me, but it felt better to stay in the Bundesliga, and there is no greater team in the world than Bayern.”

He went on to score what was the game winning goal against Hertha with a thunderbolt of a strike from outside the area.

His position wide in defence occasionally allows him to get forward, which will serve him well at Bayern if they use a back three in the absence of another retiree, Philipp Lahm, or if they play two central defenders who spread wide.

It was a memorable strike to give Hoffenheim a 2-1 lead, and they eventually went on to win the game 3-1 against a poor and unambitious Hertha side who were down to 10-men by this time.

His new employers will be hoping for one or two of these when he joins them for next season.

Meanwhile, the lower profile signing of 27-year-old Rudy could turn out to be one of the best pieces of business done in Europe this summer.