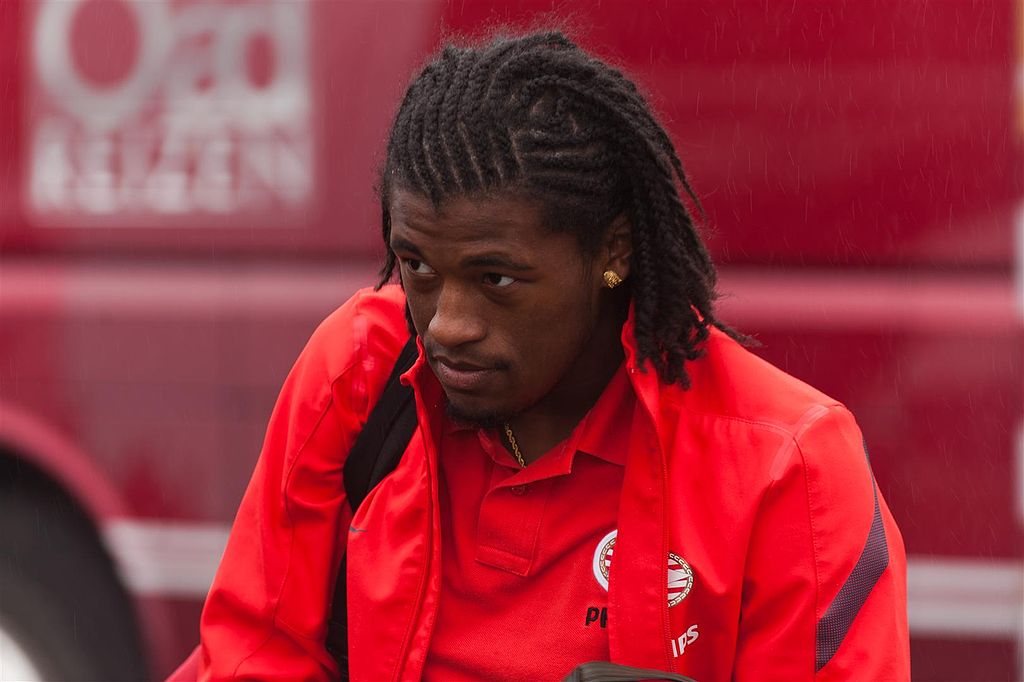 Georginio Wijnaldum is taking root in Liverpool’s midfield and is fast becoming one of the club’s standout signings of recent years.

While Jordan Henderson has struggled with an ongoing heel injury, and the form Emre Can and Adam Lallana fluctuates between outstanding and inadequate, Wijnaldum has been one of the more consistent players in the centre of the park for Jurgen Klopp’s side, even during their rough start to 2017.

The Dutch international’s own roots are spread far and wide. He was formerly known as Georginio Boateng due to a Ghanaian stepfather, but he has never had direct blood links with the African country and dropped this part of his name in 2009.

“I want to put on record that I am now Georginio Wijnaldum and not Georginio Boateng,” he said in 2013 when rumours were circulating that he was Ghanaian. “In fact I have been known as George Wijnaldum for four years now.

“Boateng was the name of my former step father who is related to retired Dutch footballer of Ghanaian origin, George Boateng.

“My step father gave his surname to me but after he divorced my mother I got the Boateng off my name and took my mother’s name Wijnaldum as my surname.”

He does, however, have strong ties to the South American country Suriname, and it’s here that his true roots lie.

“My mother and my original father are Surinamese so people should get it clear,” he added, probably not as abruptly as the quote suggests.

Suriname is a relatively small country by South American standards, and is located beyond the northern edge of Brazil, bordering two other similarly sized countries — Guyana and French Guyana.

As the name of the latter suggests, these countries are heavily influenced by their time under the rule of various European nations, and between them — along with Venezuela which borders them to the east and Brazilian stata Amapa to the west — they’ve been controlled by European nations Spain, France, Britain, Portugal, and the Netherlands.

Suriname was initially disputed by settlers from the Netherlands and Britain, but eventually came under Dutch rule in 1667, and from this time onwards the country’s population became a mixture of Europeans, indigenous people, and African slaves.

It took over 100 years after the abolition of slavery in the country in 1863 for Suriname to become independent, but on gaining independence in 1975 large amounts of the population had already emigrated to the Netherlands in fear that the country would struggle without its European influence.

It’s for this reason that many Dutch footballers playing for the country in the late 20th century and beyond have Surinamese roots.

Both of Wijnaldum’s parents are of Afro-Surinamese descent, and it’s here that the similarities between himself and Seedorf begin.

They share a style as well as roots. Both are versatile players in the middle of the park, possessing intelligent qualities on top of physical ones, and are often the tactical linchpins of any side they play in.

For the legendary Seedorf some of his finest moments came in the Champions League finals he won with three separate teams — Ajax (1995), Real Madrid (1998), and twice with AC Milan (2003, 2007). These games epitomised his strengths and his importance to a team tactically. He was the clever bundle of energy knotting a team together in front of a defensive midfielder and behind the attackers.

It’s this type of box-to-box role with a focus on attacking which Wijnaldum has made his own at Liverpool.

When a player is in the thick of things it’s difficult to pass quickly and accurately all of the time, but the no. 5 does it well, and has become one of Klopp’s most important players because of this.

Despite the ongoing narrative about his lack of goals away from home, even in trips to opposition arenas he’s always on hand to receive the ball and quickly offload it to another player in a better position.

Wijnaldum has gone from being the quiet, underappreciated metronome in the centre of the pitch, to one of those underrated players who can no longer be so because everyone is saying it.

As the more dynamic of Liverpool’s two attacking midfielders, he also has the responsibility to cover others when they roam from their position, and it’s in these situations that he shows useful defensive skills too.

In front of a holding midfielder, and behind Brazilian playmaker Coutinho, he’s become the Seedorf-like tactical glue of Klopp’s team.

Whether he reaches the heights and status of his predecessor remains to be seen, but the soon to be adopted Scouse Dutchman with Surinamese roots could become one of the club’s great players. Whether this transcends to a European or international stage depends on the ambitions of the club itself, but there’s no doubt a player like Wijnaldum will do his utmost to add a few entries into the honours column for both himself and for the team.