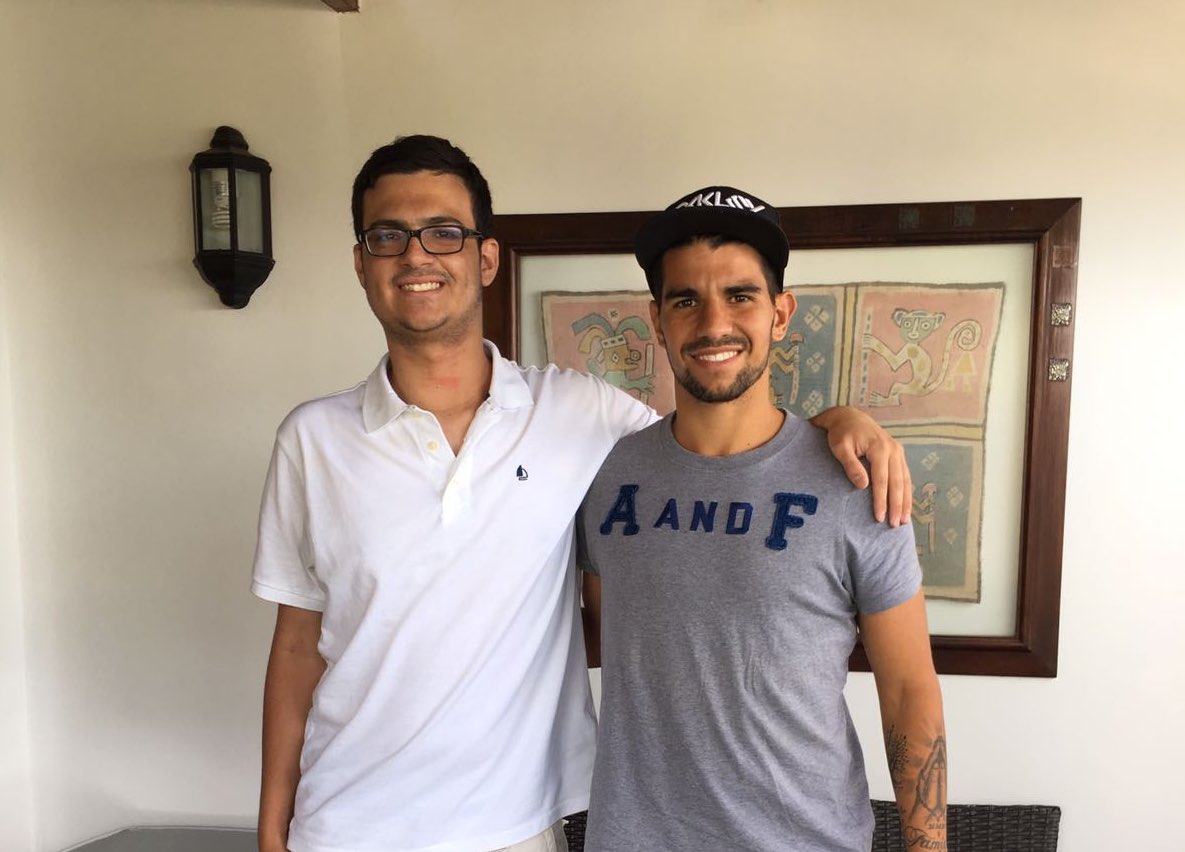 Larrauri is currently playing for Deportivo Municipal who took part in the early rounds of the 2017 Copa Libertadores but were knocked out by Independiente del Valle.

The attacking midfielder has played abroad as well as in Peru, and as a youth he was on the books at Bayern Munich. He has also had stints at Leicester City and Pachuca.

On returning to Peru, he’s played for Sporting Cristal, Cienciano, Alianza Lima and before arriving in Peruvian capital Lima to play for Municipal.

Larrauri is yet to receive a national team call up, but was part of the Peru U-17 side in 2011. This team had players such as Edison Flores, Andy Polo, Cristian Benavente, and Renato Tapia, and all four have received Peru call ups since.

Here he talks about his ambitions to play for the national team, the clubs at which he’s learned the most, and his hopes for the future.

The domestic league kicked off last month, how are you feeling early on in the season?

I feel good. I feel that we’ve had a good start to the season.

Unfortunately, the last game I had a small ankle injury which may leave me out for some time, but I’m glad because we started well even if the team hasn’t had as good of results as of late. I still think we’ll reach the goals we want to achieve this season.

Out of all the players in the world in your position, is there one that influences you? One that you look up to?

Well, the player I admire the most I think is Messi. He plays a similar style to me, which is behind the striker. I’m pretty sure he’s the player that everyone else admires!

I would like to play abroad but it’s also a dream to play for the national team.

Although I do think that if I do well with Deportivo Municipal, I could possibly get a call up to the national team and that can possibly help me get a move abroad.

Since I asked you about “returning” the readers will now know that you have already been there! You’ve played for Bayern Munich, Leicester City and Pachuca. Out of these 3 clubs which was the one that influenced you the most?

Well, in all three I’ve learned a lot, when I was in Germany I was a lot younger and it helped for me to improve my personality and mentality as a player.

You played for Bayern Munich at a young age — one of the biggest clubs in world football. Can you tell us a bit about how that went?

In truth, I was really young. I was 13 years of age and I went with just my father.

At first the transition was tough. It was tough to get used to. However in footballing terms I learned a lot.

I learned a lot of things that I don’t think someone of that age would learn here in Peru. So it helped me and I’m really happy to have had an experience like that.

You’ve played for four clubs here in Peru, and four relatively big clubs at that. However I’m going to ask you about Alianza Lima — one of the Peruvian giants. Did you feel pressure when you signed for La Blanquiazul?

Well, truth is I was really happy when I signed for Alianza Lima. My family are all fans of Alianza and they were really proud of me when I signed.

The pressure is always going to be there, there will be in another footballer and more at a big club. I think for most players and more for me, I like to be at clubs where you will feel the pressure.

You’ve played for three clubs in Lima and one provincial club, Cienciano in Cusco. Tell us a bit about the difference between playing in Lima and playing in the provinces. Are the fans different? Does playing altitude affect your game?

The taste over there is different, but I really liked the experience. I was living alone, and as a young player I’m now really used to living alone elsewhere.

In footballing terms, I think the altitude really helps because all the other teams came to Cusco and they got tired a lot easier, so we took advantage. If you’re used to playing in altitude, it’s not too bad. I think it really helped, I had a great year and it led to me signing for Alianza Lima

On that note, when you played against Independiente Del Valle in the Copa Libertadores, did you feel that the experience of playing in the altitude of Cusco helped you play well in Quito?

No, not anymore. A long time has passed since then.

I wasn’t as used to it. For example, when we played against Real Garcilaso in Cusco, the altitude really affected me.

Against Del Valle though I feel playing at night affected me less. It’s better than playing in the afternoon in the sun with heat, it’s horrible.

When one is used to altitude and you play there for a team, the altitude really helps out but with time away, you won’t be able to play as well up there.

Thank you Pier for the time, I wish you the best!

Brian has kindly allowed World Football Index to post this video on the interview, which was originally recorded in Spanish.