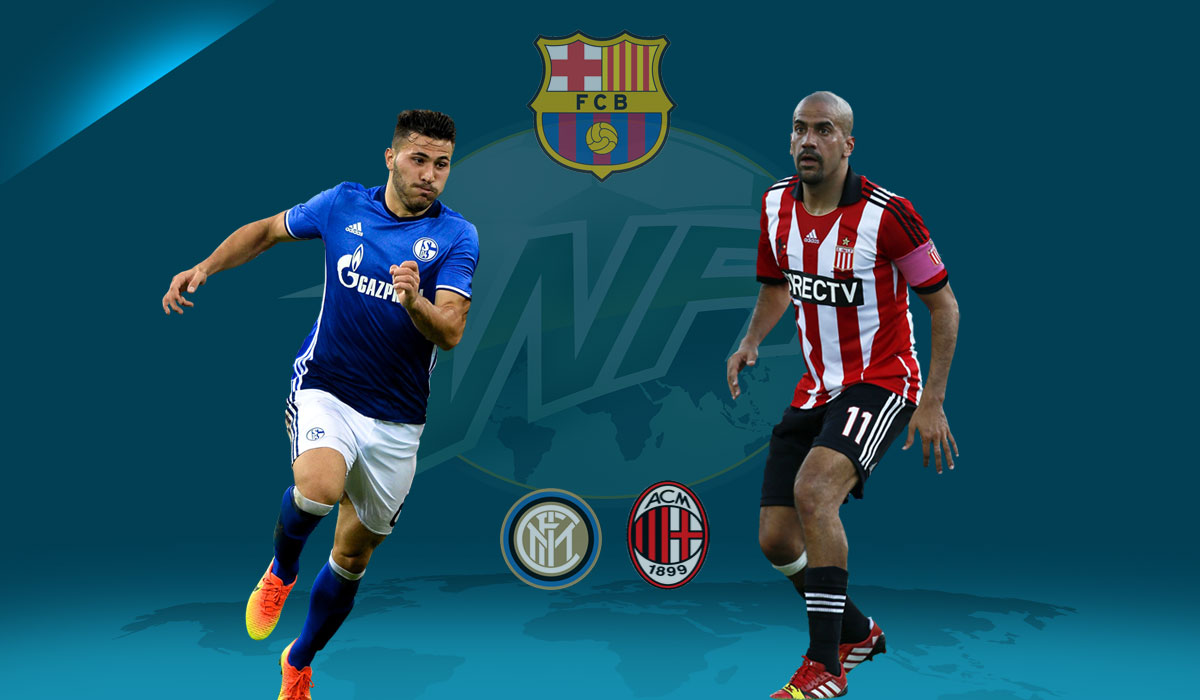 Worldwide five has a departure from the norm this week. From an unbelievable display of unity, to Barca dropping a European bollock AGAIN, your weekend stats here.

What we saw midweek in Dortmund was the very worst of human ability and the very best.  With some tit going around planting bombs to blow footballers up (for some reason that no-one with a half a brain is genuinely arsed about) it was going to take something special to neutralise that shithousery.

Step forward the incredible fans of Borussia Dortmund. #BedForAwayFans was a social media phenomenon that ensured no visiting AS Monaco fan spent the night stranded in Dortmund.  BVB fans took in strangers to their own homes in a show of ‘fuck you’ to people who try and divide us all using terror.

Looking more like Dominic Toretto these days than a footballer, Juan Sebastian Veron came out of retirement at 42 to play in the Copa Libertadores.

What seems a crazy story actually has a nice sentiment to it. Estudiantes is Veron’s boyhood club, he is also now El Presidente of the club. He came out of retirement after making good on a promise to pull on the jersey again if the fans bought up enough boxes in their new stadium. They did and Veron is a man of his word.

He couldn’t help them avoid a 2:0 defeat but what he did do was bring joy to many who got to see him play again, and for an old fella who hadn’t really played for three years he lasted an hour – take note “insert here the name of any perpetually injured 20 something year old Premier League player”.

The 23-year-old Bosnian wingback has reportedly signed on the dotted line with an “unnamed” Premier League club – to be fair I thought “unnamed” was a Chinese club as they were linked with half of Europe in January – depending on which news agency you get your ‘wires’ from (technical term) he’s either going to be at Goodison Park next season or The Emirates.

So, going by that expect to see him at The Etihad in August with old mate Leroy Sane.  Whoever has been lucky enough to capture him has bagged an excellent player. He also does a great impression of Batman or the Phantom of the Opera, depending on how culturally enriched you are, or not.

Not content with dropping a bollock in Paris, and subjecting their Culés to heart medication in the Camp Nou, Messi’s boys are at it again – leaking three goals to Juventus in this week’s Champions League quarter final first leg they will need to overturn another improbable looking score line if they wish to get into yet another semi-final.

However, in Juventus they face a far sterner test than PSG.  The Bianconeri haven’t leaked one goal in this season Champions League so it’ll take more than a dodgy penalty to kick start this resurgence next week.

It could just be part of an elaborate plan for Barcelona to once again troll the watching millions by giving us the impression they’re past it when they enjoy the challenge of overturning ridiculous odds. Or they could just have shot their bolt and run out of ideas.

With a packed schedule this week I’ve decided to make my own hashtag, but don’t be expecting to get your head down in my spare room – here are your two fixtures to watch this weekend:

The Milan Derby, needs little introduction so I won’t. Just watch it

I’m joking, who wants to watch that shite?

PSV are mounting a late charge on the Eredivisie and this match will give them an opportunity to make up the points needed to take the title down to the wire with Feyenoord and Ajax.