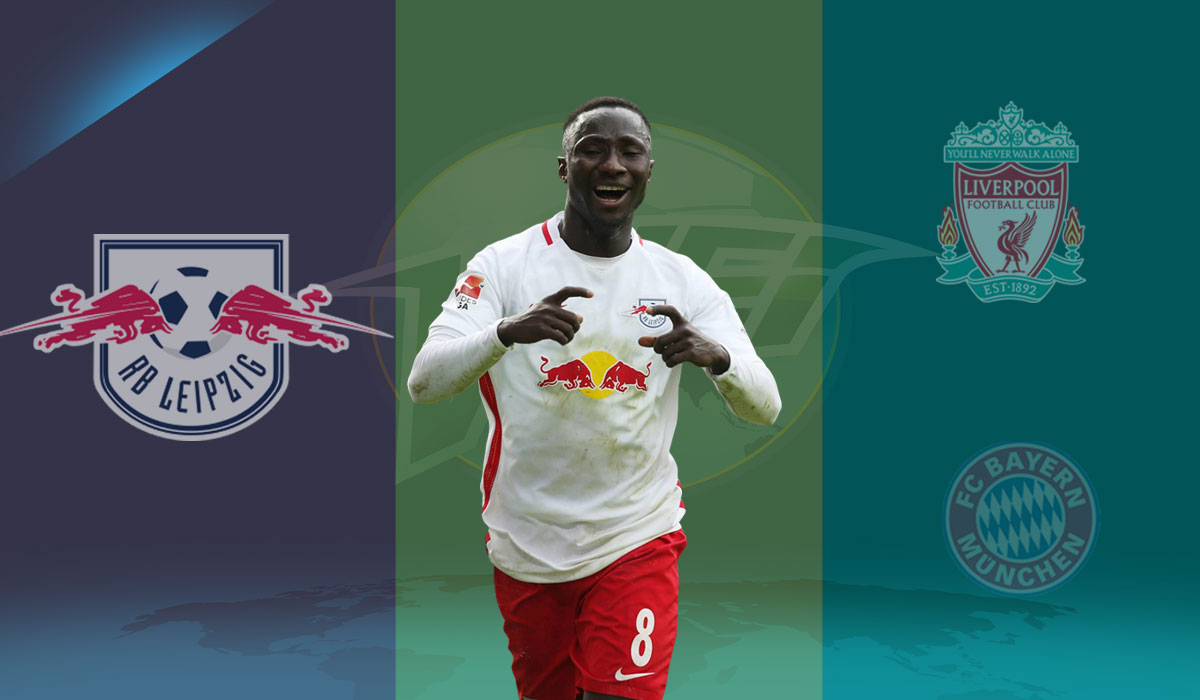 RB Leipzig’s Naby Keita has been the topic of conversation for Liverpool fans and Bundesliga journalists over recent days.

Local journalists Melissa Reddy of Goal.com and James Pearce of the Liverpool Echo said landing the 22-year-old midfielder was a priority for the Reds, and that the club were prepared to go big to secure one of Jurgen Klopp’s top summer targets.

That lit the fuse.

German publication Bild poured petrol on the fledgling bonfire by revealing that the Bundesliga club wanted €80million for their star attraction, but the player wanted to stay in Leipzig for another season.

Then Raphael Honigstein arrived, sticking a Guy Fawkes at the top of the now-raging bonfire by revealing Keita wants to leave.

This went down well with Liverpool supporters, with two questions dominating the minds of many — Is Keita worth £70million? Where would he fit in the Liverpool team?

Such news has seemingly offended those with close ties to the German league.

Why would the mighty Red Bull sell to Liverpool, a team who has only been in the Champions League twice in the past eight seasons?

Why would Keita leave an exciting project at RB Leipzig to go and play for a team that can’t guarantee Champions League football on a regular basis, let alone challenge for the title?

The noise coming out of Germany was that Red Bull are winners: They aren’t a club that are going to be bullied in the market; they can’t be if they hope to make their long-term dreams a reality.

They want to be competing against Europe’s elite on a regular basis, so selling their star players would leave them forever in transition. They intend to be go toe-to-toe with Borussia Dortmund and Bayern Munich for the all domestic honours.

The Champions League is a big ask, but at the end of the day, it’s a knockout competition — as cliche as it sounds, anything can happen.

They’re German, so when they say a player isn’t for sale, it isn’t a negotiation tactic to squeeze out a bit more money; it’s the literal truth. They’re the team to make a mockery of the “every player has a price” argument.

There’s no debating that Red Bull as a brand are winners. But at the end of the day, they’re a business. A win for them – the business – isn’t the same as a win for a supporter, because in this day and age, when the game is so competitive and there’s so few trophies to be won, you can be a winner without silverware.

The energy drinks company are undoubtedly eager to win, but it doesn’t mean it will be in the traditional sense of trophies. Bayern hold a monopoly over the German league and just hoover up any talent from a potential rival.

Unless RB Leipzig start signing the Robert Lewandowskis of the world, they’ll always struggle to sustain a challenge against their Bavarian neighbours.

Furthermore, the Champions League may be a chance competition, but there’s a reason the final four tends to include the usual suspects.

Would being the club that all talented youngsters flock to, knowing full well they’ll get playing time and a chance to develop, not be a win for their RB brand?

There are people who suggest the owners are driven by money, but why would they transfer players from Red Bull Salzburg to RB Leipzig if money wasn’t a driving factor?

Are they not setting themselves up for bigger profits that way? After all, selling via the Bundesliga is far more profitable than selling via its Austrian equivalent.

Yes, Salzburg continue to win their respective league, but in Europe they’ve done very little of note, so if their best players continue to take the road to Leipzig, they’re hardly going to make waves in European competitions, are they?

If, like those in the Bundesliga claim, Red Bull are driven to win, why not strengthen Leipzig without weakening Salzburg?

If Leipzig are as ambitious as we keep hearing – a Bundesliga title here, progress in Europe there – then the last team they’ll want to sell their best players to is Bayern.

Yet reports (and Bundesliga journalists) claim that next summer, when Keita’s release clause becomes active and he’s available for €50million, he could join the current champions.

There are mixed signals galore on this front. Are they a rival to Bayern – a team to topple Carlo Ancelotti’s men – or just another submissive stable that ends up supplementing an already-strong rival?

Speaking to the Liverpool Echo, German journalist Oliver Hartmann commented that “Bayern were interested and I think they will try to catch him next year. They know that this summer there is no chance.”

How can Keita be holding out for a move to Bayern if Leipzig think big and want to compete with them?

Keita aside, there are already concerns over how long they can keep Timo Werner away from Munich.

Would they be taken seriously if two of their star players end up at Bayern within the next three seasons? Surely making a statement would be selling to a club abroad for more money?

Keeping Keita won’t put their project in danger of failing, but it will throw a spanner into the works if they do reject a bid from Liverpool, or any other club, in excess of next season’s release clause.

Young players, who no doubt viewed Leipzig as a stepping stone club onto bigger and better things, will see that the club are blocking their path. Leipzig are still a new club, and there’s a tiering system in football which takes time to progress through.

As much as the project is an exciting one, there comes a time when players will want more money and/or trophies.

RBL, as rich as they are, can’t compete financially with English clubs right now. If reports are to believed Keita is currently on £30,000-per-week and Liverpool are thought to have a £125,000-per-week package lined up for him, it’s understandable that his head may have turned.

There could come a time with Emil Forsberg, Marcel Sabitzer, Oliver Burke and Werner all have offers on the table which see them treble their current earnings, but Leipzig won’t sell. Of course, the players will remain professional, but there will be resentment there, and Leipzig will no longer be a starlet’s preferred destination.

Even Dortmund, who won a number of trophies, failed to keep hold of their star players. They reinvested and are set for another big payday if they sell Ousmane Dembele, Julian Weigl and Pierre-Emerick Aubameyang. Players continue to join the club knowing that’s the project at hand.

Keita could be the posterboy for the Leipzig extension of Red Bull — Join us, play well, and you’ll get your big–money move… if the offer on the table is fair.