Atlanta United – The MLS Entertainers Doing Things Their Own Way 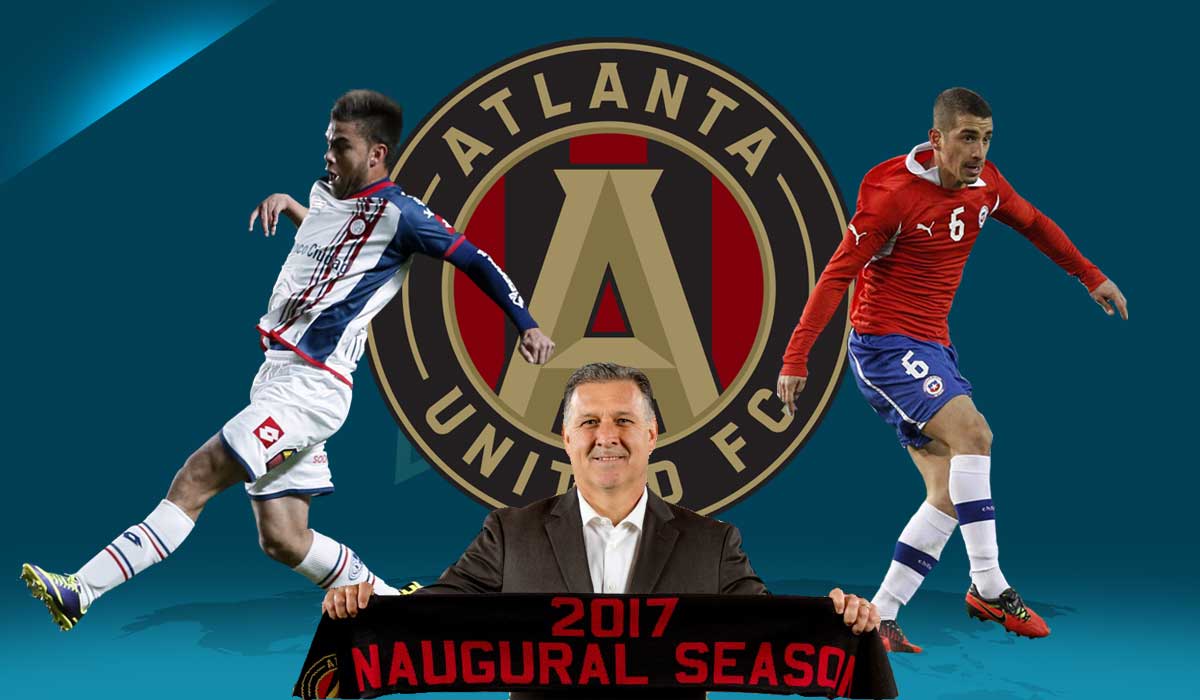 Superbowl LI will live long in Atlanta’s sporting memory. The city’s NFL franchise, the Falcons, had never won a Vince Lombardi Trophy, but settled into the third quarter of their game against the New England Patriots with a 28-3 lead.

Quarterback Matt Ryan rounded off an 85 yard drive with a pass out wide to Tevin Coleman, who breezed over in the corner to give his side this 25 point advantage.

The fourth quarter collapse which followed was unprecedented. The New England Patriots, led by quarterback Tom Brady and running back James White, went on to score 25 unanswered points to tie the game, before a 75 yard drive in overtime was finished off by the excellent White.

This gut wrenching loss will never be forgotten in Atlanta, and even a future triumph would only ease the pain rather than remove it altogether.

Luckily, the city has a new franchise to celebrate, and one which is offering a much needed breath of sporting fresh air to help push the February’s failure to the back of their minds.

Barring a late surge from the Braves in Major League Baseball, 2017 will be the year of Atlanta United, regardless of whether they win anything.

United entered Major League Soccer’s 2017 season along with fellow expansion side (and similarly imaginatively titled) Minnesota United, and from the outset it was evident that Atlanta would do things differently.

Rather than go for a big name player to boost their profile, or a European has-been to sell a few extra shirts, Atlanta’s biggest signing came in the form of their head coach, Gerardo Martino.

Despite his stint at Barcelona, Martino isn’t the biggest managerial celebrity around, but you don’t get to take charge one of the greatest clubs in the world without having tactical nous and an attractive style of play; and this is what Atlanta were interested in.

“His deep experience and success at both the club and international levels speak for itself, and his vision and approach aligns very well with our club philosophy,” said Atlanta United president Darren Eales at the time. “We are delighted that a manager of Gerardo’s caliber and pedigree will be leading our team into our inaugural season.”

They chose to invest in a philosophy off the pitch rather than a marquee signings on it, but at the same time they didn’t neglect the quality of their playing staff, they just took a different route.

They combined South American flair with a scattering of MLS experience, and several wildcards thrown in for good measure. It looked like an experiment – a diversion from the usual MLS script – but it’s one which more clubs look to be veering towards.

Whereas expansion sides of the previous year, New York City and Orlando City, had opted to build their side around high profile designated players such as David Villa and Kaka, Atlanta were building their team around The Team.

San Lorenzo’s Argentinian winger Héctor Villalba hadn’t quite impressed enough to make the move to Europe, so Atlanta took advantage of the Martino factor and signed the 22-year-old as one of their Designated Players. They also picked up a bonus signing while down in Buenos Aires in the form of exciting young attacker Yamil Asad, who they snapped up on loan from one of the city’s other sides, Velez Sarsfield.

Not since the 2009 Seattle Sounders have an expansion side made the MLS playoffs, and while it’s too early to say that Atlanta can achieve this, they’ve put themselves in a good position to do so.

They lead the league in goals scored with 39, which gives them an average of over two goals per game, and their 27 goals conceded means that a game involving Atlanta averages a crowd-pleasing 3.47 goals per match.

In a league where there is no risk of relegation, and the champions are decided by an end of season cup competition following what is effectively an extended group stage; playing attractive, entertaining football is almost a prize in itself.

Almirón and Asad feature near the top of the league’s assist charts, while German midfielder Julian Gressel is also chipping in on the creative side of things. The majority of their goals have been shared between Martínez, Almirón, and Villalba, but a total of 11 players have found the net this season and this is evidence of the team ethic which is already instilled at the club.

That the philosophy has been put into practice so early is testament to Martino, and also to the club for going down this route so vehemently in the first place. Honours, trophies, and medals are not given out for style or entertainment, but if the club continue in this manner then they should at least get the chance to challenge for titles in the future.

Even if they don’t, the free-flowing, carefree style of the Georgian capital’s new sporting presence will give the locals something to enjoy, and it could be the perfect tonic to help them forget their failure in the other code of football, if only for a few months.