Fuzzy Memory: A Tribute to Players in Pre-HD 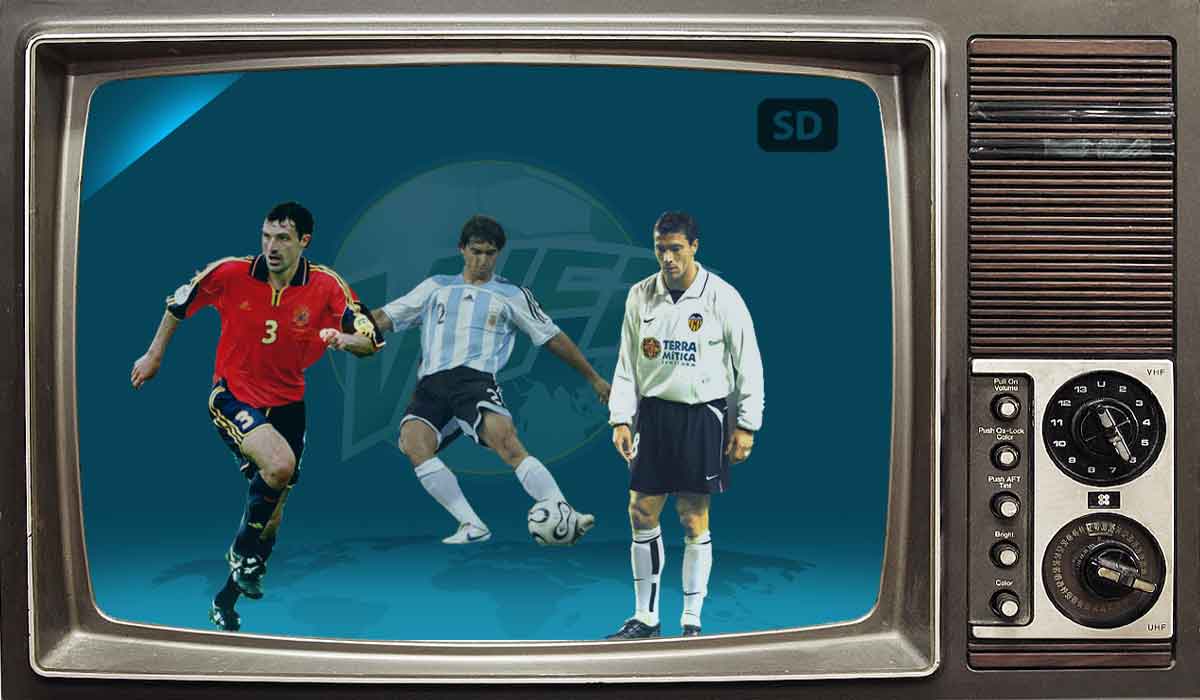 By the time they got there it was dark of night. He held the boy’s hand and kicked up limbs and brush and got a fire going. The wood was damp but he shaved the dead bark off with his knife and he stacked brush sticks all about to dry in the heat. Then he spread the sheet of plastic on the ground and got the coats and blankets from the cart and he took off their damp and muddy shoes and they sat there in silence with their hands outheld to the flames. He tried to think of something to say but he could not. He’d had this feeling before, beyond the numbness and the dull despair. The world shrinking down about a raw core of parsible entities. The names of things slowly following those things into oblivion. Colors. The names of birds. Things to eat. Finally the names of things one believed to be true. More fragile than he would have thought. How much was gone already? The sacred idiom shorn of its referents and so of its reality. Drawing down like something trying to preserve heat. In time to wink out forever.

You might think that starting with a fairly bleak quote from a post-apocalyptic novel is strange, and you’d be right. However, like most things in our ever-expanding, interconnected world, it can be linked to football.

The Road, on its most basic level, is about a man and his son travelling southwards through a dark and desperate landscape in the years after an unspecified cataclysm. As they attempt to ward off death in the most harrowing of circumstances, the man tries to shield his son from the myriad horrors they encounter along the way.

Most people, plants and animals have died; natural sunlight has been lost behind noxious clouds of ash; and, of those who have survived, the majority of them are of the desperate, I’m-gonna-eat-you variety.

It’s bloody brilliant, by the way.

In the quote above, the man ponders what knowledge has already been lost (as well as what can possibly be retained) in an age where society and its people have been obliterated, the remnants of which are both barbarous and desperate, unlikely to use a book for more than kindling or pass on any information besides the knowhow to survive in the extreme short term.

It’s a kind of “if a tree falls in a forest and there’s nobody there to hear it” musing, the type which makes you weep for fictional people and the words used to portray them. Like every line of every paragraph on every page of The Road, it contains a salient, interesting point, which brings me seamlessly on to Kily González.

Remember Kily González? It probably depends on your age, as well as your taste for continental football at the time.

In Europe, he’s best known for his spells at Valencia and Inter between 1999 and 2006, where he tirelessly worked his way up and down the left flank, hitting balls into the box and smashing them goalwards with his utterly relentless left foot.

If you watched him play, you’ll definitely remember him; if you didn’t, you might want to look him up. And therein lies the problem: type his name into YouTube, and the first thing that pops up is a seven minute video of him clattering into people and causing a commotion with his, er, “committed” style of play.

Granted, he absolutely was that type of player, but he was also so much more. There’s proof, if you just scroll down and find another video.

Okay, scroll some more. Beyond the interviews in Spanish.

There’s one, a little over nine minutes long. Ideal.

Except… well, it’s good – it’s a collection of his tricky-slick footwork and hilariously violent shots – but it also looks like it’s been filmed with a wind-up camera through a lens smeared with Vaseline.

After a little more scrolling, in the hope of finding something a little clearer, you find a couple of four-and-a-bit-minute videos.

You pick one – the shorter one – and what you’re presented with is an assault on the senses, not to mention an affront to editing, and to human decency as a whole.

It is, in a word, atrocious, and you should watch at least some of it before continuing on, because it really is that bad.

The point is that Mr González kicked a ball (and a few of his opponents) in a time not only before the HD revolution gleamed its way into the homes and palms of billions of people, but before every facet of every player from every small-town team was more than a click away.

Want to know about that Beninese striker that Huddersfield have just signed that you’ve probably never heard of, no matter how much you pretend to be a connoisseur of Ligue Un? No problem!

Huddersfield’s official YouTube channel has handily and professionally edited some pristine 1080p footage of him from last season for you to enjoy in the form of a digestible three minute video.

Want to see how good Roberto Ayala was, as a defender? He was brilliant, despite being quite short. Well, tough shit. Here’s one tackle against Ronaldo, and here’s a pointless montage of goals and shaky handheld footage, interspersed with still images for some reason, but at least it’s soundtracked by Motörhead.   Of course, extensive highlights for the likes of Baggio, Bergkamp, Nedved and Batistuta are all easily attainable, but that’s partly down to them being at the apex of football in the nineties and early noughties; only a few cult heroes of that era have a decent time capsule to call upon, like Giuseppe Signori or Álvaro Recoba, but are they really cult heroes?

Respectively, they were a famed Serie A goalscorer and an inconsistent genius, the latter of whom was, at one point, the highest paid player in the world. Equally, all the aforementioned players in this paragraph are attackers, so what chance for those farther back?

Agustín Aranzábal played over 350 games for Real Sociedad, including the season where they fell just short of winning an unlikely title, and he earned twenty-eight caps for Spain.

By all accounts, he was an outstanding left back, yet when you type his name into YouTube, it doesn’t even autocomplete it, nor does it have a montage dedicated to his precision crossing, both of which amount to a travesty.

Compare and contrast that with what happens when you arbitrarily pick a team (FC Rostov) and a position (centre back), place those into Google, then put the first name that pops up (Miha Mevlja) into YouTube.

Get as far as miha me and YouTube knows exactly who you’re talking about; hit enter, and four of the first five videos are over ten minutes long, faultlessly chronicling the young Slovenian’s apparent defensive prowess, proving that even the relatively obscure of the 2010s have a chance of being scouted by your average punter.

None of which should be interpreted as a complaint: for fans, the sheer glut of footage just sitting there, waiting for consumption, means that it’s nigh on impossible to be completely out the loop when it comes to sampling the modern player, the latest goal, the most fire trick.

Just spare a thought for those players unlucky enough to be slightly off the top, slightly before their time, as your thoughts are perhaps the only place in which their essence reliably resides.

So be thankful that tomorrow’s semi-obscure players will forever be ensconced in glorious HD, and be sure to tell your kids about Kily, Ayala, Aranzábal and the rest; if they complain about the the quality of what little there is to watch, just tell them, “I guess you had to be there”.

Unless, of course, there’s an unexplained disaster that plunges all of humanity into a bleak and ashen darkness, forever removing the digital glow from the faces of the world’s survivors, all of whom fumble hopelessly through an age where even Messi’s magic has faded from memory. In time to wink out forever.