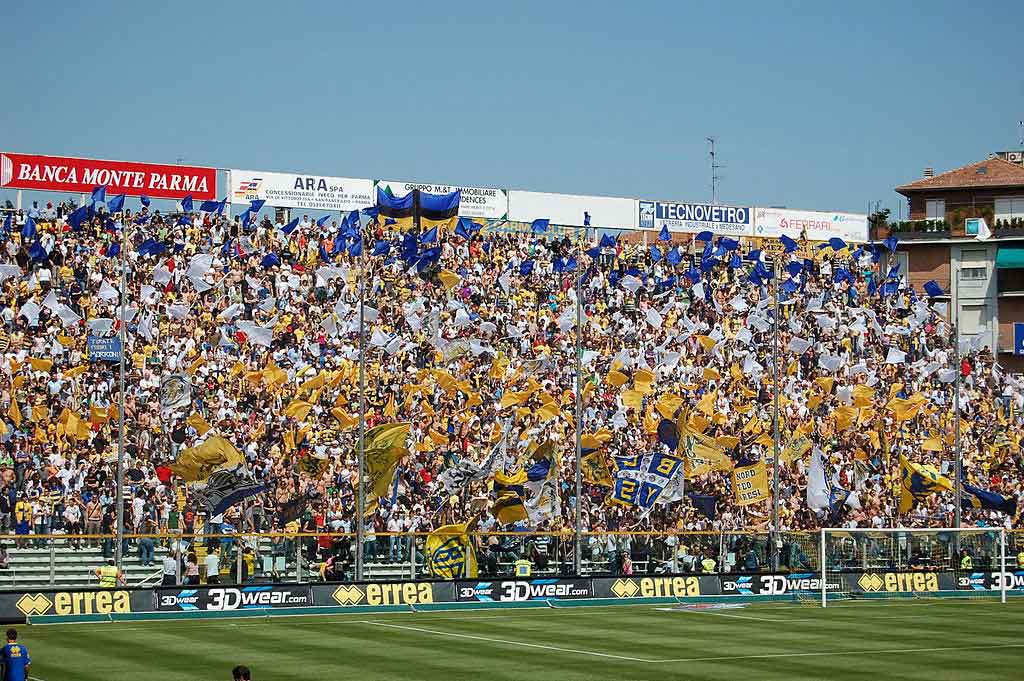 Those of a certain age will remember Football Italia on Channel 4, every Sunday afternoon from about 2pm onwards.

As I write this, I can hear its theme song in my head.

As a fan, the match-ups I always enjoyed watching were between Parma and AC Milan, for two reasons: firstly, because of the stars that were on show from both teams, and secondly, my team were AC Milan, because they shared the same initials as me.

Looking back at the Parma teams of the 1990’s, they had some of the world’s biggest superstars on show: Hernan Crespo, Fabio Cannavaro, Juan Sebastian Veron, and superstar goalkeeper Gianluigi Buffon, who – until Manchester City signed Ederson from Benfica this summer – held a sixteen-year-long record of being the world’s most expensive goalkeeper after his sale to Juventus.

Imagine a squad now with players of the quality of Lillian Thurman, Faustino Asprilla, Dino Baggio, Sebastien Frey, Claudio Lombardo and Gianfranco Zola, not to mention some of those mentioned above; as a team they would not only dominate Serie A, they would be one of the most dominant teams in Europe.

For those of us that enjoyed Football Italia, in 2015 – the team we knew in the nineties as Parma Associazone Calcio, latterly Parma Football Club SpA after main sponsor Parmalat’s 2004 implosion – sadly ceased to exist.

After a number of new owners, the club were eventually declared bankrupt in March 2015.

The new owners entrusted Roberto D’Aversa to try and bring the good times back to the fallen giants.

Having spent most of his career playing in the lower leagues, Stuttgart-born D’Aversa had spells with both AC Milan and Sampdoria in a career that spanned over twenty years in Italy.

In 2015/16, D’Aversa repaid the owners’ faith by guiding the reborn Gialloblú to a Serie D title, ending the season with an impressive ninety-four points — going undefeated, they won twenty-eight of their thirty-eight games, drawing the other ten.

At the first time of asking, Parma were back among the professionals.

After promotion from Serie D, Parma took part in The Lega Italiano Calcio Professionistico, or as the rest of us call it, Serie C.

It is made up of a number of semi-professional teams from across Italy, and from the 2014/2015 season it is made up of 60 teams who are geographically divided in to groups of 20.

This Lega Pro contains a lot of teams who, for one reason or another, have been relegated down two divisions from the top flight. Stand out names include Livorno, Piacenza, Modena and Venezia, who have all played Serie A football in the last 20 years.

Four teams from Serie C are promoted to Serie B, including the winners of each group and the winner of a play-off final.

Parma, won promotion to Serie B last season when they finished second in their group, putting them in to the play-off system. After beating Piacenza, Lucchese, Pordenone, and Alessendria in the play-off final, they gained promotion.

As a casual fan of Italian football, I’m hoping that Parma can pull off the incredible next season and reach Serie A — it will be the original feel good story, and it’s where Parma belong… but back-to-back-to-back promotions are unlikely.

Long-term, D’Aversa and the board need to have a plan of action which can be put into place if they solidify their position in Serie B.

They will need to recruit players wisely and not make the same mistakes that have seen Parma go through six transformations in 104 years.

D’Aversa deserves the backing of the board; they should trust his decisions. If they do, I feel it’s only a matter of time before the new and improved Parma find themselves back in Serie A.

Who knows? Maybe in five-to-ten years, they could be back amongst Europe’s elite.