Chile Hope For More from Mora In Mexico 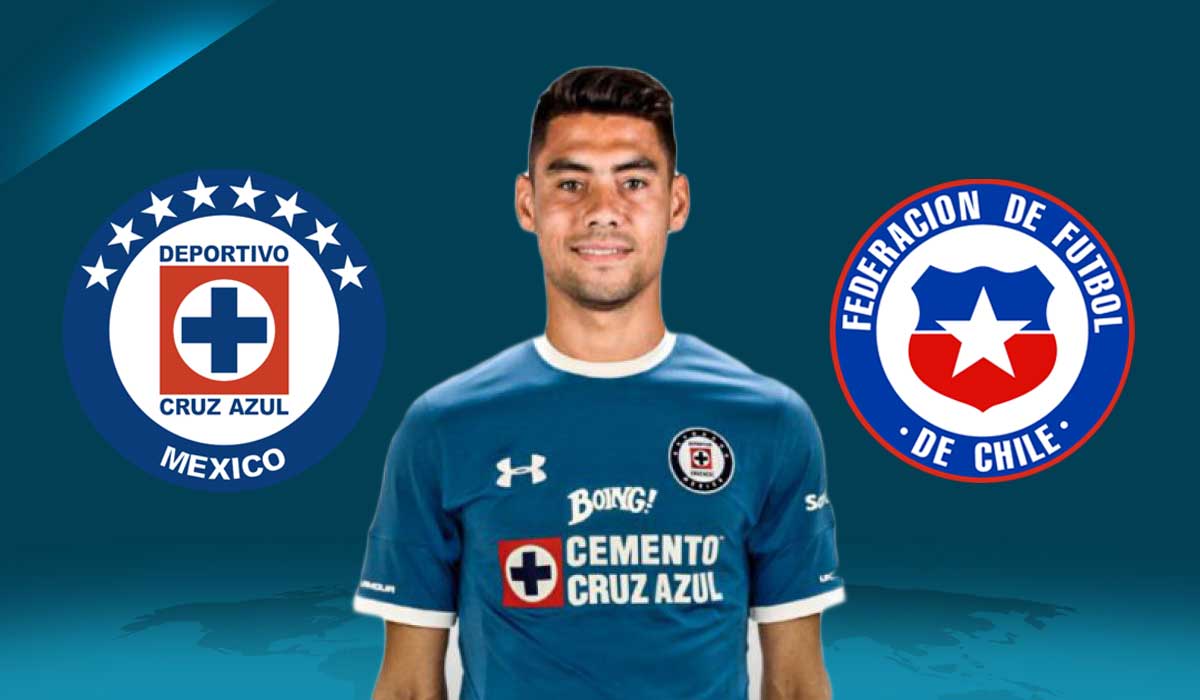 Felipe Mora is one of the many Chilean players to head north to Mexico in recent times. Adam Brandon takes a look at the striker that made a big impression in the first half of the year in Chile.

Somewhere on a modest street in the La Florida district in Santiago – the Chilean capital – lies a house in the colours of Universidad de Chile. Red paint adorns the two-storied home, but the blue gates that protect the property really catch the eye.

The kid who grew up inside it knows a thing or two about standing out – Felipe Mora, top scorer in the Chilean Clausura 2017, and one of Chile’s hottest prospects.

From ages five to twelve, Mora played on a dusty pitch for his neighbourhood club, which was fancifully named El Resto del Mundo (The Rest of the World).

It was there that he honed his skills and received the adulation of his peers, and it wouldn’t be long before he caught the eye of a few scouts.

Mora joined the youth ranks at Audax Italiano at thirteen and, according to his coach, he stood out for his technical ability and positional sense, even if his physical attributes were lacking at that point.

He excelled in the youth ranks of the Santiago club, and at just seventeen he would be ready for his full debut.

On his second start he netted a hat-trick for Audax against Cobreloa and was instantly (and lazily) touted as the ‘the next Alexis Sanchez’. Like El Niño Maravilla, he did earn himself his own “boy wonder” moniker: Moravilla (a play on his surname and the Spanish word for wondrous)

However, this wonder kid tag proved too much, too soon, and he would struggle to build on his early promise, experiencing a series of ups and downs over the next three years.

That 2015/16 season is where he really attracted attention of Chile’s most illustrious clubs; he hit 12 goals in 26 games for a mediocre Audax side and proved a tricky man to mark.

Those performances earned Mora a dream move, and in June last year he signed for Universidad de Chile, the club his whole family support. La U are Chile’s second biggest club, but despite a title in 2014, they have mostly disappointed in the league since the halcyon days of Jorge Sampaoli.

It was under the management of Sampaoli’s ex-assistant (and now assistant again for Argentina) Sebastian Beccacece that Mora initially struggled to make an impact. However, there were glimpses of what was to come, most notably in a 3-0 away win over Deportes Temuco towards the end of 2016.

This year, guided by new boss Ángel Guillermo Hoyos, Mora started to show that he has the potential to be a complete forward. Hoyos has an excellent reputation in the game for his man-management and coaching skills. He even has the respect of a famous former pupil – a certain Lionel Messi, no less – who invited the coach to his wedding last month. Messi has referred to Hoyos as his ‘football dad’ in the past, such is their relationship, and he puts a lot of his success down to how hard Hoyos worked at getting the best out of him from the beginning.

Hoyos got the best out of Mora, too. He is now a harder-working and more dynamic striker that is capable of scoring with his head as well as his feet. He has always had a turn of pace, but he is now using it more intelligently, and his positional sense has notably increased in recent months. These attributes have caught the eye of many scouts from Europe and across the Americas.

He scored a hat-trick in March this year as he came back to haunt his old club in a 3-0 away win. The number 9 also netted vital goals against rivals Colo-Colo and O’Higgins in the run-in, which helped Universidad de Chile claim top spot heading into the final day of the season, and it was Mora’s goal that sealed an 18th league title for Los Azules in front of a buoyant Estadio Nacional in May — a poacher’s finish that displayed his sharpness in the box.

His superb form earned him a call-up to Chile’s provisional squad for the FIFA Confederations Cup; he unfortunately had to pull out because of injury.

Throughout May, Mora was linked with moves to Europe and Mexico. Eventually, it was Cruz Azul that came calling, a club that already had three Chilean internationals on their books.

Last week, Chile’s state broadcaster TVN announced that they would show at least one Liga MX match live every weekend. The move comes amid a huge migration of Chilean footballers to Mexico – a trend that seemingly started in the aftermath of Chile’s 7-0 hammering of Mexico in the Copa America Centenario last year.

Since then, more than twenty Chileans have headed north to the Central American nation to earn themselves top peso.

Many players prefer to move or stay in Mexico rather than try their luck across the Atlantic. Ex-Chilean international Humberto Suazo became one of the biggest striking sensations in Latin America while playing for Monterrey, firing them to two national league titles and three CONCACAF Champions Leagues in a truly legendary spell.

More recently, Edson Puch was crowned the best attacking midfielder in Mexico’s most important football awards ceremony. His performances last season also earned him a move to a bigger club within Mexico, swapping Necaxa for Pachuca, the reigning CONCACAF champions.

It won’t just be Felipe Mora that Juan Antonio Pizzi will be keeping a close eye on in Mexico this season, especially with regard to the number 9 role in the Chile national team.

Chile’s regular starter in that position, Eduardo Vargas, surprisingly struggled to make an impact last season at Tigres. However, scoring the winner in the final of the Campeón de Campeones (Mexico’s Super Cup) last weekend will surely give him confidence heading into the new campaign.

Another Chilean striker to look out for is the powerful Nico Castillo – top scorer in Chile in 2016 – who hit the ground running at Pumas last season before injury struck. He would have probably challenged Vargas for a starting spot in the Confederations Cup had he stayed injury free.

The fourth possible option for Pizzi to look at is Angelo Sagal, who has joined Puch at Pachuca.

Sagal went to Russia (due to the injuries to Mora and Castillo) in June with the Chile squad, but his only action in the Confederations Cup came in the final where he missed Chile’s best chance to equalise. It must be said Sagal seems to easily shrug off criticism, and he never hides after missing chances.

He has impressed for Pachuca in friendlies, including scoring this cheeky effort, having missed a simpler chance earlier on:

Liga MX has experienced a boost in reputation in recent months, with The Guardian featuring an article that named it one of the most exciting leagues in the world.

It is one of the most watched leagues in the world – both in stadiums and on TV – so the Chileans moving there will be visible to a wide audience.

Whether or not TVN’s screening of Liga MX will prove popular almost certainly depends on the success of Chile’s national team players in it. There’s plenty of them to keep an eye on, but Felipe Mora may just prove to be the ace in the pack, for he will be keen to impress the rest of the world once more.