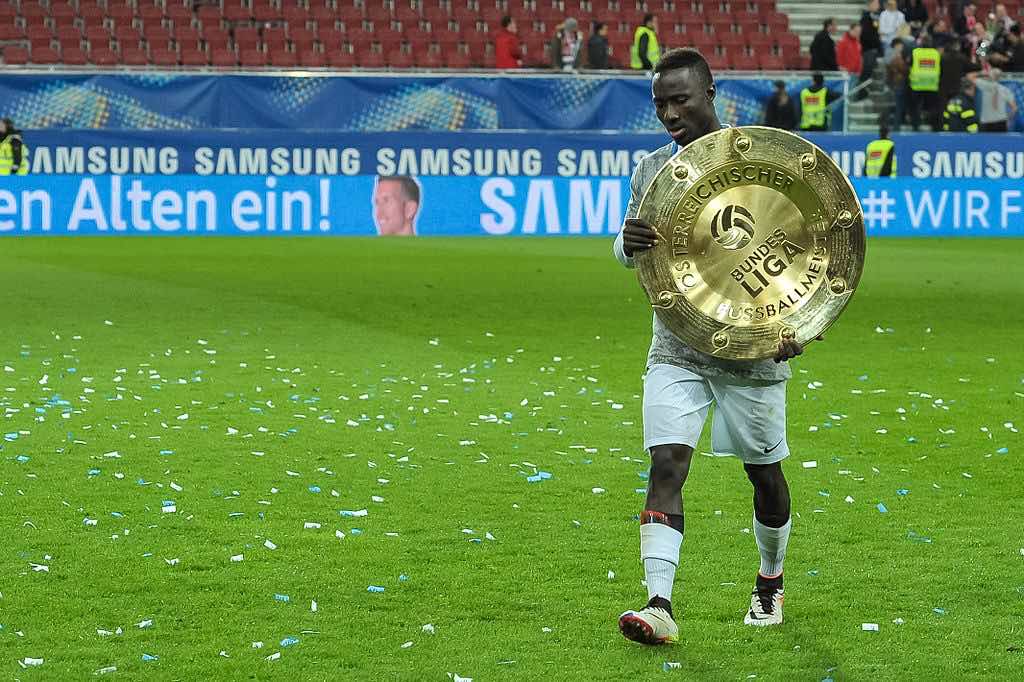 In the first of a new series of World Football Index shows looking at the world of scouting, Dan Fieldsend and Lee Scott discussed the ongoing saga involving Leipzig, Liverpool, and Naby Keita, and how the deal could rest on a release clause which comes into play next summer.

Scott is a professional scout, and Fieldsend is a scout, coach, and author, and recently released his Amazon bestseller, The European Game.

The pair discussed numerous issues surrounding the job of a scout, as well as the scouting philosophies at various clubs.

The conversation turned (at 27mins and 49 seconds) to Keita via former Red Bull Salzburg and current RB Leipzig director of football, Ralf Rangnick, who is renowned for the meticulous planning of his scouting operation.

“Keita was brought by Rangnick to Salzburg and they developed him to a point where he was thought to be one of the most complete young midfielders coming through in European football,” says Scott.

“They then transferred his rights to Leipzig in time for their promotion to the Bundesliga.”

Both clubs are owned by energy drinks giant Red Bull, and given Leipzig’s promotion they became the more prominent of the Austrian company’s two European clubs. Salzburg took up the role of feeder team — with Keita’s transfer serving as evidence of this.

Fieldsend believes that as they are owned by such a business, the club will look to sell these players on once they’ve developed their profile in the Bundesliga.

“I was under the impression that — it’s Red Bull they are a brand, they are a business, and they will sell because it’s a business, they want profits — but I didn’t think it would be this summer,” he said.

“I was under the impression that they would retain Keita, get him extra exposure from Champions League and hope that his value would increase next summer.

“It makes it all the more interesting to hear about this release clause. It kind of confounds everything they’re doing.

“I’d heard reports that they were hoping next summer that a bidding war would drive up the price, so the fact that he has a €50million release clause next summer makes it all the more interesting.”

While Red Bull’s football business aims could lie in brand promotion as opposed to profit, keeping a player such as Keita at the club against his will might put off future talents wishing to use the club as a stepping stone.

On top of this, the release clause would open the door for Bayern Munich to purchase the player next summer. If the club’s ambitions truly lie in sporting achievement, then selling their best player to the team they’re looking to catch would make no sense.

Despite Rangnick’s insistence that none of his players have an “exit clause” in their contracts, but it wouldn’t make sense for him to admit that they do.

Ralf Rangnick says Naby Keita has no exit clause and is not for sale even for €100m+ https://t.co/3D4soDEU0D#LFC pic.twitter.com/SXq2qNNRt4

Liverpool are thought to be persisting with two of their three main targets this summer — Keita and Virgil Van Dijk — having already secured the signature of Mohamed Salah.

Today they completed the signing of left back Andrew Robertson, which could see Alberto Moreno heading for the exit.

The funds they receive for the Spaniard could be added to the pile they’ll send over to Southampton and Leipzig, and the success of their summer transfer window could depend on the outcome of these two record breaking deals.