Confederations Cup Final – Players to Watch and the Story so Far 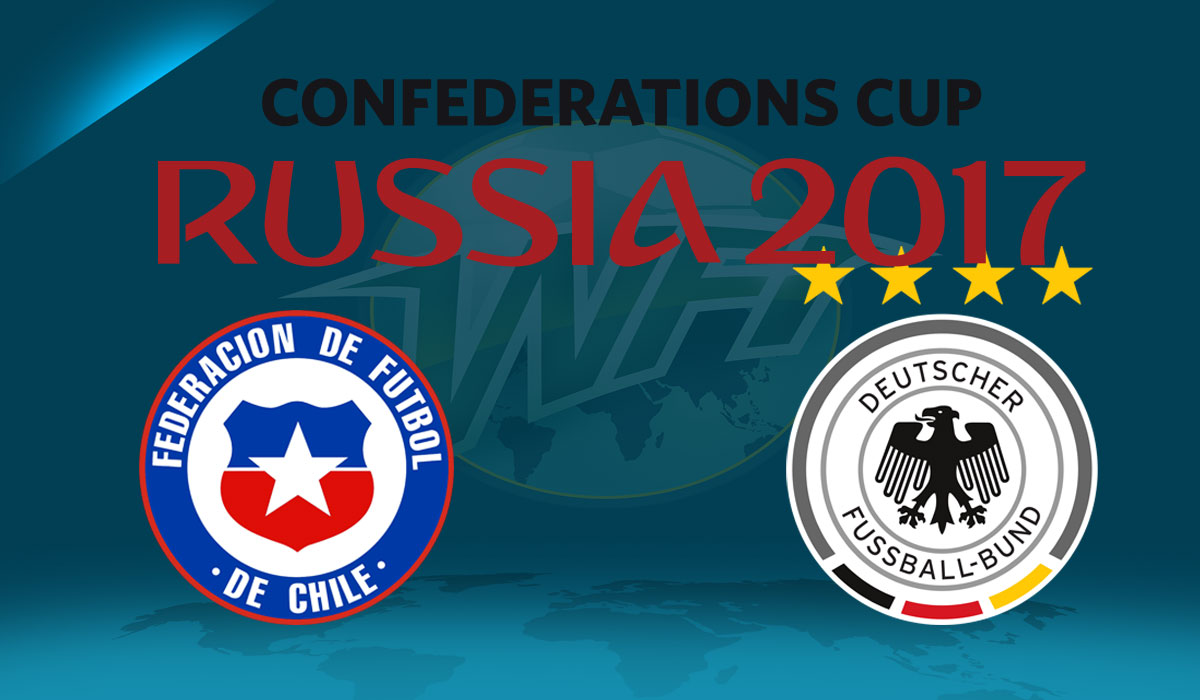 An exciting Confederations Cup is coming to its conclusion. Eight teams have whittled themselves down and what we’re left with is a final battle between the world champions and the champions of South America.

The game will see Chile face off against Germany, with the two teams having already faced each other in the group stage earlier on in the tournament.

The German’s first game against Australia was made a lot harder than what it should’ve been.

Within five minutes Germany were in front thanks to some good work from Julian Brandt whose cross was perfect for Borussia Mönchengladbach striker Lars Stindl.

However, Australia had other ideas and thanks to a lucky rebound Rogic fired home. But on the stroke of half-time QPR midfielder, Massimo Luongo brought down Leon Goretzka in the box and a penalty was awarded.

Four minutes after half-time a Joshua Kimmich through ball found Goretzka who scored from close range to put Germany in a comfortable position.

Then the controversial moment came. After a free-kick from Aaron Mooy struck the wall the ball found Rogic. Rogic’s deflected shot was spilt by Leno and the ball came to Juric who tapped home from close range despite occupying an offside position. However, the game ended 3-2 to Germany.

Next up for Germany was a game against their final opponents Chile.

Marc-André ter Stegen came in for Leno. A mix-up at the back from Germany allowed Arsenal forward Alexis Sánchez time and space to tap home to put Chile into a 1-0 lead.

Chile were unfortunate to not be 2-0 up after a 30-yard shot from Vargas smashed against the crossbar.

Germany were level four minutes before half-time thanks to Stindl who was able to tap home from close range. Chances were limited in the second half and it finished 1-1.

Demirbay broke the deadlock with a superb strike from 20 yards to put Germany ahead. On the hour mark, Timo Werner scored to put Germany 2-0 up but Cameroon’s Aboubakar scored with twelve minutes left to put Cameroon back in it.

However, Werner scored two minutes later to secure all three points for Germany who won their group with seven points.

Joachim Löw’s side were drawn against Mexico for the semi-final in Sochi where they took the lead after six minutes.

Benjamin Henrichs set up Goretzka who hammered home with a first-time shot into the bottom left corner.

Two minutes later Goretzka scored again this time he was sent through one-on-one by Werner. Germany went into the half-time interval 2-0 ahead and in cruise control.

On the hour mark, Werner scored to make it 3-0. Fabián scored a consolation goal for Mexico but Germany had the last laugh with Younes scoring in injury time to secure their place in the final.

Chile kicked off their Confederations Cup campaign against Cameroon, and the closest anyone came in the first half was Chile when Eduardo Vargas had his shot tipped onto the post.

The deadlock was broken when Vidal headed home in the 81st minute. Chile looked to have had another goal ruled out when Alexis Sanchez rounded the ‘keeper and the ball fell to Vargas who tapped home.

His goal was originally ruled out for offside but it was later given.

After the Germany game, Chile were faced with the task of beating Australia, who took a surprise lead when James Troisi scored from close range.

Chile drew level when Rodríguez scored after a scrappy bit of play. They should’ve really gone ahead when Sanchez set up Vargas only for the 27-year-old to head wide.

Juan Antonio Pizzi’s men were given the tough task of defeating Portugal in the semi-finals. Chile should’ve gone ahead when Vargas went through one-on-one however, he couldn’t fire past Rui Patricio.

Minutes later Bravo did well to save from close range but Andre Silva should’ve scored.

Both teams had chances in the second half but it ended 0-0. In extra-time, Chile came the closest when Vidal hit a vicious strike against the post. It all came down to the lottery of the penalty shootout.

Both teams have players who can change the game within seconds. I’ve decided on two players from each side who can win their team the final.

I think we’ve all seen what the 28-year-old can do. Sanchez won points for Arsenal by himself last season and he can easily get that winning goal from out of nowhere.

He has has played a big part in the tournament already in terms of assists, and he also scored in the 1-1 draw versus Germany.

He steps up in big games and if he isn’t dealt with he will pose a big threat to Germany.

The experienced 30-year-old midfielder could play a big part in the final.

Vidal scored Chile’s opening goal in the tournament against Cameroon. The Bayern Munich midfielder needs to be closed down as he is capable of striking a sweet long shot.

Furthermore, his passing is admirable. Vidal can carry the side forward with his quick thinking. If the Germans take him lightly he will make them pay.

Goretzka has scored three times in the Confederations Cup so far with two of them coming in the semi-finals.

The 22-year-old has impressed so far for Germany and he may carry on his good form against Chile.

All Goretzka needs is a little bit of space to create something special and if he is allowed space he will punish Chile with his finishing.

The RB Leipzig striker has flourished at being the lone striker. Werner has scored three goals in this tournament so far and he will be looking to add to this in the final.

He can score all types of goals and this should be a big worry for Chile, but so far the South Americans have only conceded two goals.

Both teams are high on confidence heading into this game. I don’t think there’s alot to separate the two sides. While Germany’s defence has been a tad shaky they make up for it with their deadly attack.

Players like Werner can change the game on its head. However, Chile have only conceded two goals in this whole tournament and their attack can easily match Germany’s.

But this is a German side who won the last world cup. It’ll be a tight one but I think 2-2 in normal time, then Chile will win it on penalties. But will Chile win their third major tournament in a row?