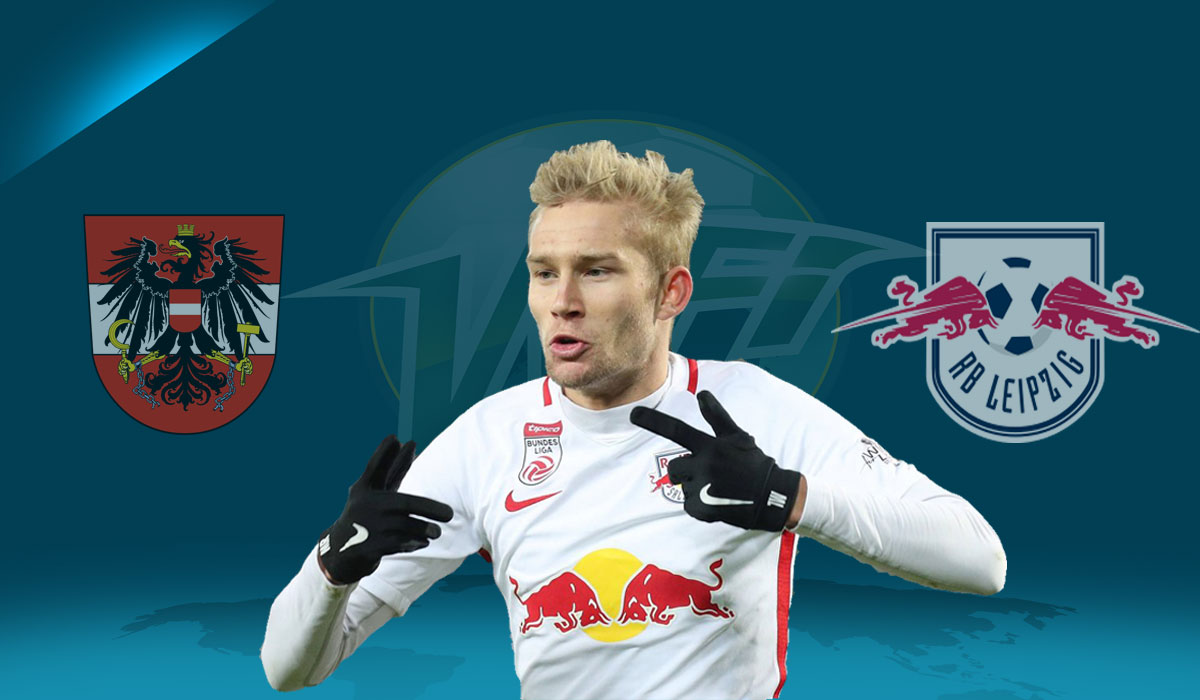 For most people, the only reason they know Konrad Laimer’s name is because they also know Naby Keita’s.

As the transfer rumours swirl like sharks stuck in a whirlpool, the potential for Keita to move has subjected the Guinean to speculation that ranges from the Premier League to China and most of the places in between. He, along with a few others, is the hot commodity of summer 2017.

Quietly, though, Laimer signed a contract with RB Leipzig right as the transfer window opened, making a switch from once-sister club Red Bull Salzburg. The Austrian U21 international appeared more consistently for Salzburg after a rough start to the 2016/2017 season, becoming a staple in their midfield by January.

Many are attempting to guess that Laimer is the long term replacement for Keita should a move materialize for the latter this summer, and that’s not a terrible comparison to make.

Without attempting to add much more fuel to the fire, Laimer does look the part for developing quickly at Leipzig, a club where attaining and nurturing talented youth is an absolute priority. Coupled with the opportunities that could be presented with a move for Keita, Laimer could be on Leipzig’s team sheet sooner rather than later.

As the situations stands, however, the Austrian central midfielder is poised to help maintain Die Rotten Bullen’s winning form, play style, and structure in the 2017/18 campaign as they push for a more hefty swing at the Bundesliga title.

While arguments about player specialization vs. versatility run amok, Laimer, for better or worse, clearly fits into the latter mold. Too technical to be categorized as a box-to-box midfielder, yet too defensively-minded to be considered an attacking midfielder, Laimer is a specialist’s nightmare.

He is both everywhere on the pitch and constantly involved in the run of play, and as energetic in the first minute as he is in the 90th. Natural stamina could partially attribute to this, but Laimer also understands when and how to harry defenders, which allows him to follow protecting the defensive line with a burst of highly intensive pressing in the middle of the park.

Overall, Laimer’s football intelligence and his reading of the game are his best qualities. Rarely outwitted in the Austrian Bundesliga, his proficiency when reading opposition movement makes his task of winning the ball back that much easier. He averages 4.6 interceptions per 90 minutes and closer to 6.5 tackles per 90, which showcases his constant presence on the pitch.

Transition play is another aspect of Laimer’s game that is to be lauded. Red Bull Salzburg, much like their German counterparts, follow a quick-transition, quick-counter, quick-goal tactical set-up, aiming to force the opposition into making mistakes before pushing back upfield swiftly and effectively.

Laimer’s contribution tends to come less from goals and assists and more from playing that “unlocking” pass that cuts opposing midfielders out of play.

Though usually opting out of ranging forward, his technique on the ball is quality for a 20-year-old. He holds the ball well in the face of pressure and has enough composure about him to pass the ball off in a variety of ways without ruining the attacking structure. Laimer will at least attempt to nutmeg or ball roll a defender once a match, and has developed his dribbling since last season by more than an average amount.

Any 20-year-old considered to be the finished product is one destined to have a short career.

Whether or not Keita is still around in the coming weeks, should Leipzig want to get a similar level of productivity from Laimer as they do Keita, they’ll have to hone the effectiveness of his tackling, without question. Undoubtedly a player who pressures effectively, Laimer’s success rate when putting in a tackle is less than desired – around 65% across all competitions last year as opposed to an average of closer to 80% for players in similar positions.

Though there are plenty of YouTube videos showcasing his well-placed passes, the consistency of those passes over the course of a full season wavers quite a bit from match to match.

It seems that Laimer still gets caught in the immediacy of the moment, especially when he’s the one who’s just won back possession. He times getting the pass away well, but he’ll have to hit friendly feet more quickly as he transitions into the Leipzig team.

Playing for the four-times-running Austrian Bundesliga champions in a full debut season where the club won the league with nearly twenty points to spare, Laimer had a little freedom in terms of his consistency of performance. Salzburg are set up with a quality defensive line compared to the rest of the league, especially with the likes of Paulo Miranda in the centre and experienced full-backs in Andreas Ulmer and Christian Schwegler.

That fluctuation in performances will have to be trained out, and should be the first priority for those coaches on the training grounds.

For a young midfielder still developing his game, that defense in Austria allowed Laimer to sway slightly in his transition effectiveness as well as his tackling efficiency. At Leipzig, competition will be more stiff, to say the very least.

There will be no leeway allowed against the likes of Bayern Munich, and with the overall quality of teams vastly improving from one Bundesliga to another, there will be far fewer matches where drifting in and out will be acceptable.

The staff in place at Leipzig will have to be careful to hone Laimer’s effectiveness in Germany if he’s to be in any position to play a role in the first team come August. Especially if, with the chance of Keita moving on from the club, Laimer could see more minutes than originally anticipated.

Tactically, however, barring their obvious difference in quality, moving from Keita to Laimer in the midfield could be as simple as a name change on the team sheet.

It must be said that a large part of the eagerness for the Leipzig administration to bring Laimer into the fold is surely down to the similarity between the two players — both cover the pitch extensively throughout ninety minutes, fiercely press the opposition with good timing, and transition into the attack quickly.

That being said, no two players are identical: Keita has an eye for goal, which Laimer has yet to effectively develop. Keita is also far better on the ball than his potential replacement, and has more versatility further up the pitch.

He’s more proficient out of position than Laimer as well, specifically when pushed into wider areas of the pitch. Keita’s ability to pass and move more successfully in and out of tight spaces typically means it doesn’t matter where he receives the ball – he’ll take good care of it.

Not to say that Laimer will forever be unable to accomplish the same feats of footballing prowess that Keita currently can, but work will have to be done on the Austrian, without a doubt. If done properly, Laimer could be known for far more than just a byline in a Keita transfer rumour piece.

If that’s the case, Leipzig will be happy to have him.