Kenneth Zohore: From wasted talent to the Championship’s hottest property in 6 months 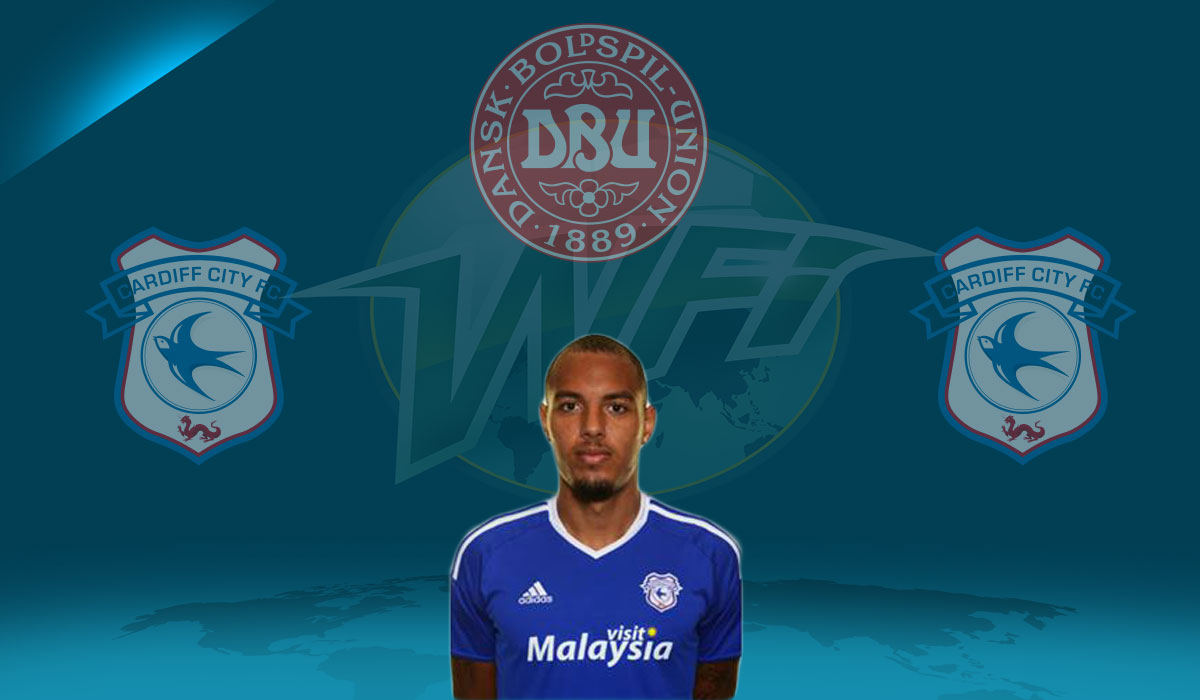 They say that a good goalscorer is worth his weight in gold, and this is particularly true in the Championship, (writes Scott Salter).

The second tier of English football is notoriously difficult to get out of, with a number of teams relegated from the Premier League struggling to adjust to life in the Championship.

One of those teams is Cardiff City. The turmoil of their maiden Premier League campaign in 2013/14 continued into the Championship. Ole Gunnar Solskjaer couldn’t adjust to the pressures of the league and was shown the door before Christmas of the 2014/15 season.

His replacement, Russell Slade, stayed for a year and a half, but failed to excite the Cardiff faithful or make a mark in competitive action. In came Paul Trollope, Wales’ assistant manager at the 2016 European Championships, who was billed to mould Cardiff into the shape of the national side.

It was a nightmare tenure, with his new signings failing to kickstart the Bluebirds’ season. One of those players was Kenneth Zohore, the young Danish striker.

It has been quite a turnaround for Zohore since the departure of Trollope and the appointment of Neil Warnock as Cardiff manager. From looking like a non-league footballer to one of the hottest properties in the Championship in under six months, he is the goalscorer that Cardiff needed.

Born in the Danish capital of Copenhagen, Zohore enjoyed a promising start to his footballing career before becoming a young journeyman striker.

Starting at his local club, he was promoted to the under-19 squad at the age of just 15, before joining the senior side just one year later. He became the Danish Superliga’s youngest ever debutant, and he even appeared in the Champions League aged 16 in the Nou Camp.

Following a failed loan spell at Fiorentina, Zohore moved around a host of Danish clubs before landing at K.V. Kortrijk. He would join Cardiff City on loan, before making the move permanent in June 2016.

He would play a small part under Paul Trollope, making just one start and a handful of substitute appearances. When he did appear, Zohore looked off the pace, showed poor positioning, and failed to contribute goals when needed.

Zohore was not the only one struggling in the Welsh capital. The rest of the Cardiff City squad were under performing, and their manager was in trouble.

Trollope had won just two of his twelve matches in charge of the club and, after a 2-0 loss away to Burton Albion, he was swiftly shown the door.

In his place came Neil Warnock, the Championship veteran who won his first match in charge, a 2-1 win in the Severnside derby against Bristol City.

Following Warnock’s appointment, Zohore scored one goal in nine games but impressed in a revival against Wolves. As January approached, Warnock put his faith in the striker.

“He’s probably saved me £1.5m I would imagine. I can’t see myself buying anyone better than that,” Warnock told the media.

To many, it was a surprise. Zohore had certainly improved since Warnock’s arrival, but the club were in a relegation fight and needed goals.

“I think he is only going to get better. He’s the find of my time at the club … the goals will come.” said Warnock.

Warnock was proven right; 2017 was to be Zohore’s year. He scored 10 goals in 11 games at the start of 2017, becoming one of the most feared men in the Championship.

He continued his good form into the under-21 Euros, scoring two goals and grabbing an assist in his only start for the Danish national side.

Zohore is a massive physical presence up front, with the pace and skill to match it. He is the son of Didier Drogba’s cousin, and his style certainly has some similarities to his more famous relative. When you look at Zohore up against Championship centre-backs, it’s hard to not be impressed by his stature.

He likes to pick up the ball and run at defenders, taking shots from distance or playing off a team-mate to find his way in behind the defence. His size means that he is a danger from set-pieces.

Where Zohore has sometimes struggled is his intelligence, but his manager has worked on that with him and it is improving with every game.

“He’s learning all the time,” said Warnock in January, and his contribution to Zohore’s development is plain to see.

“He’s got a lease of life that might not have been possible a few months ago, and I think he understands my contribution to that,” the manager said of his desire to keep Zohore at the club for this season.

Cardiff will be hoping that they can keep hold of Zohore for at least another year, but the vultures have been circling. Hull City and Brighton have both been linked with the young Dane. Their approaches, including an apparent £10 million bid from the Tigers, have been rebuffed by Warnock and the Cardiff hierarchy.

Zohore set the Championship alight in the second half of last season, and if he can do so again this year, Cardiff could be in with a shout of a return to the top flight. If not with the Bluebirds, it might not be long until Zohore is facing up against Premier League defenders.

Scott is the Editor-in-Chief of the IBWM website. and his writing has also featured on Howler, These Football Times, and VICE Sports.