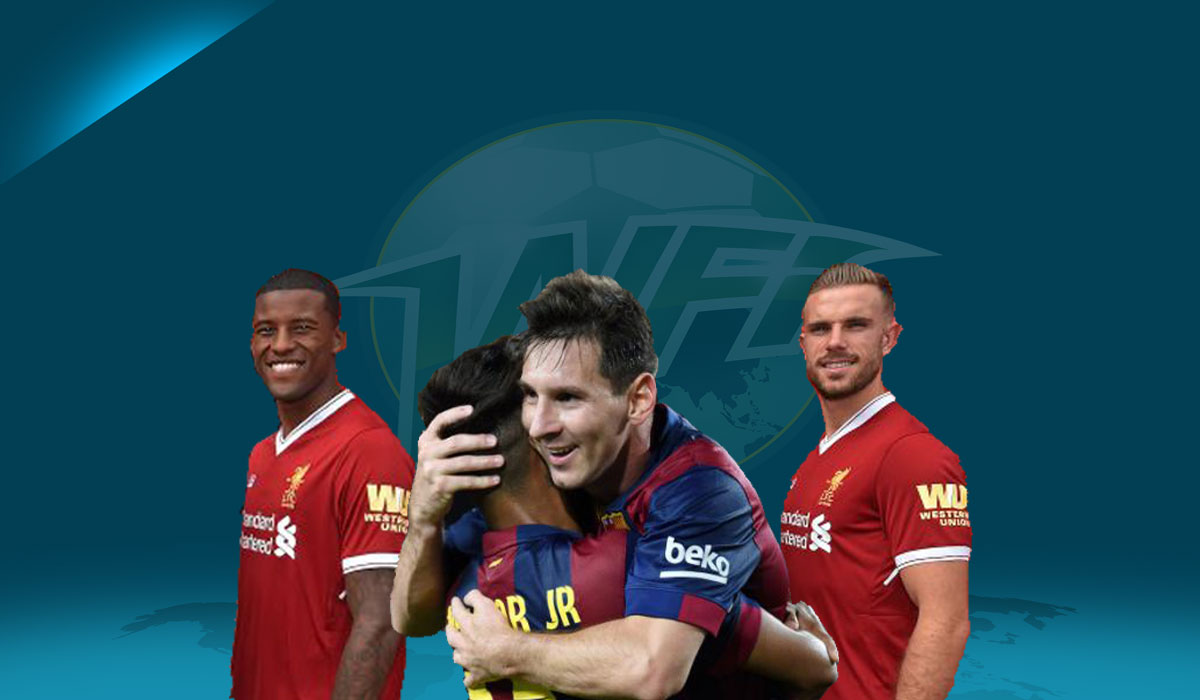 When Liverpool FC announced that Western Union would be their sleeve sponsor for the next five seasons, there was inevitably a meltdown on social media. The club had inadvertently antagonised the fanbase with this positive news writes Sam McGuire.

The Reds haven’t sold out. Far from it. They’re simply making the most of the opportunities afforded to them as a club.

This is just business as clubs look to capitalise on the exposure the Premier League is getting. Sky Sports tout it as the best league in the world and many consider that to be a lie, but is it? It may not have have the best football on offer and the very best players in the world don’t grace Premier League pitches on a weekly basis, but when it comes to marketing and brand, the English league comes into its own. It’s the best in that respect, and it’s why TV stations – foreign and domestic – part with billions to have the rights to broadcast the matches.

With so many eyes on the product, it would be negligent not to take full advantage of this. If the bubble doesn’t burst then over the next few years you will no doubt see clubs adopt sponsors for various parts of their kit. It’s doubtful that it will be as extreme as F1 race suits, which are littered in various company logos, but don’t be shocked to see different logos on the sleeves, one on the back of the shirt, a random few on shorts and, yes, businesses will take advantage of space on the sock, too.

Fans will be outraged. A football shirt is a club’s identity.

But it’s also a marketing vehicle these days, and until now it’s been an untapped market in the sport of football.

The inside of the Barcelona shirts are now sponsored by Intel. Now, in the midst of the chaos which ensues following on from a 90th minute winner, there’s a high likelihood that a glimpse of the Intel logo will be seen.

Historic moments captured in a picture are the ideal opportunity for businesses to expand their brand.

Think back to Steven Gerrard firing home against Olympiakos to send Liverpool through to the knockout stages of the Champions League back in 2004/05. Every single Liverpool fan can name who sponsored the club then — Reebok and Carlsberg. People have pictures of Gerrard lifting the European Cup. It’s etched in their memories and it’s brand recognition money shouldn’t be able to buy, but it does and it will continue to do so.

After all, it’s not personal; it’s just business.

But the timing of the announcement couldn’t have been worse. Had Liverpool revealed their new partnership having already signed Virgil van Dijk and Naby Keita, then there would have been a few jokes made and a number of disgruntled fans harping on about the club selling their soul, but nowhere near to the extreme of what it has been on social media over the last few days.

However, Van Dijk and Keita aren’t Liverpool players. Fans have been desperate for positive news, and this announcement was a bit like poking a restless, hungry bear.

Van Dijk has handed in a transfer request, but many outlets claim Southampton are reluctant to do business with the Reds. The move might still come to fruition, but as of right now the extra £5 million Western Union are paying the club does nothing about the fact the 26-year-old isn’t a Liverpool player.

Likewise, Keita could still end up being a Liverpool player this month, but right now the club have failed to land their top two summer targets, and parading a shiny new sleeve sponsor isn’t going to change that.

On top of all that, fans heard club legend Gerrard on BT Sport last night following on from Real Madrid’s win over Manchester United saying although Liverpool want to keep Barcelona transfer target Philippe Coutinho, he may still leave if he “starts a war to push through a move”.

While it’s nice to hear pundits be frank and honest on television, you don’t want to be hearing ‘ifs’ or ‘buts’ like that, especially when you consider other players have literally caused fights in training this summer to get a move and it’s still not happened.

Not satisfied with poking the hungry bear, the club then start throwing rocks, with Liverpool CEO Peter Moore revealing that this sort of deal will help Liverpool in the transfer market: “When the Premier League announced in February that we were able to go look for a sleeve sponsor for our jerseys we were excited on a number of levels,” Moore said.

“Firstly, the ability to drive more resources to help Jurgen and his team live up to our ambitions and compete at the highest level in a year when we’re ready to go in the Champions League.”

The same noises came out of the club after signing the Dunkin Donuts deal in 2014. Then Managing Director Ian Ayre had this to say: “In order to support Brendan (Rodgers) we have to provide the resources to allow that.

“That is only allowable operating within your own means – they are the rules we have all signed up to – and this is absolutely vital in us being able to compete. In the modern game we talk about financial fair play and the ability to operate in transfer markets, and a big part of doing what we want to achieve here is generating revenue which supports what we do on the pitch.”

Liverpool signed that deal and still couldn’t (or wouldn’t) compete with the best in the league, despite having the finances on paper to do so.  Furthermore, back in 2014, financial fair play was actually a thing, but now it’s a little more relaxed. So does the ninth richest football club in the world really need that extra £5million per season to compete with their rivals?

Probably wouldn't mind the shirt-sleeve sponsor if it were a bit more subtle pic.twitter.com/pDMgcNApaQ

Wanting to capitalise on marketing opportunities isn’t a negative, but dressing it up as a necessity for Liverpool to be able to challenge is just going to antagonise the fans.

Even more so when you consider the Reds’ overall revenue for the 2015/16 season was a club record £301m, and this was before the money from the new TV deal came into play. When you’re dealing with such sums, £5 million doesn’t really register, does it?

You could argue the deal buys the team a new player. Alex Oxlade-Chamberlain is rumoured to be available for £25 million so it pays for him. Or the £5 million could pay for Georginio Wijnaldum’s wages for the year. However, it’s not like Liverpool wouldn’t be able to do what they’re doing now without the sponsorship.

It’s a positive that the Reds are embracing the business side of the sport. It will, in the long-run, keep the club competitive. But maybe they need to work on the timing of such announcements.