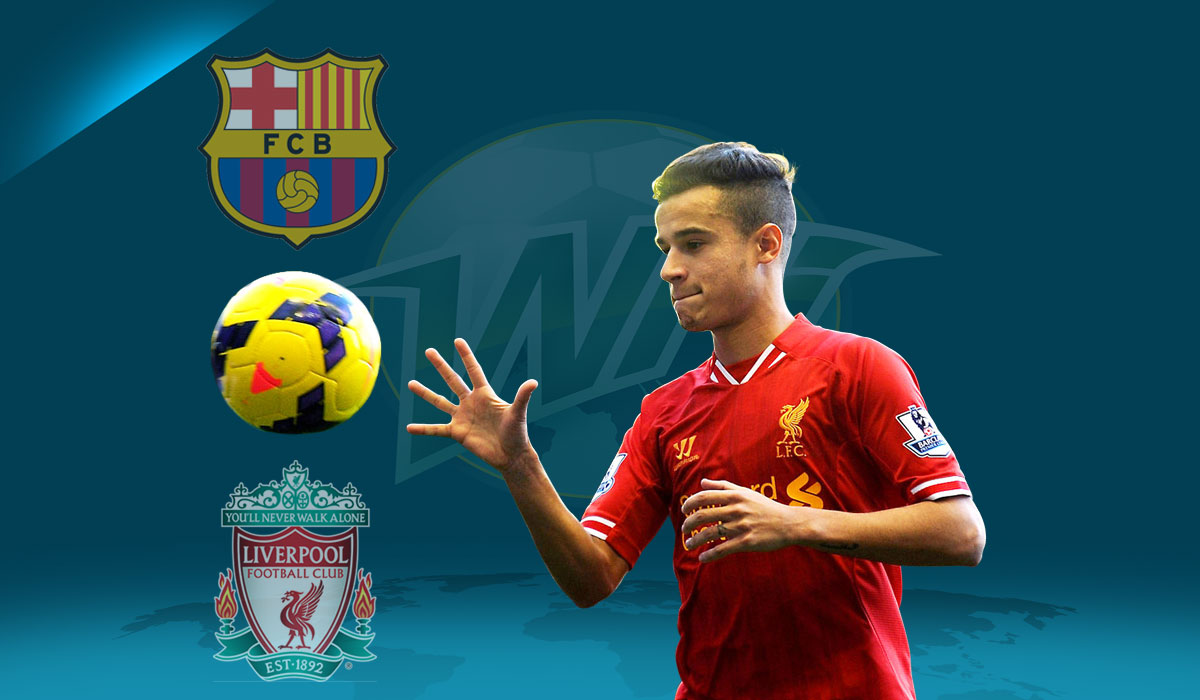 According to Globo Esporte, ESPN Brasil, FOX Sports Brasil, UOL, and Esporte Interactivo, the sale of Liverpool’s Philippe Coutinho is edging ever closer, contrary to what the club are reporting themselves, with the latter outlet sending reporters to Merseyside in anticipation of yet another big-money transfer involving a Brazilian and Barcelona, reports Grant Jendo.

These media outlets, unlike those in Europe, rarely deal in speculation; indeed, they only report on moves when the player is virtually holding the shirt of their new club, according to two of World Football Index’s South American football experts, Simon Edwards and Dave Caren.

As much as Coutinho has a public fondness for Liverpool, both as a club and as a city, the allure of joining Barcelona could prove too much to ignore, as proven by Luis Suarez, who himself took a paycut to join the Catalans in 2014.

Rightly or wrongly, this development – along with the calamity that has been the club’s pursuit of Southampton’s Virgil Van Dijk – will only turn up the pressure on Liverpool owners Fenway Sports Group, with fans aghast at how what promised to be one of their ‘biggest ever’ windows has instead resulted in their two main targets being seemingly out of reach, in addition to losing their standout player.

One silver lining could be that the money Liverpool make from this deal – fees are reported as being upwards of €100 million, money that Barcelona can afford after selling Neymar to Paris Saint-Germain – could yet be used to tempt RB Leipzig into selling Naby Keita, who themselves have been similarly stubborn in their insistence that their prime asset will not be sold this window.

However, like Liverpool, the Bundesliga club may change their minds if the fee on offer is as astronomical as has become the norm in this transfer window. The same could be said for Southampton and their reluctance to deal with the Anfield outfit after the former alleged that the Reds had ‘tapped up’ their Dutch centre back, forcing them to publicly (and embarrassingly) back off from the deal.

If not, Liverpool will need to act quickly to soften the blow of losing one of the finest talents in the Premier League, even if it is for a colossal nine figure fee, and they could do much worse than solidifying their interest in Bayern Munich’s Arturo Vidal, an interest that was exclusively revealed by WFI’s James Nalton.

After all, as talented as Dominic Solanke, Mohamed Salah and Andrew Robertson are, the fans, club and manager alike will have expected a lot more from this summer transfer window.

There’s a little over three weeks to go.