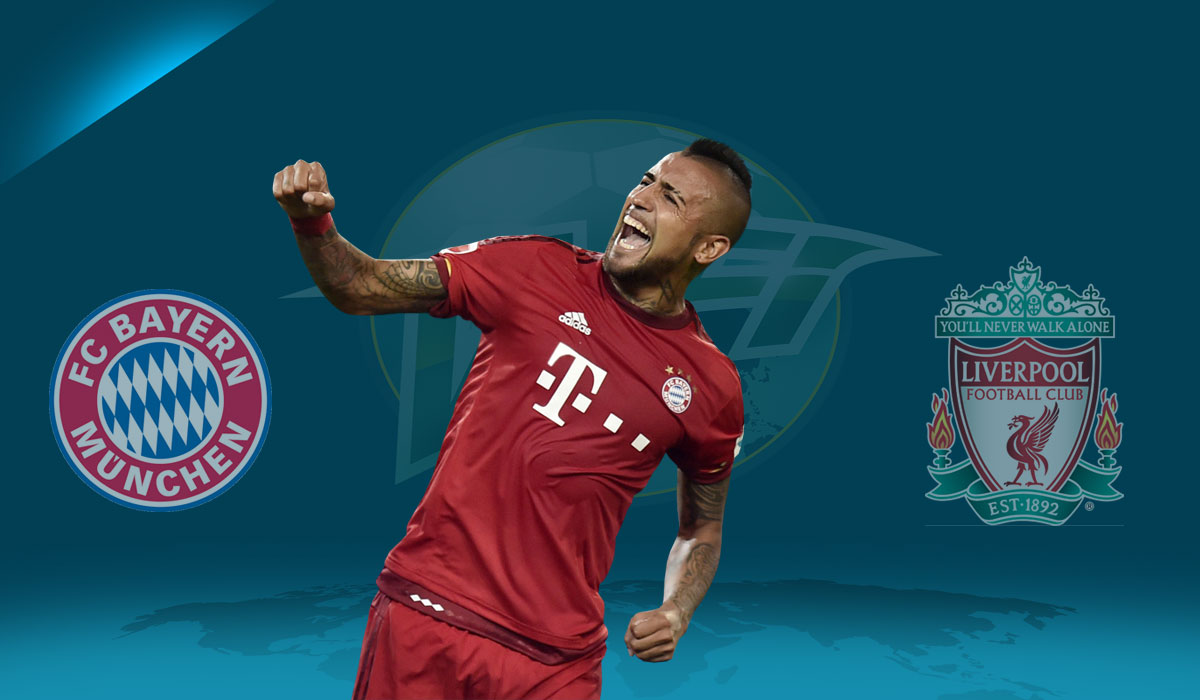 Jurgen Klopp’s side have spent most of the summer in a battle with RB Leipzig for the Guinean midfielder’s signature, but the Bundesliga side have held firm so far and seem reluctant to sell their prized asset.

With the transfer window drawing to a close, Liverpool are now becoming more restless and are beginning to look at alternatives, and Vidal has emerged as an alternative target according World Football Index sources in Chile.

He has also been linked with Italian side Internazionale, but nothing has materialised on a move to Milan as yet.

Vidal is not against the idea of a return to Italy and has an agreement with Inter, but Bayern do not want to sell [FcInterNews] pic.twitter.com/YSrUjcJ6bM

The Chile international turned 30 this month, and would provide Liverpool with experience in the centre of the park as well as the attacking dynamism which attracted them to Keita.

With Adam Lallana out for a couple of months with a thigh injury and Philippe Coutinho continually linked with Barcelona, the club could find themselves short of experience, depth, and quality in midfield by the end of August, and will be keen to bring in a player good enough to slot into their first eleven.

The Reds are considered 5th most likely to win the Premier League this season, just behind Tottenham Hotspur.

Liverpool have been handed a tough Champions League play-off tie, drawing Hoffenheim, who along with Nice were one of the best clubs in the unseeded pot.

Since Klopp’s arrival the club have dabbled regularly with the German league both on the pitch and in the transfer market. They defeated Augsburg and Borussia Dortmund in their 2015/16 Europa League run, and have also signed Joel Matip, Ragnar Klavan, and Loris Karius from Klopp’s old stomping ground.

Drawing Julian Nagelsmann’s side in an important play-off, however, is one Bundesliga link they would have liked to have avoided.

The club will look to boost their ranks sooner rather than later in order to navigate this tricky tie and qualify for the lucrative Champions League group stages. Vidal would bring an abundance of continental as well as international experience, and as a relatively short term fix he could even prove more valuable than a younger less experienced player like Keita who they could return for next summer.

Leipzig’s Director of Football Ralf Rangnick, and club owner Dietrich Mateschitz have both ruled out the sale of Keita at any price, and manager Ralph Hasenhüttl recently described the chance of the player leaving as “null”.

Rather than turn their attention to other high potential players who might not have Keita’s immediate quality, the club could go to either end of the spectrum to sign a younger player from a lower profile league, and an older head to fit straight into the team.

Vidal fits the latter mould perfectly, and this initial interest could eventually manifest itself in an official bid should the situation with Keita remain the same.