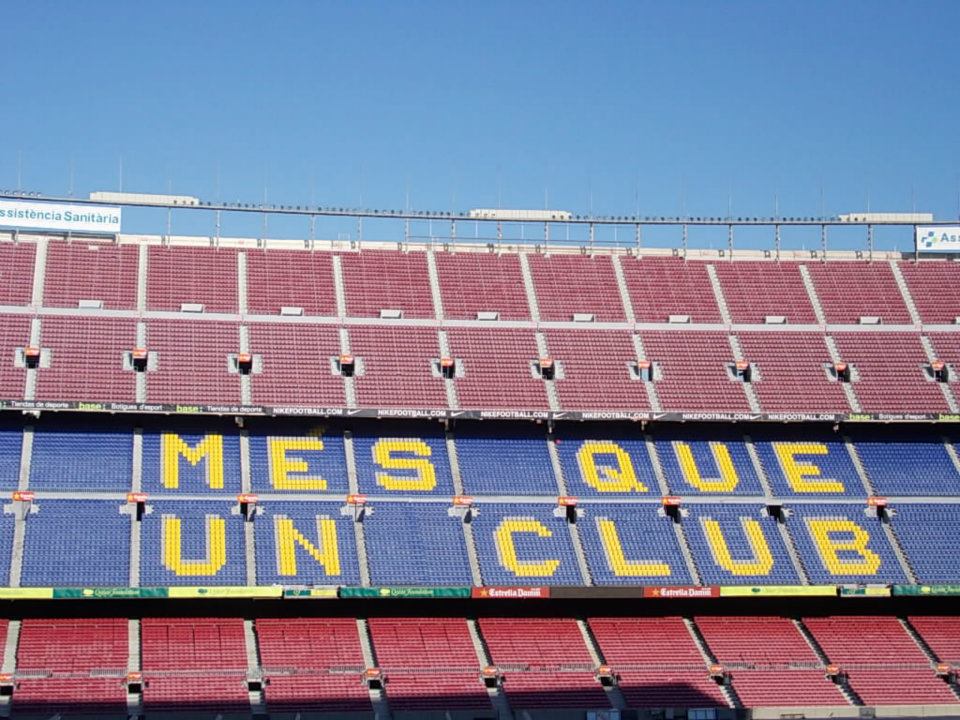 “Més que un club” is written across the stands at the Camp Nou. The weekend before last, FC Barcelona showed, yet again, why they are more than a club in Catalonia, writes Matthias Suuck.

With the backdrop of the disputed and controversial Catalonian independence referendum and the subsequent violent reaction of Spanish authorities, FC Barcelona hosted Las Palmas in an empty stadium.

In this eerie atmosphere, with supporters locked out, you could hear every kick, every shout, and almost every thought in the match. That Barcelona won the match 3-0 is but a mere byline on a sad weekend in the Catalan capital and all of Spain.

Amidst the shouts for independence, the waving of Catalan and republican flags, and the mentioning of Francoist Spain, you almost thought you were transported back into the 1930’s. But it’s 2017, and as is so often the case with FC Barcelona, sports and politics mixed in every action the club undertook a few Sundays ago.

Even the playing of the match was divisive, as club vice president, Carles Vilarrubi and head of the medical department, Jordi Mones, both resigned from their posts following the decision by club president, Josep Maria Bartomeu, to go ahead with the match.

Many Barcelona fans were also unhappy about the decision to play, preferring instead to take the six-point deduction as punishment for refusing to play. Later that day you saw Spanish flags being flown in Real Madrid’s match against Espanyol, as a sign of Spanish unity.

Former Barcelona greats Xavi, Carles Puyol and Pep Guardiola voiced their support for the referendum and against the actions of the national police and civil guard. Gerard Piqué called it the “worst day” of his life.

The Camp Nou has seen many calls for independence over the years, most notably when the chants that erupt at minute 17 and 14 seconds of every home match, commemorating the year 1714 and the fall of Barcelona during the War of the Spanish Succession.

This entire referendum is a messy situation that was mishandled by both parties, who are deeply entrenched in their political camps. That being said, nothing excuses the heavy-handed and violent reaction from the national police and civil guard.

There is no immediate resolution in sight, with the European Union calling for calm and a constructive dialogue. Needless to say, we haven’t seen the last of this subject and it is a process and political conflict that will stay around for the foreseeable future.

In other parts of Spain, there was football being played. Real Betis and Real Sociedad delivered an immensely entertaining match with a 4-4 final score line.

Valencia continued their revival under Marcelino, defeating Athletic Bilbao 3-2. Atletico Madrid once again failed to defeat Leganes away from home, and if it wasn’t for Jan Oblak in goal, they would have lost the tie.

Following this latest international break, we will see two very big fixtures — on Saturday, Barcelona travel to Madrid in their first major test of the season against Atletico, whereas the following day, the surprising Real Betis host a resurgent Valencia.