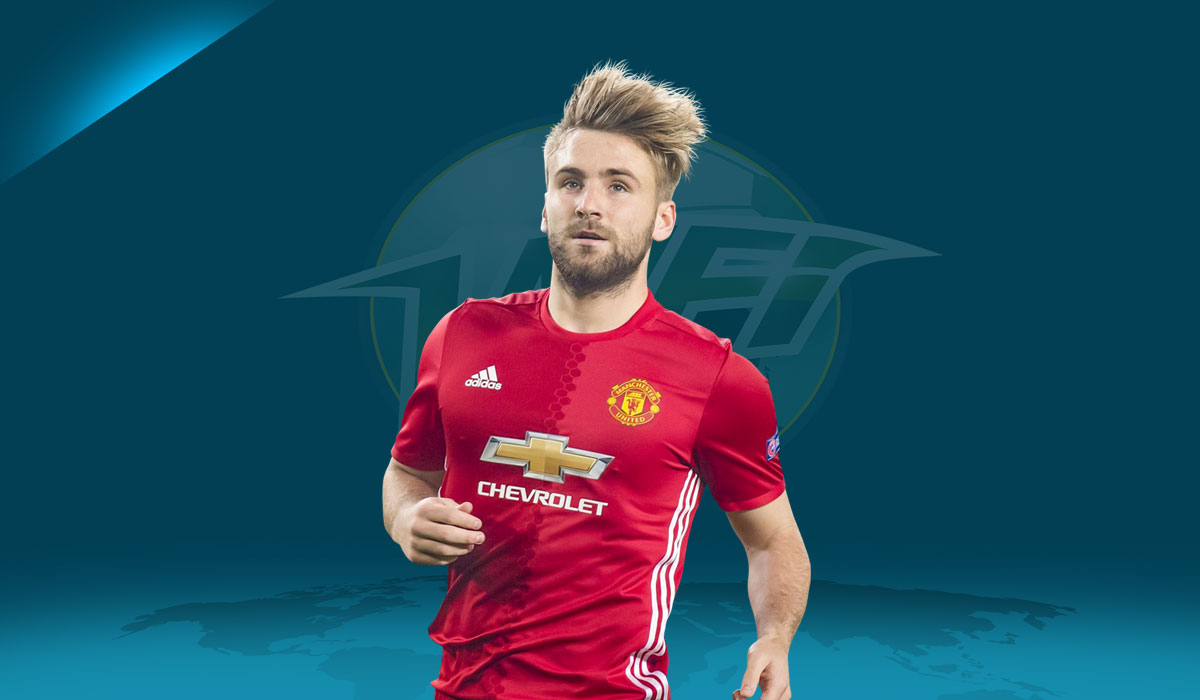 Coming back from yet another injury, Luke Shaw knows that this season is going to be the most important one yet of his young career, (writes Stephen Fox).

The twenty-two year old’s appearance for Manchester United against Burton Albion in the Carabao Cup was his first since April after suffering another long-term injury, which has been a recurring pattern for the left-back since he joined Manchester United in 2014, totally unable to get a consistent run of games for the team.

Shaw was initially bought by United to be the long-term successor to Patrice Evra in the left-back position after Shaw had been highly impressive at Southampton, but so far he has failed to get a proper opportunity to showcase the form for United that he did at Southampton – the kind of form that saw him win the PFA Young Player of the Year and get into the PFA Team of the Year in the 2013/14 season.

Shaw has always had problems with fitness, a topic that even those at Southampton criticised him for, and one that Jose Mourinho had also highlighted last season where Shaw was dropped from the team and frozen out of the first eleven until he got himself back into shape.

Shaw’s numerous injuries at Old Trafford have not helped his case; with him suffering a horrific leg-break against PSV in the Champions League in 2015 that kept him out of football for an entire season, it is an area that Shaw seemed determined to improve on, as well as forcing his way back into the side to gain Mourinho’s trust. The problem is that while he’s done that before, he risks once again finding himself on the sidelines due to injury.

And yet Shaw can still be a critical player for United and for Mourinho. United’s greatest weakness right now is in the left-back position, where they do not have a natural left-back playing regularly, using Daley Blind, Ashley Young and even Mateo Darmian there. Blind is a serviceable player who can play in multiple different positions, but he is not the kind of player who excels in any one position, much like John O’Shea from years gone by.

The full-back position is one of the most important positions on the pitch in modern day football. It’s no coincidence as to why Real Madrid posses the two best full-backs in the game in Marcelo and Dani Carvajal, or why Manchester City spent so much money this summer on improving their full-backs at the club in Kyle Walker, Benjamin Mendy and Danilo.

Shaw may have issues with his fitness, but there can be no doubting his abilities: Shaw was phenomenal for United under Van Gaal before his leg break, forming a formidable partnership with Memphis Depay; even last season, the Englishman looked good when he managed to get himself back into the team.

Shaw is still young enough to be the long-term replacement for Patrice Evra and to be the player that many expected him to be. He offers plenty going forward, and a partnership with either Anthony Martial and Marcus Rashford could lead to devastating consequences for their opposition.

It is an area that Mourinho himself has been looking to improve upon: to have a player who can play down on the left and stretch the opposition, as opposed to cutting inside like Martial and Rashford do, which is exactly what a fit Luke Shaw can provide.

There is no ceiling on Shaw’s potential to succeed. Granted, he does need to work on his improving his fitness, but it seemed that Mourinho’s harsh-looking comments upon freezing him out of the team have motivated the youngster to get himself into shape and to prove himself and his worthiness to play for a club of United’s stature – a tactic Mourinho successfully employed already with Henrikhh Mkhitaryan and Anthony Martial last season.

Shaw’s career is very much in limbo right now, with rumours of moves away from the club in the summer, but it would surely be a mistake on United’s part to allow Shaw to leave.

He most certainly can still be a crucial player for United: he’s young, he’s English, and he provides United with a different viable outlet that they don’t currently have in that position.