Andrea Pirlo: The Party Is Over 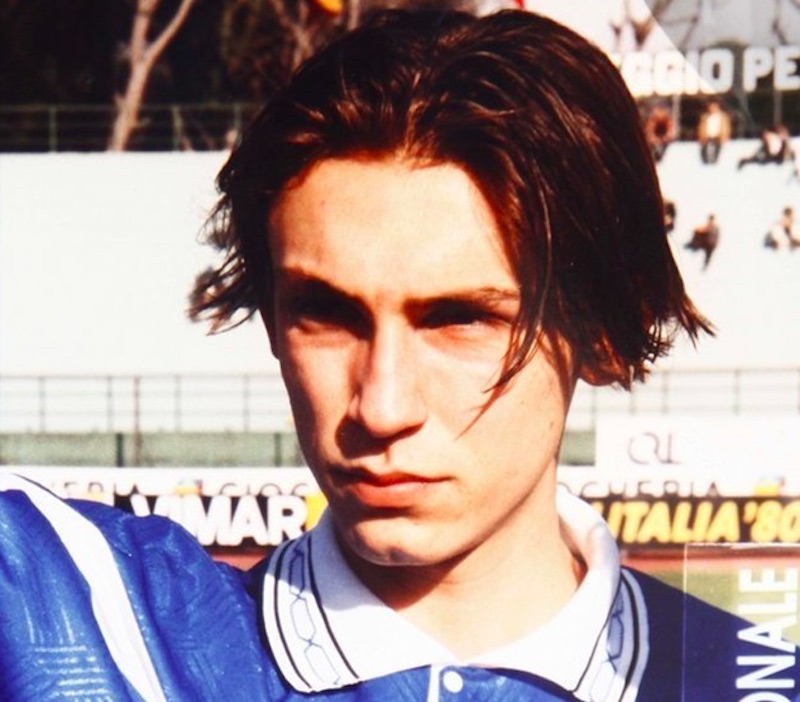 The date was June 24th 2012, with Italy and England duelling it out for a place in the semi-finals of the European Championships. England were leading 2-1 on the penalty shoot-out, when up stepped Andrea Pirlo, who was about to deliver a moment few would forget, (writes Graeme Scott).

“As I began my run up, I still hadn’t decided what I was going to do. And then he moved and my mind was made up,” Pirlo said about his memorable ‘Panenka’ penalty — a delicate touch to chip the ball down the middle of the goal as Joe Hart dove to his right. “There was absolutely no showboating about it – that’s not my style.”

Before Andrea Pirlo was scoring Panenkas and assisting from a range of different passes, he started on the road to becoming the ‘maestro’ as a youth player for Brescia, helping the club win a Serie B title, resulting in promotion to Serie A and impressing Internazionale enough to bring the 19-year-old Italian to Milan, a city he would spend most of his career in.

Life was far from easy in the beginning, though, as Inter loaned Pirlo out to Reggina for the 1999/00 season, where he spent the majority of his time on the bench. When returning the following season, once again he would be loaned out, this time to Brescia for the second half of 2001/02. It was here the career-defining moment took place, as Brescia manager Carlo Mazzone deployed Pirlo in the role of a deep lying playmaker rather than his previous position further up field.

It was a role Pirlo would make his own, and soon enough city rivals AC Milan would come calling to save him from the Inter bench.

It was with the Rossoneri that Pirlo would enjoy most of his success with a star-studded Milan side few others enjoyed facing. Pirlo became instrumental playing behind the likes of Rui Costa, Kaka and Clarence Seedorf, with Gennaro Gattuso alongside him doing the running, whilst Pirlo himself sent the ball into whichever area of the pitch he chose.

In the 2002/03 season, the man from Brescia would find himself in a position he would soon become accustomed to, competing on the grand stage of a UEFA Champions League final.

Facing domestic rivals Juventus in Europe’s first all-Italian final in Manchester, Pirlo would start the match but play no part in the upcoming extra time and penalty shoot-out, as he was substituted for Serginho 71 minutes in. Milan would go on to beat Juve on penalties and lift the trophy for the first time since 1994, but it would not be their last.

Milan again reached the final in 2004/05 for what would be an unforgettable match in Istanbul, though Milan and their fans probably wish that they could forget it all.

Against Liverpool, Pirlo and Milan would take a first half 3-0 lead only to see it all collapse in the space of six crazy second half minutes, as Liverpool scored three goals in quick succession and take Milan into another Champions League penalty shoot-out.

Pirlo recalled the moment in his book, I think, Therefore I Play:

“We invented a disease with multiple symptoms: Istanbul syndrome … I could hardly sleep, and even when I did drop off, I awoke to a grim thought: I’m disgusting. I can’t play anymore”.

But play more he did, and Milan would go on to reach the Champions League final for the third time in five seasons, with a chance to right the wrongs of a night in Istanbul as Liverpool were once again the opposition.

This time penalties would not be needed, as Milan won 2-0, the opening goal coming from a Pirlo free kick, when the ball deflected off the chest of Inzaghi. The victory, however, would do little to repel the memories of 2004 from the mind of Pirlo.

“We celebrated but didn’t forget,” Pirlo said. “We wanted to, but couldn’t. The stain remains.”

After 401 appearances over ten years and a haul of nine trophies, Pirlo’s Milan career would come to a sudden end, after a measly 17 league appearances during his final season 2010/11, mainly due to spending four months on the sidelines recovering from various injuries.

As Pirlo realised his time with Milan was coming to an end, he was presented with a parting gift from the club he had spent so much time with. A Cartier pen with the Club crest on it.

“As a goodbye gift I expected something more than that perfect comic timing. My ten years at Milan, gone like that. I smiled anyway.”

As Pirlo stared at this simple pen, he would hear a voice that broke his gaze. “For goodness sake, don’t use it to sign for Juventus”. It was the voice of Adriano Galliani, the chief executive of AC Milan. But sign for Juventus he did.

Joining on a free transfer and spending three successful seasons with the Bianconeri, he dispelled Milan’s conviction that Pirlo was no longer the player he once had been.

The move came as a surprise, even to current Juve keeper Gianluigi Buffon, prompting him to say “When Andrea told me that he was joining us, the first thing I thought was: ‘God exists’”.

Pirlo quickly got to work for his new club by tallying up two assists on the first match of the season against Parma. Pirlo would go on to rack up a total of 38 assists over his time at Juventus, the same number of assists made during his entire career at Milan, showing that he was still a player far from decline. With three scudetti won after four years without a single trophy to their name, Pirlo had played a part in Juve’s return to the top of Italian football, but there was still one route Juventus as a club had longed to travel since their last visit in 1996 — the road to the top of European football.

Pirlo’s last game as a Juventus player would be played on that familiar stage: the final of the Champions League. The game took place in Berlin, a place that held fond memories not just for Pirlo, but for all Italians. It was the venue Pirlo tasted World Cup glory, as Italy lifted the most illustrious of titles back in 2006.

Back in 2015, he would be in a cup final once more, which this time also acted as a final farewell from Juventus. Unfortunately, it was not to be the fairytale ending many had hoped for Pirlo; instead, it was to be another great name in football, Xavi – who would also be leaving his club after the match – that would have the sweeter goodbye.

Despite their best efforts, Juve lost 3-1 to Barcelona, and with it another chance of becoming European champions was lost. Post-match, it was clear for all to see how much the moment had meant to Pirlo, as the emotion of the occasion showed on his face, and with it the end of his playing days in European football as he left for the Big Apple in America, playing out the rest of his days at MLS club New York City FC.

Fast forward two years and three MLS seasons later, and Pirlo has announced that, come the end of the current season on December 10th, at the age of 38, he will be retiring from football.

And so, with the memories witnessed over the years – be it winning Champions League trophies with AC Milan, proving the doubters wrong at Juventus. or winning on the biggest stage of all with the Italian national side – it’s fair to say that Andrea, we were impressed.