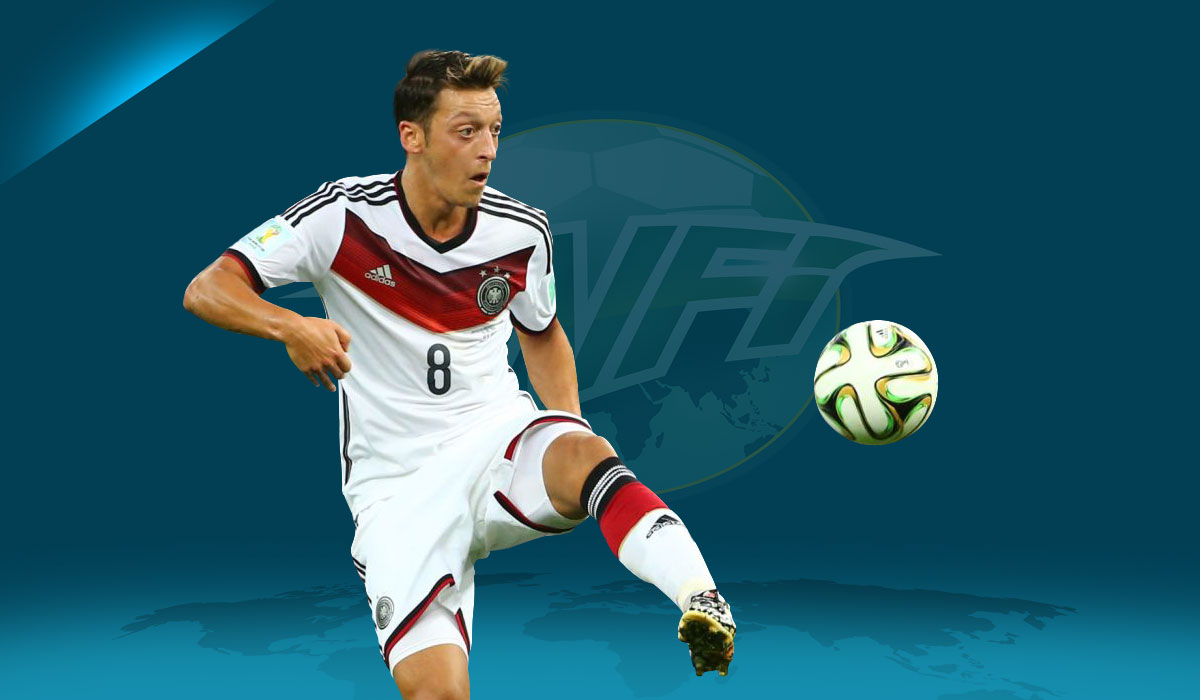 Much has been made about Alexis Sanchez potentially leaving Arsenal next summer to Manchester City when his contract expires, but there is another key player for Arsenal who could be also on his way out next summer, (writes Stephen Fox).

Reports are circling that Mesut Özil could be tempted to join Manchester United and reunite with José Mourinho. The potential move would not be too surprising, as while there have been doubts over Özil’s workrate, he is still a fantastic player who has much to offer to many teams as a playmaker.

Özil did excel for Mourinho at Real Madrid in one of the best counter-attacking teams of the last decade when Madrid were crowned La Liga champions in 2012 and broke the record in the league for most goals scored where he linked up with Cristano Ronaldo, Angel Di Maria and Karim Benzema to devastating fashion.

Mourinho managed to get the best out of the German, using him in a position where he can excel in transitions just as he has done for the German national team as well.

Özil has had a mixed spell at Arsenal, one where he has come close to breaking the assist records in the Premier League with 19 assists, to one where he has been completely lambasted for his lackadaisical performances and ‘not working hard enough’ by the English media.

While Özil hasn’t always been the player at Arsenal that he has been for the national team or for Real Madrid, there isn’t always much Özil can do about that – he can’t be expected to shine when his offensive options are the likes of Oliver Giroud, Danny Welbeck, Aaron Ramsey and Theo Walcott. It is why a potential move to Old Trafford would be interesting — how much better would Özil do if he was supplying balls into Romelu Lukaku, Anthony Martial, Marcus Rashford, or Zlatan Ibrahimovic?

Mourinho wants to bring in his former Real player Ozil on a Bosman https://t.co/DHsxXhNGx2

While Özil may have come into criticism over his lack of defensive contribution, it isn’t that far-fetched to believe that Mourinho could transform Özil into a player that can combine his playmaking gifts and still be able to track back, helping the team to defend.

After all, it was Mourinho who had benched and later sold Juan Mata from Chelsea, at a time when he was coming off winning Chelsea’s Player of the Year award for two consecutive seasons, to United. Mata was a player who was very similar to Özil, a wonderful and majestic playmaker with an even better eye for goal than Özil, but one who Mourinho felt didn’t contribute enough to the defensive side of the game.

And yet, since coming to United, Mourinho has managed to transform Mata into a player who is capable and willing to contribute defensively in Mourinho’s system and there can be the argument made that Mourinho could effectively do the same with Özil.

But if Özil does join United on a free transfer, who exactly does he replace, and where does he fit in? United already have Juan Mata and Henrikh Mkhitaryan to play behind the striker, and both can also play on the right wing as well. Is Özil going to be much better than either of those players in those positions? It’s hard to say.

Mkhitaryan has been very inconsistent in the Premier League despite showing good form in European competitions, and while he has had a strong start to the season, it wouldn’t be too surprising to see him leave if he has another largely underwhelming season.

But even if Mkhitaryan does leave, it’s hard to imagine that United won’t attempt to go after Antonie Griezmann again, and if they do, he would surely be the one that plays behind Lukaku in that No. 10 position.

In short, there just does not seem that there is a position for Özil at United. As good as a playmaker as Özil is, United are not short on playmakers in their team, especially when you also factor in Paul Pogba as well.

It is essentially why it is hard to see Özil not only actually joining United, but joining any elite club, as he is luxury player – despite how devastating he can be – and one where he is not exactly needed by any other major European club.

Unless United fail to sign Griezmann again next summer, which seems unlikely now that Atletico Madrid’s transfer ban will have been fulfilled and they have signed Diego Costa, only then could be conceivable that United may attempt to sign the World Cup-winning German.