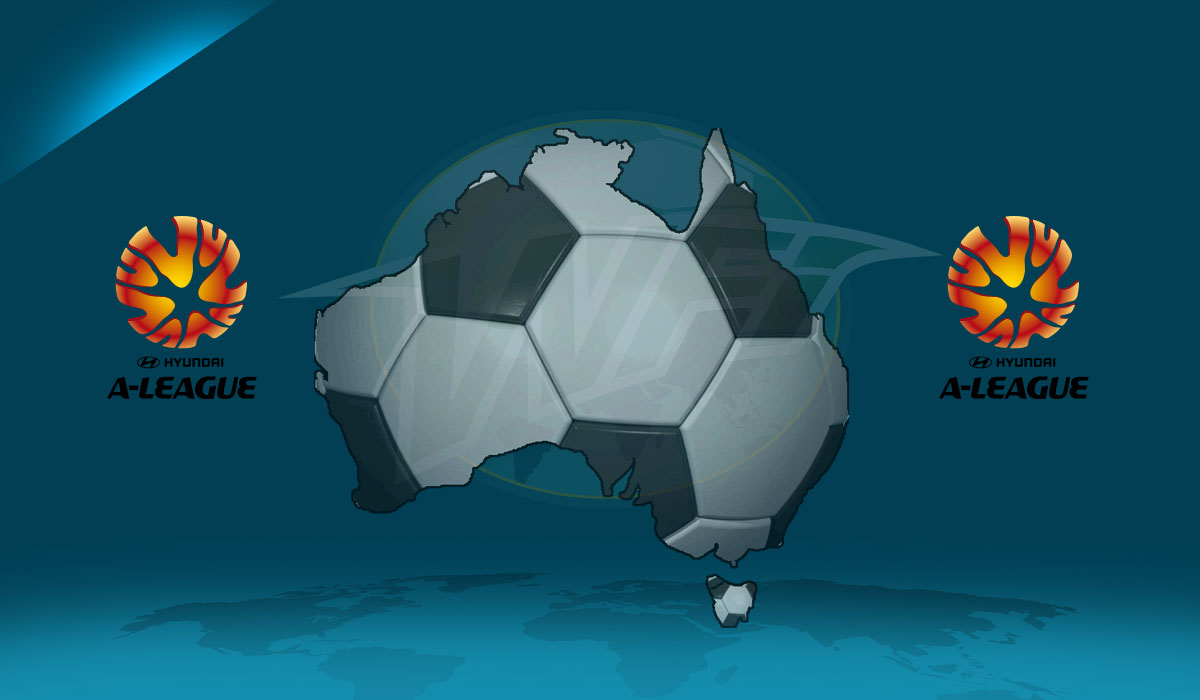 This season promises to be one of the most intense yet, as Melbourne Victory seek revenge on their bitter rivals Sydney FC for the heartbreaking manner in which they lost last season’s grand final.

For the other teams though, it will be a battle just to avoid the dreaded wooden spoon and the indignity of finishing bottom of the pile.

If any team wants to forget the past, it’s the Jets, having finished seventh or lower for the last seven years, culminating with last season’s bottom place finish, after a paltry five wins all season.

They have made positive steps to redress this though by appointing the hugely experienced former Melbourne Victory and Wellington Phoenix coach, Scot Ernie Merrick.

With just those five wins and a measly 28 goals in 27 games last season, it’s clear that the Jets have to boost their striking options, which they have attempted to do by signing former Sunderland forward Roy O’Donovan from Central Coast Mariners who netted 19 goals in 45 appearances for the CCM.

Equally exciting is the signing of Venezuelan Ronald Vargas from AEK Athens. Problems at the club do run deeper than just a lack of goals, though — this season will be more about Merrick changing their ingrained losing mentality and making transitional changes, rather than a push to the top of the table.

There was a sense of underachievement last season amongst the Yellow Fever fan base of Phoenix, but that seems to have been addressed with the appointment of the experienced Darije Kalezic as coach.

The ever practical Kalezic spent pre-season working with the players on many technical defensive aspects, and there is a sense that with a fair wind and a good start, Phoenix could improve upon last season where they began their season so dreadfully with no points and just the one goal after the first month of fixtures.

Much is expected of the mercurial talents of Fijian talisman Roy Krishna who can always be relied upon to chip in with vital goals.

The defence looks solid too, with the evergreen Andrew Durante partnered by Marco Rossi and new boys Scott Galloway and Daniel Mullen. However, three defeats in pre-season suggest that Kalezic still has his work cut out.

Another team that has problems winning matches, CCM have only triumphed in 14 out of their last 81 A-League matches. Losing Roy O’Donovan to Newcastle Jets won’t have helped that situation, and the addition of so many new players will mean that new coach Paul Okon will require time for his players to gel.

There was some initial optimism though when the former Lazio and Middlesbrough midfielder was appointed last year. In his first game in charge, CCM came from 3-0 down to draw 3-3 with Perth Glory, and they even managed to beat reigning champions Adelaide United soon after.

Pre-season hasn’t been kind to CCM, as they lost 3-2 to Blacktown City in the FFA Cup. Last season they lost more games than any other team in the A-League and narrowly missed out on the wooden spoon by just a point.

However, Okon seems to be addressing some of the major issues at the club, with the addition of centre back Alan Baro from Melbourne Victory plus Dutchmen Wout Brama and Tom Hiareij in defensive midfield.

Keep an eye out for attacking midfielder Daniel De Silva. He made his A-League debut at just 15 and almost joined AS Roma in 2014.

Being an Adelaide United fan must be one of football’s more topsy-turvy experiences. From beating Western Sydney Wanderers in the Grand Final at the Adelaide Oval in 2016, to last year’s feeble 9th place, scoring just 25 goals in 27 games, the Red Army must be wondering what to expect next.

Only a few of that Grand Final squad remain, and there have been grounds for optimism in pre-season as United made their way to the FFA Cup semi finals, beating Newcastle Jets and Melbourne Victory along the way.

Coach Marco Kurz has implemented a new regime designed to boost the club’s fortunes, such as double training sessions and a raft of departures from the playing squad (twelve in all). Defender Ersan Gulum looks an astute acquisition, who despite being born in Melbourne has seven Turkish caps and has won the Super Lig twice with Besiktas.

Also keep an eye out for new recruit Baba Diawara — the Senegalese forward has played top flight football in both Spain and Portugal and looks like he could provide some much needed scoring impetus for United.

Despite losing ten players in the close season, Glory have managed to hold onto key attackers Andy Keogh, Adam Taggart, and the evergreen Diego Castro. The 35-year-old Spaniard averages almost a goal every other game with Glory, and it’ll be important to see if they can squeeze another year out of the veteran.

Glory’s biggest problems are at the back, however — despite scoring the second-highest number of goals in the league – 53, just two less than the rampant Sydney FC’s 55 – they conceded the joint-highest number of goals, sharing that dubious honour with bottom placed Newcastle Jets, meaning that they finished the regular season with a zero goal difference.

So, if Glory want a repeat of their visit to last season’s semi-final, their defence is the area that needs to be addressed.

The acquisition of experienced La Liga stalwart Xavi Torres gives the midfield a more solid feel, which can protect a back four that has been boosted by the signings of Scott Neville and Jacob Poscoliero.

This is a pivotal season for the Roar, who will no doubt miss the highly influential German Thomas Broich who has retired.

There is a Dad’s Army feel about the squad as they have a high number of over 30’s headed by the fascinating signing of a 38-year-old Massimo Maccarone. It will be interesting to see how Maccarone copes with the forthcoming season, particularly given how he left Empoli after their relegation from Serie A at the hands of Crotone, despite going into the final round of fixtures with their destiny in their own hands.

One shrewd signing is that of Tunisian Fahid Ben Khalfallah from Melbourne Victory, who can chip in with the odd goal or two. Glory are the only side to finish in the top six for the past seven successive seasons, though they need to learn to maintain their momentum if they get off to a decent start.

A run of three consecutive losses over Christmas last year meant that they were always playing catch-up in the aftermath.

With three straight finals yet no Grand Final appearances since their rebranding from Melbourne Heart by City Football Group, City have flattered to deceive.

Their only trophy has been the 2016 FFA Cup, and for a team as blessed with talent as they are, their story so far has to be one of underachievement.

Having recruited Warren Joyce as head coach, who despite his issues at Wigan Athletic was a highly rated coach at Manchester United, it will be interesting to see whether City can push themselves into a Grand Final.

They will be hamstrung by the loss of captain Bruno Fornaroli who will be out until after Christmas; his 42 goals in 56 games over the last two seasons will be sorely missed. Much will depend upon the form and attitude of Ross McCormack, who seems to have burnt his bridges at Aston Villa and has the chance to start afresh to see if he can rekindle some of that form from his early career.

With a 37-year-old Tim Cahill who scored 11 in 22 last year for City, they will look to finish the job off this time as they seek to avoid an end-of-season capitulation similar to last year, where they were third going into the final month, but proceeded to lose three out of their last four.

Sudanese-born defender Ruon Tongyik will look to build upon his growing reputation, too.

All of WSW’s pre-season preparation was undone by the announcement that head coach Tony Popovic had left on the eve of the season to take up a role in Turkey.

Popovic brought Asian Champions League success to WSW in 2014, and caretaker coach Hayden Foxe has to work quickly and effectively if their season is to be salvaged.

They need to build some kind of consistency, too — it took over 20 rounds of matches last season before WSW registered back-to-back victories, and they will be relying on the likes of club stalwart Brendon Santalab and returning club legend Mark Bridge to lead the way with goals this season.

A season of stability is vital if WSW are to survive the departure of Popovic.

Any team that is managed by Kevin Muscat and has Besart Berisha as its star player is likely to be combative, and following the heartbreak of losing last year’s Grand Final to bitter rivals Sydney FC, Victory would like nothing more than to go one better and follow up their three previous victories with a record-breaking fourth.

Despite losing Marco Rojas who has gone to play in the Netherlands, keeping hold of the A-League’s record goal scorer Berisha means that Victory still have a tremendous amount of firepower up front.

The acquisition of former Perth Glory and Middlesbrough defender Rhys Williams also helps shore up the Victory defence, which leaked almost three times as many goals as the champions.

A Big Blue derby in the opening weekend means that Victory have a chance to put that Grand Final agony to bed and move on for the rest of the season.

Last season’s champions finished the regular season an emphatic seventeen points clear of their nearest rivals, after scoring the most and conceding the fewest.

The form of talismanic captain Alex Brosque, Brazilian Bobo and Milos Ninkovic will be key to Sydney’s attacking options.

Should they all be finding the back of the net, they may not miss the goals of Filip Holosko, who has returned to his native Slovakia. Keeper Danny Vukovic has joined Belgian side Genk, and defender Rhyan Grant is sidelined for several months, meaning that sides may fancy their chances a bit more against the A-League’s meanest defence last season.

Personally, I feel that many teams are in transition from last season and that again it could come down to Sydney FC and Melbourne Victory. For an idea of who I think may emerge as Grand Final champions next May, take a look at the header photo on my Twitter profile.

Featured image by Albinomonkey at the English language Wikipedia