Business as Usual in the Top 4 – La Liga Spotlight 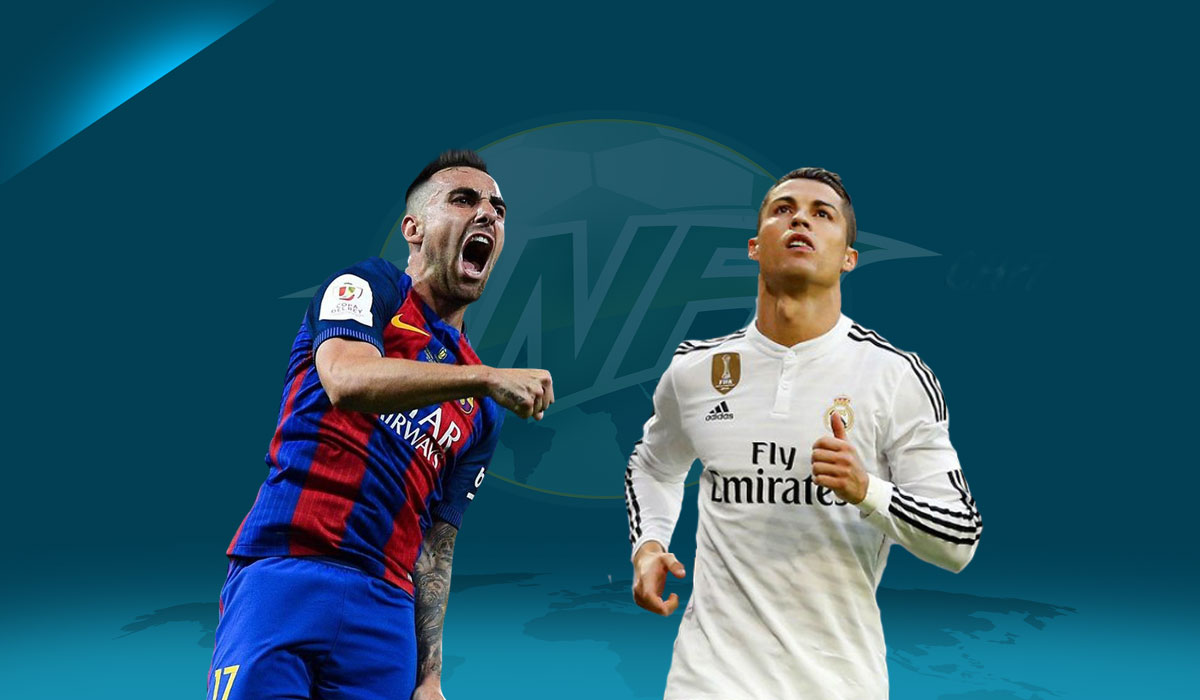 This past weekend saw all of the top four teams in La Liga bag three points. However, despite the results, not all is well with Barcelona, Valencia, Real Madrid and Atletico Madrid, writes Matthias Suuck.

In a very rainy Saturday evening matchup, Barcelona defeated an underperforming Sevilla side 2-1. The interesting statistic from this match was that Barca “only” had 52% possession. That being said, the league leaders created far more chances with their 4% edge in possession than their rather toothless opponents.

The player of the match for Barcelona was Paco Alcácer with his two goals. Oddly though, Ernesto Valverde substituted him off immediately following his second goal, thus denying him a potential hat trick.

Even more odd was Valverde’s choice to keep a woeful Luis Suárez on the pitch. In 12 club appearances so far this season (La Liga and Champions League), the Uruguayan has only scored three goals and has looked far from his best. The question everyone is asking is how long will Valverde stick with Suárez?

Earlier that day, red hot Valencia hosted an uncomfortable Leganes side. Valencia struggled mightily in the first half, with the guests squandering numerous golden opportunities in front of goal. Despite Valencia’s clear possession advantage, Leganes matched them in shots and shots-on-target over 90 minutes.

Daniel Parejo put Valencia up early with a deflected free kick goal. After that it was a surprisingly open match, with Leganes springing one counter attack after another on Valencia. Parejo dominated the match for Valencia and kept the center under control in the second half. That is also when things broke Valencia’s way, first with a great Rodrigo Moreno header and finally a Santi Mina penalty, which gave the match its final score line of 3-0.

A bit of a dampener for Valencia was Simone Zaza’s performance on and off the pitch. Marcelino substituted the Italian after 78 poor minutes. Zaza then showed is anger at being subbed off, first by stewing on the bench and then storming off to the dressing room well before the final whistle, despite his manager’s pleas for him to stay with his teammates.

They may have won, but Simone Zaza wasn't happy at being substituted!

Overall, Zaza has been a revelation for Valencia this season (9 goals in 11 appearances), but it is his poor attitude and occasional petulance that can easily lead to an upset locker room and thus derail a great season. Zaza’s performances will be key to Valencia’s continued success and it will be interesting to watch for the rest of the season. It was later revealed that Zaza went down the tunnel to use the bathroom, but whether this is a cover story to project a sense of harmony has yet to be revealed.

Saturday afternoon, Atletico Madrid put in another disappointing and tepid performance against hard working Deportivo La Coruña. In a match they should have been dominating, Atleti only had three shots on target all match and needed a last minute Thomas Partey free kick goal to win 1-0. Atletico’s strikers continue to underwhelm and superstar Antoine Griezmann is a shadow of himself.

The Frenchman has only scored three goals in all competitions (13 matches) and was justifiably taken off after 80 poor minutes. The lack of creativity and attacking drive has been a problem for Diego Simeone all season, but given his tactical philosophy I doubt it will change much moving forward.

The Canary Islanders had no chance against Madrid on the evening. Even though it took until Casemiro’s goal for Real to get going, after that there was no doubt who would win the match. A particular joy was Marco Asensio’s thunderous long-range goal, which is well worth checking out.

The only downside to this win was Cristiano Ronaldo’s behavior. It was most evident following Isco’s goal, where Ronaldo simply did not show any joy in his teammate’s goal.

Ronaldo has never been known to revel in other people’s success, but his lack of league goals (only 1 in 7 matches) seems to have exacerbated the situation even further.

Beyond not celebrating with his teammate, he looks downright annoyed when others are scoring. I am sure that “CR7” will start scoring again soon, but until then his behavior could make for a very unwanted distraction for Zinedine Zidane.