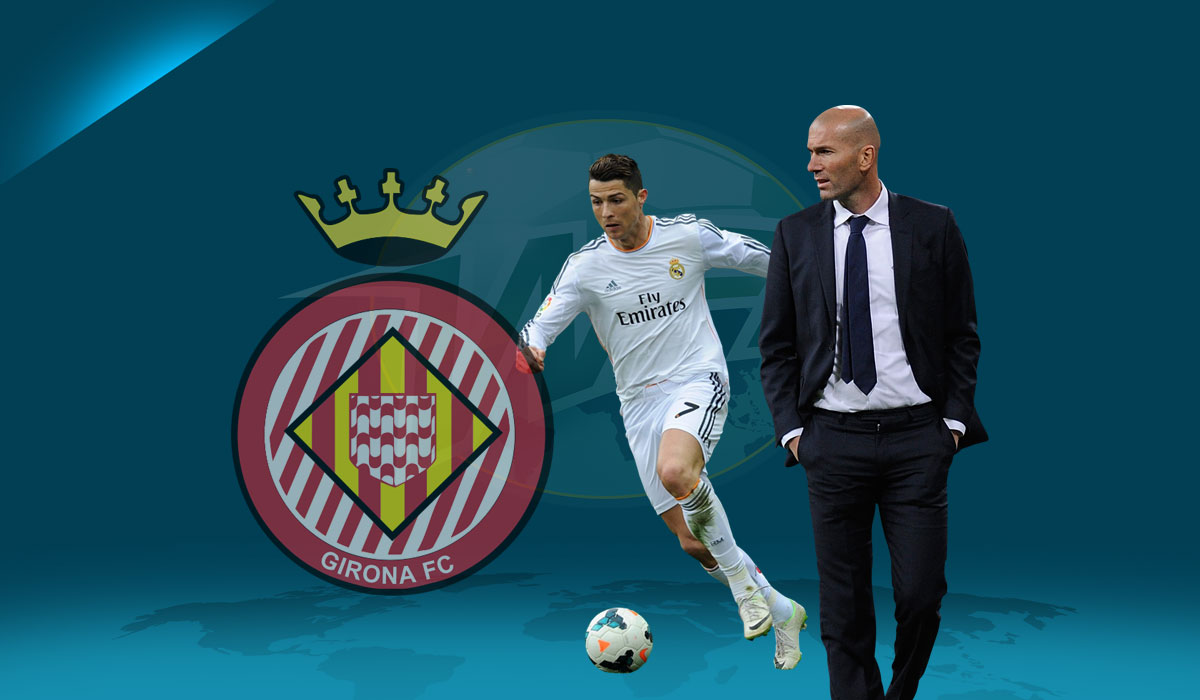 Judging by the headline, one would be led to believe that Real Madrid lost to FC Barcelona in the Clasico. However, on Sunday afternoon the mighty Real Madrid traveled to face Girona for the first time in La Liga play and were beaten 2-1, writes Matthias Suuck.

Girona played very well and had a perfect match plan for Real, not allowing their stars much time on the ball, and transitioning quickly into attack. As a German, I could only admire their Gegenpressing and how effective it was against Real Madrid.

Girona were unlucky in the first half, since the woodwork saved Madrid’s blushes twice. Granted, the luck returned to Girona when their winning goal was not flagged for a marginal offsides. All in all, they absolutely deserved the win against a complacent looking Real.

What was also great to see was that following Real’s lead, Girona kept on playing their aggressive style. They pressed Toni Kroos and Luka Modric to the point of seeing an uncharacteristically high amount of misplaced passes. This then lead to Cristiano Ronaldo and Karim Benzema being quite isolated and thus limited the danger Real Madrid could pose.

Additionally, Girona pressured the Madrid fullbacks Achraf Hakimi and Marcelo so much that they were not able to contribute offensively in their usual manner. The fact that Zidane substituted both of them in the 66th minute shows how much they struggled, but even their replacements could not effectively alter the course of the match.

After four straight wins, where it looked like Madrid’s season was back on track, the defending Champions League winners are slowly slipping out of the La Liga title race. The pre-Christmas (December 23) Clasico against FC Barcelona is quickly becoming a “must win” match for Real if they want any chance of challenging Barcelona this season.

Zidane: Real Madrid are not down in the dumps after Girona defeat pic.twitter.com/wLGeSAIRrb

Elsewhere, the tail of poor results for Madrid clubs continued. Atlético could only muster a 1-1 draw at home against Villarreal. After taking the lead, Diego Simeone simply went far too conservative and tried to protect the lead rather than expand it. Carlos Bacca grabbed a deserved equaliser in the 81st minute. Atleti’s conservative nature and lack of creativity shown so far this season is a huge dampener on any league title hopes.

In a highly entertaining match in Bilbao, FC Barcelona were able to capitalize on Athletic’s poor finishing to beat the Basque club 2-0. A draw would have been a fairer result, but if you don’t utilize your great scoring opportunities against them, Barcelona will make you pay.

Impressive Valencia kept their winning form going against bottom of the table Alaves. West Ham flop Simone Zaza gave Valencia the lead and Rodrigo Moreno rounded off the victory with a penalty just after the hour mark.

With the inconsistencies of Real Madrid and the slow pace of Atletico, Valencia seem destined to be the main challenger to Barcelona this season for the La Liga title.

Next weekend doesn’t see many great match ups aside from Barcelona taking on Sevilla at the Camp Nou. I expect both Real Madrid and Atletico Madrid to win their matches.

Valencia have a potentially tricky match against defensively solid Leganes. It will be interesting to see how Marcelino’s counter attacking style will work against a side who sit deep.